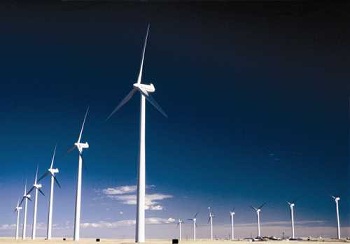 Xcel Energy announced details about new wind farms and the next phase in its plans for one of the nation’s largest wind energy investments.

By adding 1,550 MW of new wind power in the Upper Midwest, the proposal is Xcel Energy’s largest to date with a total of seven wind farms to be built in Minnesota, North Dakota, South Dakota and Iowa.

Xcel Energy will expand the company’s regional wind portfolio by 60 percent while providing enough energy to power more than 800,000 homes.

“This investment in renewable energy keeps bills low for customers while giving them the clean energy they want and helping us achieve 63 percent carbon-free energy by 2030,” said Chris Clark, president, Xcel Energy-Minnesota. “Wind energy is at historically low prices right now so we’re able to reduce emissions while securing long-term cost savings for our customers.”

Xcel Energy is proposing a combination of owned projects and power purchase agreements representing more than $2.5 billion in capital investments. Xcel Energy estimates that the proposed wind projects will save more than $4 billion in fuel and other costs, over the life of the projects. The company is taking advantage of federal production tax credits to secure low wind energy prices, part of Xcel Energy’s “Ëœsteel for fuel’ strategy.  Advances in turbine technology, improved wind forecasting and a newly expanded transmission system play a role in the ability to build new wind farms.

“We’re significantly increasing the amount of wind generation on our system in part due to the recent completion of Midwest transmission projects that connect wind-rich areas to our customers,” said Clark.

Xcel Energy’s plans are projected to generate nearly $200 million in property taxes over the life of the projects, benefiting the local communities. In addition, the projects are estimated to create about 1,500 construction jobs and about 80 full time jobs when the wind farms are operational. Landowner payments are expected to total more than $150 million over the life of the projects. Wind developers generally estimate about 200 temporary construction jobs and a dozen full-time jobs for a large, 200 megawatt wind farm.

·      Freeborn Wind Energy, a 200 MW project located in Freeborn County, Minnesota, and Worth and Mitchell Counties, Iowa developed by Invenergy

·      Crowned Ridge Wind Project, a 300 MW build-own-transfer project and a 300 MW purchased power agreement. The project will be located in Codington, Deuel and Grant Counties, South Dakota, developed by a subsidiary of NextEra Energy

·      All projects are subject to state and local regulatory approval. If accepted, projects will be in service by 2020.