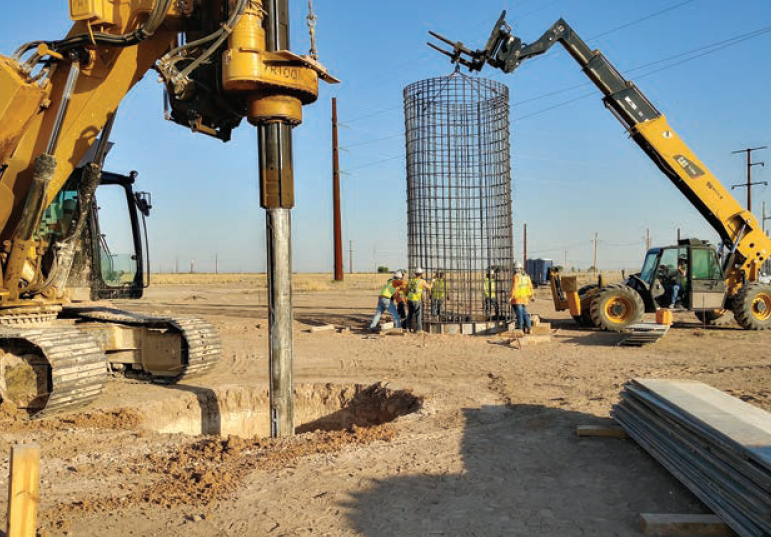 Minnesota-based Xcel Energy has made progress on hundreds of transmission miles for its expansion projects in New Mexico and Texas, the utility announced Thursday.

According to the company release, Xcel Energy’s Power for the Plains transmission expansion in New Mexico and Texas is moving forward, with more than 50 miles of new transmission already completed this year, and construction under way on another 300 miles in the two states.

The Power for the Plains initiative is a series of projects aimed at expanding and updating the electric grid to improve electric reliability and meet growing demand for the delivery of new generation, including renewable energy.

“Xcel Energy is committed to building a long-term energy future that delivers value to our customers and our communities,” said David Hudson, president, Xcel Energy—New Mexico. “New Mexico is the fastest growing region across Xcel Energy’s eight-state territory, and in the last year and a half, we have invested in new and upgraded lines and equipment to improve the long-term reliability our customers need to sustain that growth.”

Construction is taking place on five projects in the New Mexico area. Work on the 90-mile 345-kilovolt Hobbs-China Draw transmission line project in New Mexico began in April 2017. The project links the Hobbs Plant Substation, located about 11 miles northwest of Hobbs, with

In Roswell, 24 miles of transmission line upgrades are expected to be complete by February. The Roswell Loop project is an effort to replace older 69-kilovolt lines with new 115-kilovolt lines to boost reliability. The project includes upgrades to four substations.

In Texas, construction is taking place on another three projects. Construction on the first segment of a nearly 170-mile 345 kilovolt transmission line between Texas and New Mexico is also underway.

The TUCO-Yoakum-Hobbs transmission line is being built in three segments. Work in Texas on the 27-mile section between the Yoakum Substation and the Texas/New Mexico border began this month.

The Public Utility Commission of Texas has approved the 105-mile segment between Yoakum and TUCO substations. Approval on the final 36-mile segment in New Mexico between the state line and the Hobbs Substation is expected by the end of the year.

Transmission line construction is underway on a nearly 30-mile project between Canyon and Hereford. The existing 115-kilovolt transmission line is being rebuilt to increase capacity and overall network reliability. Work on the 13-mile 230 kV Wolfforth-Carlisle transmission line in Lubbock County is expected to be complete by March 2018. In addition, to the new transmission line, the project includes upgrading two Xcel Energy substations.