More
Home DISTRIBUTECH In a company full of circles, be a triangle 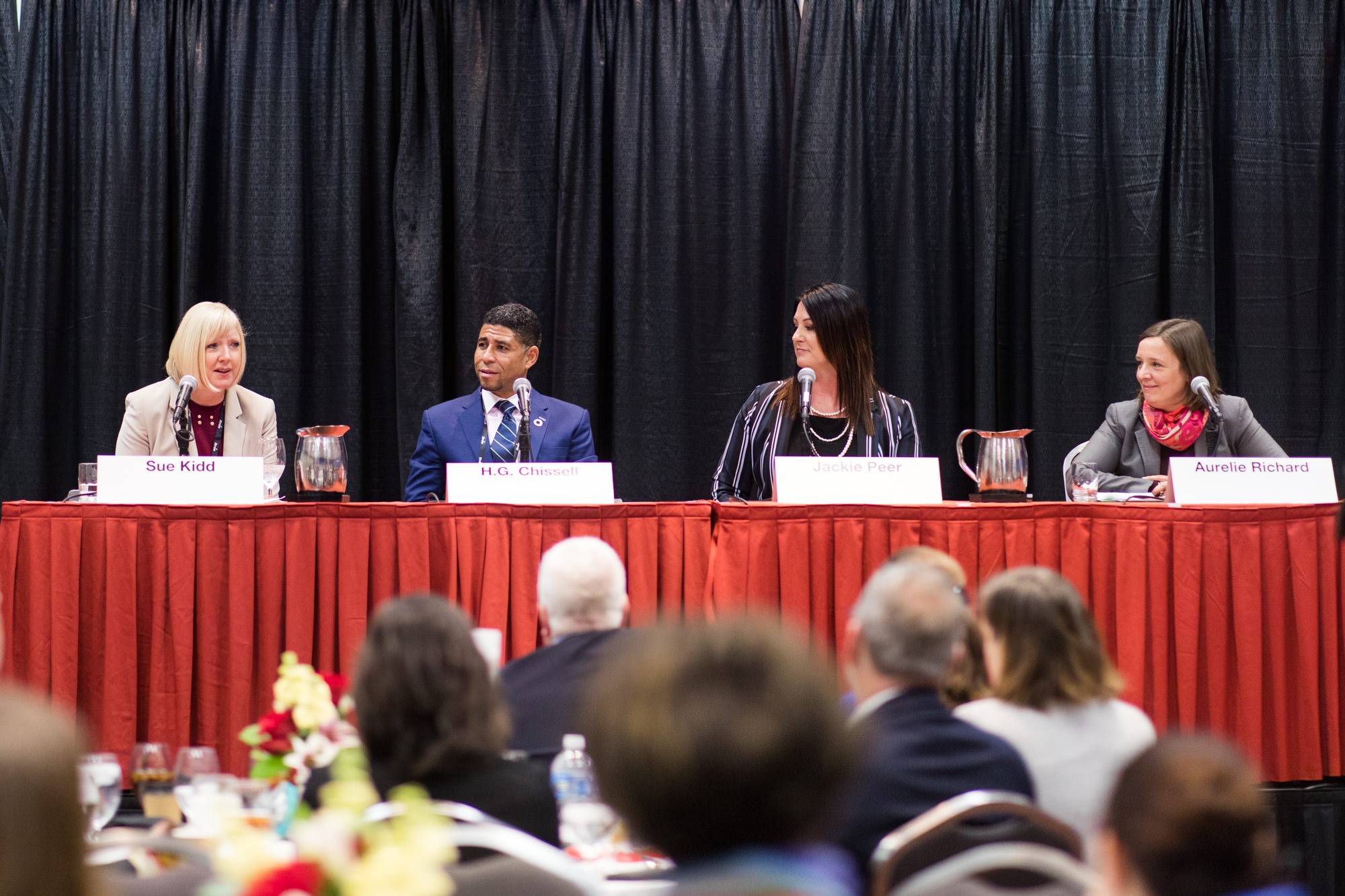 In the energy industry, the subject of diversity needs to be embraced in its broad sense. In an engaging panel discussion session during the Powered by Diversity lunch, three experts discussed their work to broaden energy sector diversity.

As Jackie Peer with Omicron pointed out, this is the first time we’ve had “five generations” working side by side. And every single person on the team has a voice, so it is important to ensure they are using that voice to continue to foster diversity of thoughts and approaches.

Moderator Aurelie Richard with S&C Electric Company, which sponsored the lunch, pointed out that the first step in working toward inclusion is to start with the diversity your company has.

Sue Kidd with Arizona Public Services discussed a variety of factors around diversity. As she pointed out, with Arizona’s shifting demographic makeup, it is important that the face of the people who work for the company start to look like the face of Arizona. And to diversity of thought, she pointed out that just because it’s an engineering department doesn’t mean everyone has to be an engineer.

H.G. Chissell with Advanced Energy Group said his group undertook an exercise to identify the most important core leadership trait. Their conclusion: leading conversations (not people). Having diversity is vital to help a group reach “overwhelming consensus.”

He also talked about using a “forcing function” to ensure diversity in a group, even if that means splitting people up who might traditionally stick together (peer groups for example).

With diversity of thought being such a central theme in the proper function of a company, Peer used a memorable analogy of team members as circles, squares, triangles, parallelograms, etc. If everyone in the company is a circle, but you are a triangle, act like a triangle. Don’t try to change yourself into a circle to comply.

Be proud to be a triangle because at the end of the day, Kidd said, there are too many people at the director level who think the same. We have to do purposeful things to get people to show what she calls their “leadership bones.” It is the only way to gain meaningful diversity, across all levels of a company.