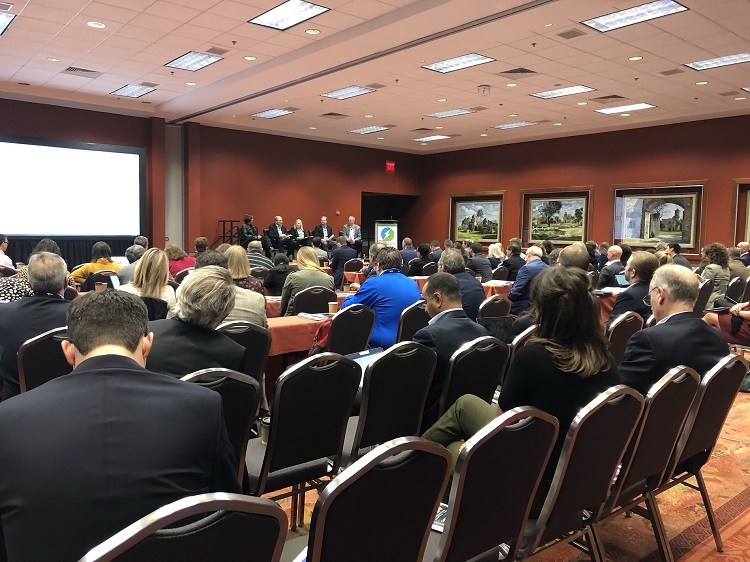 For the past 10 years, the Smart Energy Consumer Collaborative (SECC) has been studying, surveying, collecting data and releasing reports on consumer behavior, interests and viewpoints about energy and their utilities. Then, each year at DISTRIBUTECH, the group holds a symposium during which it reports on its findings.

Celebrating 10 years means that the group had a lot to report about at the 2020 event, which took place on Monday in San Antonio, Texas.

Patty Durand, SECC President and CEO opened the symposium by presenting the five key themes from the 2020 State of the Consumer report.

First, consumers are more ready than ever to engage with energy, she said. SECC breaks consumers into four segments: Green Innovators, Tech-savvy Proteges, Moveable Middle and the Energy Indifferent and asked each segment about time of use (TOU) rates. The group found that 68 percent and 62 percent of Green Innovators and Tech-savvy Proteges, respectively, have a preference for TOU rates.

Durand pointed to staggering amount of rooftop solar that was installed in 2019 (700 MW of capacity) as well as the $11 billion smart thermostat industry as examples of how consumers are more and more engaged with energy.

Theme number two: Segmentation is essential in a digital world. Durand said that utilities should focus their efforts on the segments of their consumers that will adopt new solutions – and not spend very much time or effort on those that won’t. For example, the Energy indifferent will not be interested in new programs, and utilities shouldn’t worry about them.

Third, SECC found that customer energy engagement is a journey. Utilities are learning how to engage consumers but they can start slowly. Durand offered an example of a utility perhaps starting with a lightbulb buyback program, then trying to get that customer engaged online, then perhaps encouraging them to invest in an energy efficiency audit. She said that personalization and contextualization is key and added that a lot of utilities have created or entirely revamped their customer service departments.

Fifth and last, SECC said that education is a clear, strategic opportunity for utilities.  Durand also said that many consumers self-report that they don’t know much about energy, which means that utilities should work to engage them through education.

At the conclusion of Durand’s presentation, Norma McCarthy, Customer Engagement Specialist at NB Power, took the stage to explain how her utility is involved in turning a community in New Brunswick “smart.” Shediac is a town in New Brunswick, population about 7000, that has a vision for being a smart city. McCarthy explained that the town went to the utility and essentially “raised its hand” saying that it wanted to be the first smart community in the province.

“They were onboard, but we weren’t ready,” she said. However, now NB power is helping two of the town buildings become net-zero, implementing smart thermostats and smart water heaters, rooftop solar and even time-of-use rates. In addition, NB power is building a 1.8-MW solar farm.

McCarthy explained that SECC data was very helpful to NB Power as it embarked on this Smart City journey.

“If you don’t have time to do it yourself, you can trust this data,” she said.