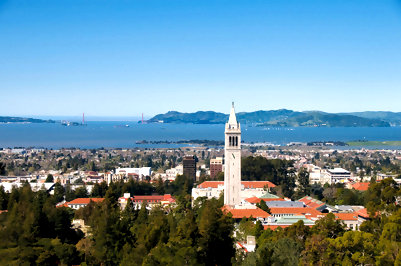 With the passing of a city council measure Tuesday night, the progressive mecca of Berkeley, California became the first in the nation to require new buildings to be built all electric starting in 2020.

This means new homes, apartments and commercial buildings will install no natural gas hook-ups. The ordinance does not affect existing buildings.

Currently, about 90 percent of California’s residences use gas for heating, according to the Energy Information Administration.

According to The Mercury News, there are more than 50 other cities in California pushing to amend building codes and ordinances to eliminate natural gas hook-ups in in new buildings, therefore requiring all-electric construction.

Councilor Kate Harrison, who proposed the measure, told the Mercury News that natural gas appliances contribute some 27 percent of greenhouse gas emissions in the city.

During a council meeting where the measure was discussed, Harrison’s staff used an electric induction stovetop to melt chocolate and gave out chocolate-covered strawberries to those in attendance.

According to the National Resources Defense Council, burning gas in buildings to heat water or run furnaces produces more greenhouse gas than all the state’s power plants.