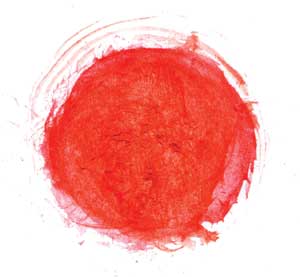 Most people never would compare Japan to Texas, but when it comes to energy markets, there are surprising similarities.

Japan might never enjoy the oil and gas production Texas has, but it is reforming its energy markets to look a lot like Texas. Japan is opening electricity competition for all customer classes and is preparing to launch a nationwide coordinator of electricity supply, transmission and distribution. Renewable generation is booming, and demand response pilots are underway. In a few years, Japan’s energy markets will have a whole new look.

Under the guidance of the Ministry of Economy, Trade and Industry (METI), Japan is revamping its electricity market from top to bottom. Everything from policy reform on customer choice and expansion of distributed generation through renewables to demand response and energy efficiency programs are on the table. This even includes breaking up the utility companies and forming a nationwide independent system operator (ISO) to propagate wholesale and retail markets.

Two important reforms have passed in Japan that will result in full electric competition by 2016. The first reform passed in November 2013 and created the Organization for Cross-regional Coordination of Transmission Operators (OCCTO), which is the corollary to a U.S. ISO. OCCTO is anticipated to be operational in 2015. This reform will create a wholesale power market in Japan along lines similar to the Electric Reliability Council of Texas (ERCOT). The second reform, passed in May 2014, mandates that all classes of customers be open for competition in 2016.

A third reform, yet to be voted on, is expected to unbundle the transmission and distribution sector from the power generation sector legally and to fully abolish utility retail tariffs in 2018-2020. This reform will result in the restructuring of the 10 Japanese utilities into four business units: a holding company, a transmission and distribution company, a generation company and a retail company, with generation and retail operating in the competitive marketplace. As in the U.S. ISO markets, utility transmission assets in Japan will be under transaction and scheduling management by OCCTO, the ISO, with open access for generators and retailers. Much like Texas, the utility distribution company no longer will provide electricity to end-use customers. 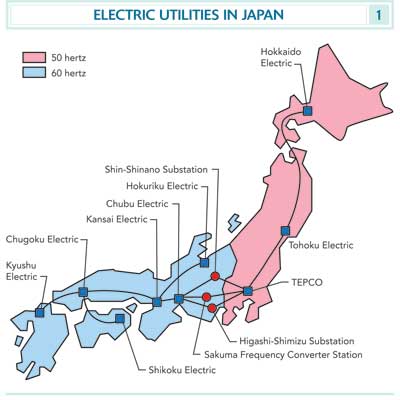 If the results are anything like the Texas deregulation experience, expect an influx of new marketing companies to go after their share of the $70 billion Japanese power market. The commercial and industrial (C&I) market in Japan has been open since 2005 for customers over 50 kW; however, power marketers, known as power producers and suppliers (PPSes), had achieved only 3.5 percent of the total market share by the end of 2012. One reason for slow customer switching is that a PPS can buy only excess power production from either utilities or independent generators, which means that volumes available to purchase and resell are relatively small. This will change dramatically once all the utilities break out their generation assets into competitive generation business units and as more new generation is built by independents.

A significant challenge facing the Japanese market is the east-to-west difference in transmission systems. The eastern sector of Japan operates its transmission at 50 hertz while the western operates at 60 hertz. The largest population and load is in the East. This load is served primarily by Tokyo Electric Power (TEPCO) with some 51 GW using 50-hertz transmission frequencies. Until transmission issues are solved, it will be challenging for PPSes to import generation from the East to serve customers in the West. 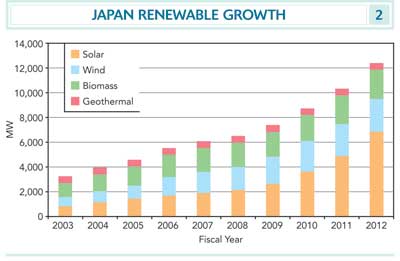 A fast-growing segment of the generation market is renewables, but unlike Texas, solar is growing much faster than wind generation with an expected 350 percent growth rate. A key driver for solar has been the Japanese feed-in tariff (FIT), which pays a premium of 42 yen (about 43 cents) for every kilowatt-hour of electricity that solar owners send to the grid for projects permitted in the first year of the FIT. This premium is guaranteed to residential buyers for 10 years and to C&I and utility-scale installations for 20 years.

Continued high growth of renewables has some limiting factors, such as: 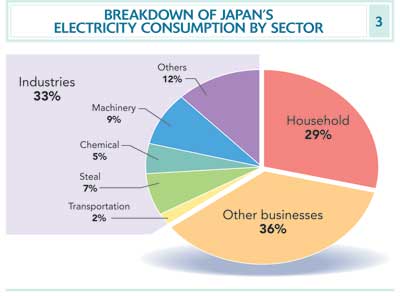 It’s not just the supply side of the market that is undergoing overhaul. There is equal focus by METI on the demand side of the grid. After the oil crisis some years ago, Japan became one of the most energy-efficient economies in the world. Since then, however, demand has grown exponentially, and energy efficiency policies enacted in 1999 have not been particularly enforceable. With only 5 percent of Japan’s building fleet’s meeting 1999 energy efficiency standards and some 30 percent of the houses in compliance, METI recently succeeded in pushing new policies. In 2013, a new Energy Conservation Bill was passed in April, and the Energy Savings Act was passed in October. Both laws are focused on commercial and residential demand initiatives. These include new construction energy efficiency standards for commercial and residential, as well as standards for equipment such as AC motors, LED lighting and others.

During summer 2013, testing demand response feasibility, interoperability and connectivity to smart cities were completed. As a result, Japan is adopting OpenADR 2.0 technology standards and already has certified eight companies. Starting in summer 2014, field trials with six demand response aggregators will begin with the goal of testing incentive-based demand response programs, as well as use of demand response for ancillary services. 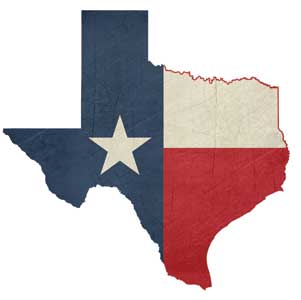 The new Japanese electricity market is rife with opportunity. For companies that have been through deregulation, smart grid and demand management in the U.S. and have honed their business models and developed technologies, Japan represents significant export or expansion potential.

Two reforms have passed in Japan that will result in full electric competition by 2016.

Peter Weigand is CEO of Skipping Stone. Reach him at peterw@skippingstone.com.

Sumitaka Matsumoto is director of Japan operations for Skipping Stone in Tokyo. Reach Matsumoto at smatsumoto@skippingstone.com.