Early findings from utilities in 24 countries that participated in the study of electric power transmission and distribution investment indicate that 43 percent of utilities plan to increase Capex for 2013 on enegy management systems (EMS), SCADA and outage management systems (OMS). Half plan on increasing Capex in 2013 for protection and control, and 55 percent plan on increasing transmission infrastructure Capex. Automatic meter reading (AMR) and advanced metering infrastructure (AMI) seem to be leveling out; 63 percent of respondents so far said there will be no change from 2012 spending on this.

Operations and maintenance (O&M) budgets for 2013 reflect a somewhat different story. Most categories of O&M spending were less likely to see an increase from the budgets of 2012. 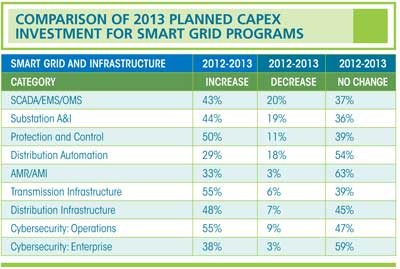 Seventy-one percent of responding utilities said they plan to start a new smart grid project in the upcoming two years, and 59 percent of those projects will include some form of distribution automation.

The new 2013 edition will include information about relative market trends and market size estimates for major smart grid building blocks. 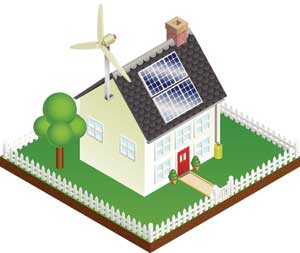 The smart energy sector is evolving rapidly, expanding from a collection of niche markets into a standardized part of the global energy portfolio.

Small, distributed generation technologies such as solar panels, small wind turbines and residential combined heat and power systems enable people to produce and sell their power. As a result, new energy sources and advanced energy technologies have entered the market and are posting revenue. According to a new white paper from Navigant Research, part of Navigant’s energy practice, the transition to a more diversified and decentralized energy mix will be a key trend for the global energy industry in 2013.

The white paper identifies five emerging metatrends that will have an increasing impact in 2013 and beyond. These include:

The white paper, “Smart Energy: Five Metatrends to Watch in 2013 and Beyond,” outlines key trends that affect the development of smart energy industries worldwide, the specific market impacts of these trends in 2013, and the longer-term impact of these emerging developments. The full white paper is available for free download on the Navigant Research website. 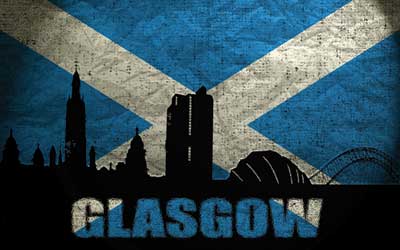 The company has grown rapidly to become one of the U.K.’s leading dedicated smart grid technology companies since it was established in 2008. Today, it employs more than 35 people, has an office in London and will open another in New York in July.

“We’re honored that Alistair Buchanan has agreed to open our new head office,” said Chairman Robert Armour. “The company’s growth has been driven by Ofgem’s Low Carbon Networks Fund, which has given us the opportunity to work with four of the U.K.’s electricity distribution companies to find novel and affordable solutions to help them bring about a low-carbon electricity future for consumers.”

Sydney-based survey and engineering company Network Mapping will aerially survey more than 1,000 km of high-voltage transmission lines throughout Queensland, Australia, during the next six months.

The aerial surveys will be conducted from helicopters and will use LIDAR, which is designed to produce detailed 3-D PLS-CADD models.

The surveys are being undertaken for high-voltage electricity company Powerlink Queensland.

“The information provided through the 3-D models will be used to update Powerlink’s records and assist in planning to deliver a safe, efficient and reliable high-voltage transmission supply,” said Roland Vitelli, Powerlink’s executive manager for infrastructure delivery and technical services.

The Demand to Grid Lab: Testing and Demonstrating Smart Grid and Customer Technologies in Berkeley Lab

At the Lawrence Berkeley National Laboratory Guest House, guests who have business with Berkeley Lab can get a comfortable night’s sleep while experiencing a living example of some of the laboratory’s scientific research. The guest house is one of the demonstration sites and the testing site for the Demand to Grid (D2G) Lab in the Demand Response Research Center (DRRC).

During the past year, the D2G Lab has tested and improved strategies and standards for demand-side interoperability, wired and wireless communications, communication architectures, devices, and monitoring and controls technologies. These strategies and standards are part of research that will improve the efficiency of the nation’s electric grid and how it responds to fluctuations in electricity demand or supply.

The initial goal of the OpenADR research was to explore the possibility of developing a low-cost communications infrastructure to improve the reliability, repeatability, robustness and cost-effectiveness of automated demand response. After the formal release of OpenADR 1.0 specifications in 2009 and implementation, the OpenADR standards are taking hold in the U.S. and around the world:

“Our team has been doing other research on commercial and industrial facility grid integration and demand response and its market transformation,” Ghatikar said. “We decided to use the guest house as a residential appliance research lab since the infrastructure we needed for the set up was there.” 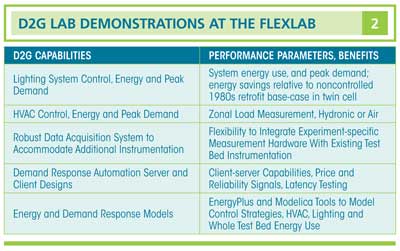 Demonstrations include communication between many end-use devices such as smart appliances, revenue-grade smart meters and a home-area network (HAN) gateway to receive demand response reliability pricing signals using OpenADR. Within the demonstration test bed, wireless and wired Internet and in-home protocols and standards such as ZigBee Smart Energy Profile 1.0 and other proprietary protocols are used to interoperate with OpenADR and respond with a change in energy use.

The guest house’s heat pump water heater is part of the demonstration. It has two modes of heating: resistive heating where a heating coil heats the water for everyday operation, and a heat exchanger that is used during demand response events. The heater uses 4,500 W of electricity during standard electric mode and powers down to 550 W using the heat exchanger during demand response events.

Like the water heater, General Electric’s other appliances-a washer and dryer and a staff refrigerator-are smart appliances that communicate and switch to low-power operations in response to demand response signals.

The guest house also features an electric vehicle charger by Coulomb Technologies, which switches to lower charge levels during demand response events. Before and during a demand response event, a message is displayed on the charger’s screen that lets consumers know what is happening and if they have to take any action. All appliances are pre-programmed to operate in a low-power-using mode when they receive test signals that emulate a demand response event.

Smart appliances are one piece of the puzzle, but the way information moves between consumers and the grid-and the way it can be viewed and monitored-is the foundation for demand response success. The D2G Lab is demonstrating and testing communication architectures including the Energy Service Interface, a generic interface between the service provider and the customer that can be a smart meter, a gateway or devices in residential settings, building management systems for commercial buildings, and energy management and control systems for industrial facilities.

OpenADR signals are used at the D2G Lab and can be sent over networks and transports (including the Internet) from the utility and other entities. Once the demand response event signal is sent, the appliances and equipment respond by changing the power use for a short time. Customers can override the changes if desired.

These signals are monitored and energy usage information for each end-use device is collected. The performance information is stored locally or in the cloud and is available from any Web browser via computer or smart phone.

POWERGRID International magazine is accepting nominations for the 2014 Projects of the Year awards! Nominations may be submitted for notable projects in four categories: smart grid, renewable grid integration, demand response/energy efficiency and customer engagement. Two finalists will be selected in each category and the winner will be announced, at the Electric Light & Power Executive Conference Awards Dinner on Jan. 27, 2014, in San Antonio. Award winners also will be recognized during DistribuTECH Conference and Exhibition’s opening keynote on Tuesday, Jan. 28. Additional information and nomination forms are available at www.power-grid.com.