Based in Pensacola, Fla., Gulf Power Co., a subsidiary of Southern Co., is an electric utility company that provides services to more than 430,000 customers.

Through the Gulf Power Energy Select Program, which included 10,000 participants, customers are given more control over their energy usage. Gulf Power allows Energy Select participants to automate their home energy usage by programming intelligent devices through an easy-to-use Web portal. This Web portal can be viewed on a computer, tablet or smart phone. Once programmed, these devices automatically respond to pricing signals from Gulf Power according to the settings chosen by the participants, which allows customers to “set it and forget it.” This includes specifying how central cooling and heating systems, electric water heaters and pool pumps react to signals sent from Gulf Power. 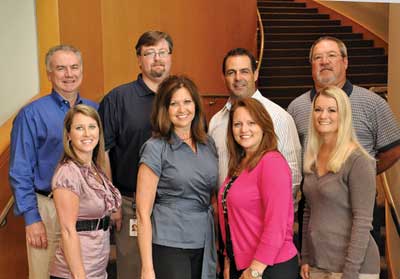 Gulf Power expects its Energy Select program to expand to 16,000 participants by 2016.

Unlike other major urban areas of Australia, which are covered by a series of interconnected networks, Western Power’s network is an isolated, self-contained network. That means electricity demand must be delivered only by Western Power without external backup.

With average summer temperatures’ reaching more than 104 F, residential air conditioner use in Perth, Australia, has increased from 45 percent in 1999 to more than 90 percent in 2012.

Results showed significant benefits. Electricity consumption for participating households was reduced by an average of 0.9 kW, which equates to 33 percent of the average air conditioner load. 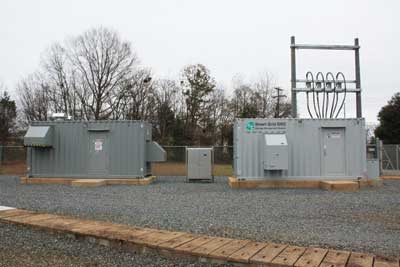 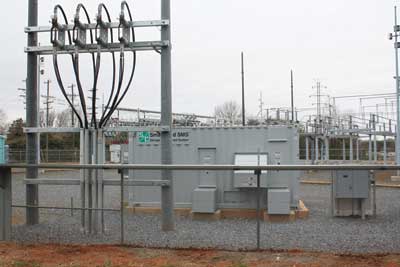 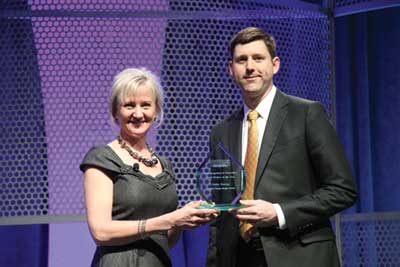 In 2010 after experiencing challenges with distributed solar generation, Duke Energy collaborated with S&C Electric Company and FIAMM S.p.A to create a solution. Because of clouds’ passing overhead, solar energy output was fluctuating rapidly. Cases showed that more than 80 percent of a solar unit’s output would drop in less than five seconds. To solve this, a battery system was created to absorb the solar-induced power swings and allowed the circuit’s voltage profile to remain smooth despite changes in power flow.

FIAMM delivered 12 sodium-nickel-chloride Zebra batteries to S&C Electric Company’s factory in mid-2011 for testing. The system was delivered to Duke Energy in December 2011. Duke Energy’s installation of the system in the Rankin Avenue Retail Substation in Mount Holly, N.C., was concluded in January 2012, and system commissioning was completed that February. Since then, the battery control system has been built, implemented and adjusted to develop the most effective way to use storage for solar-integration issues.

The project resulted in the deployment of a utility-scale energy storage system in early 2012 and the development and improvement of a utility application that increases the potential for solar integration to the grid.

The project will help guide the growing energy storage industry as it develops valuable solutions for utilities to absorb a higher penetration of intermittent renewable generation on the grid.

Runner-up. The runner-up for Best Grid Integration of Renewables Project of the Year is Acciona Energia S.A.’s implemention of power management, advanced control and energy storage capabilities in a utility-scale photovoltaic (PV) plant in northern Spain. 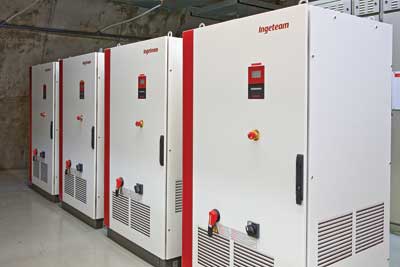 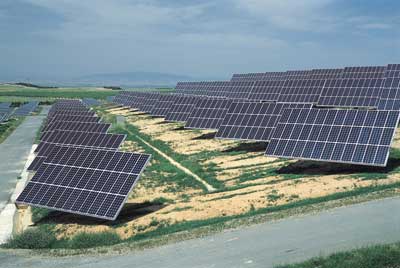 The project represents the first hybridization of a large-scale PV plant with storage under the same control system in Europe.

Acciona has developed a plant management system that controls active power injected by PV inverters in combination with a lithium-ion battery system. The storage system is a 560-kWh Li-Ion Intensium Max battery from SAFT and works as an additional source of power to support frequency in the grid without having to waste production. The system also is equipped to produce reactive power to support the grid in low-voltage cases and provide voltage regulation services. Designed for today’s electric grids and prepared for the smart grids of tomorrow, the system can deliver 700 V and 56 kWh of energy.

Installation is complete and the storage system is operational.

The winner of the Smart Grid Project of the Year is Sacramento Municipal Utility District’s (SMUD’s) SmartSacramento. 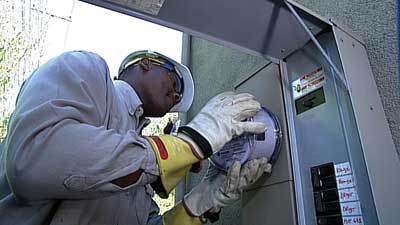 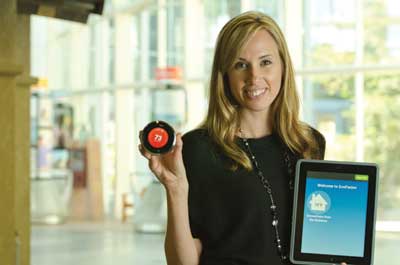 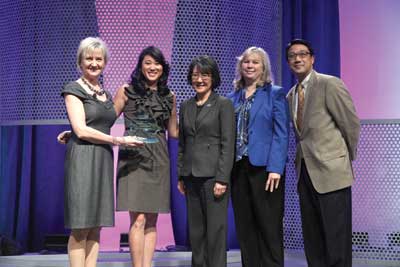 SMUD is the first large California utility to receive more than 20 percent of its energy from renewable resources. More than $307 million has been invested in the SmartSacramento initiative, including a $127.5 million Smart Grid Investment Grant (SGIG) from the Department of Energy—the largest awarded by the federal government to a California utility. SmartSacramento incorporates more than 20 projects designed to modernize the grid, reduce costs, increase electrical system efficiencies, boost energy savings, improve reliability and introduce customers to energy-management tools.

SMUD’s smart meter project started in late 2009 and was completed in June 2012. Smart meter installations contracted with Silver Spring Networks, Landis+Gyr and Utility Partners of America and were completed in 2012 with more than 619,000 meters. To date, the utility has saved more than $15 million of labor charges for billing, meter reading and disconnects and reconnects. Deployment began by conducting an 18-month trial with some 80,000 smart meters in areas within the service territory: downtown Sacramento, suburban Folsom and wide spaces of rural Sacramento County. In 2011, full deployment began as nearly 65,000 meters were installed monthly. 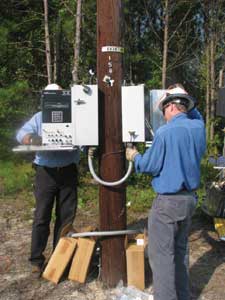 SMUD has educated and engaged its customers through letters, brochures, websites and door hangers and has held more than 150 community meetings with involvement of the utility’s board members and executives. While SMUD maintained a 93 percent customer satisfaction rating, less than 0.06 percent of customers decided to opt out of smart meters. The utility implemented an online tool for customers to access usage data in hourly intervals and offered pricing pilots that allow customers to take advantage of time-of-use and critical-peak pricing rates. 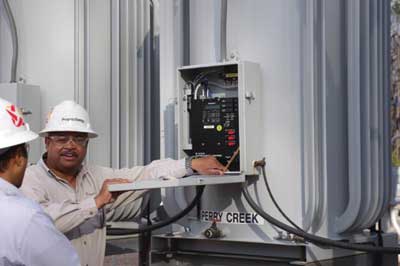 Through SmartSacramento, SMUD has been developing and implementing distribution automation, which includes the development of a control system that enables voltage reduction; volt/VAR optimization; automated sectionalizing and restoration; supervisory control and data acquisition (SCADA) retrofitting of 40 substations; and installation of automated line equipment on 18 percent of the distribution grid. SMUD contracted with Intergraph Corp. and completed its outage management system upgrade in September. SMUD also contracted with Lockheed Martin, and a demand response management system will be completed in April.

Partnering with six local government agencies, SMUD installed and implemented an emergency management system with automated demand response capability in more than 120 buildings. The project includes the installation of more than 25 smart charging stations for plug-in hybrids and electric vehicles and the installation of an advanced metering infrastructure (AMI) meter network and grid improvement project.

SMUD’s 54 pilot studies are scheduled to be complete by April 2015. The resulting potential energy savings is estimated to help save the utility $8 million to $15 million annually in power supply costs.

Runner-up. The runner-up for Best Smart Grid Project of the Year is Progress Energy Carolinas’ achievement of its Virtual Generation on Grand Scale project.

During the planning phase, Progress Energy Carolinas, now part of Duke Energy, issued a request for proposal for a vendor to upgrade its SCADA system as part of deploying an advanced distribution management system (ADMS). Upon evaluation of the proposals, the utility selected Telvent as the vendor.

The most important benefit is the reduced dependency on fossil fuels. This benefits the environment and the health of the community, and Progress Energy is addressing North Carolina’s legislative criteria for carbon emissions. The Clean Smokestacks Act, enacted in 2002, requires all power companies in the state to reduce their smog-forming emissions by 75 percent over a 10-year period.

The winner of the Best Smart Metering Project of the Year is NV Energy’s NVEnergize project. 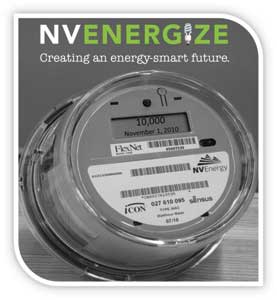 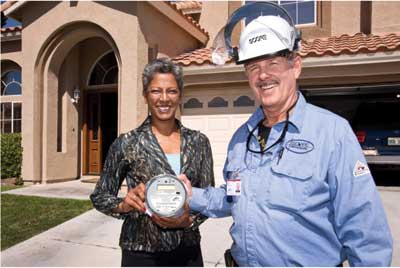 NVEnergize is a strategic smart grid project that integrates customers with their utility through advanced technologies.

NVEnergize has provided customers access to Web-based information about their usage and tools to manage their energy. The AMI presentment dashboard provides customers with their usage patterns and shows the impact of changing those patterns. Alerts inform customers when consumption and expenditure thresholds have been achieved. More than half of NV Energy’s customers have signed up for the MyAccount portal, which includes access to AMI presentment and enablement of alerts.

NV Energy has deployed more than 1 million electric meters and 156,000 gas modules across the utility’s service territory, encompassing more than 98 percent of the population of Nevada, and has introduced smart meter opt out at customer discretion.

The duration of the project was 2010 to 2012. The Nevada Dynamic Pricing Trial will continue through Dec. 31, 2014. The total project estimated cost is $303 million with funding supported by a $139 million DOE SGIG.

In 2009 with the availability of SGIGs from the DOE and under the American Recovery and Reinvestment Act, CMP began implementing a smart grid project with an AMI. CMP’s grant was the third-largest grant in the country.

Before these benefits could be realized, the utility faced challenges as the project went from design to deployment.

In July 2010, CMP finalized agreements with Trilliant for the development of a smart grid communications network and an AMI solution. CMP is implementing Trilliant’s SecureMesh AMI network, an element of Trilliant’s Connected Energy Platform.

The Maine Public Utilities Commission required the development of an opt-out program for customers who did not wish to have smart meters on their property. CMP offered customers the options of leaving an analog meter in place or turning off the smart meter’s transmitter, as well as an opt-out program. CMP conducted a campaign to officials in hundreds of small cities and towns and addressed questions and provided a platform for outreach to residents through municipally hosted public forums. During these community forums, CMP invited customers to participate in discussions.

More than 1 million bills have been generated using AMI data; more than 70,000 truck rolls have been avoided; and a 95 percent reduction in bill and related calls has occurred.