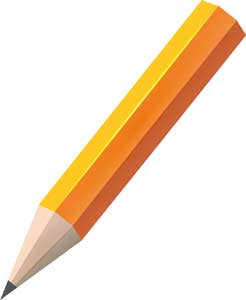 Many countries face similar power grid issues as the U.S., although the reasons might differ. Germany, for instance, experiences periodic excess energy capacity from renewable energy. Countries such as Japan have energy shortages and rely on emergency reserves. Any of these challenges can be overcome with a solid demand-side management strategy.

The Need for Automated Demand Response

Demand response plays a vital role in grid stabilization during hot summer months and cold winters when it eases severely constrained electrical grids from coast to coast. Future energy crises caused by electricity demand’s exceeding system capacity can be postponed or averted through demand response. With increasing dependence on renewable energy, energy production becomes less predictable and more intermittent. To balance swings in energy supply and demand fast, demand response can be effective when it is sufficiently automated.

The Federal Energy Regulatory Commission (FERC) defines demand response as “changes in electric use by demand-side resources from their normal consumption patterns in response to changes in the price of electricity, or to incentive payments designed to induce lower electricity use at times of high wholesale market prices or when system reliability is jeopardized.” The ability of demand response to avert an energy crisis is so promising that one FERC commissioner identified demand response as the “killer application” for the smart grid.

Such end-to-end automation requires standardization. For ADR, this means a common way for wholesale producers to communicate with utilities and aggregators, who in turn communicate with their customers who then can reduce demand during peak periods. Without an ADR standard, automated and fast demand response would be difficult and costly to implement. System development, integration and installation costs could grow to prohibitive levels, and these proprietary and expensive assets eventually could become stranded. Without a standard, it would be difficult for utilities to implement this “killer application” effectively.

OpenADR is an open and standardized way for electricity providers and system operators to communicate demand response signals with one another and their customers using a common language over any existing Internet Protocol (IP)-based communications network, such as the Internet. As the most comprehensive standard for ADR, OpenADR has achieved widespread support throughout the industry. The OpenADR 2.0b Profile Specification, which describes implementation details of the standard, also has been published by the IEC (International Electrotechnical Commission) as a publicly available specification (PAS).

History of OpenADR. The California energy crisis of 2002 served as the impetus for the effort that led to the creation of version 1.0 of the OpenADR standard. The Demand Response Research Center (DRRC), which is operated by Lawrence Berkeley National Laboratory, created the standard with funding from the California Energy Commission’s Public Interest Energy Research (PIER) program. Shortly after 2002, the DRRC worked with the California investor-owned utilities-Southern California Edison, SDG&E and Pacific Gas and Electric Co.-to develop this technology jointly through pilots and program implementations.

In 2009, OpenADR was included in the Smart Grid Interoperability Standards Framework, and FERC identified OpenADR as a key standard for demand response. Additional standards work was performed by the Smart Grid Interoperability Panel (SGIP), which is being tasked by the National Institute of Standards and Technology (NIST) to oversee standardization of the smart grid. The North American Energy Standards Board contributed to the effort by developing a set of requirements.

The work to create version 2.0 of the OpenADR standard was performed by the Organization for the Advancement of Structured Information Standards (OASIS) through its Energy Interoperation (EI) Technical Committee with assistance from the UCAIug OpenADR Taskforce.

The OpenADR Alliance, formed in 2010, then took the standards framework and built an interoperable and implementable profile specification-OpenADR 2.0a/b Profile Specification-including a solid testing and certification program. Some 50 certified systems are available.

In 2014, the OpenADR 2.0b Profile Specification was also published by the IEC.

How OpenADR works. OpenADR 2.0 is a Web services protocol that enables fast, reliable and secure information exchange among demand response program operators, aggregators and end customers. When the need for a demand-side change arises, whether electrical power consumption should be reduced or increased, the OpenADR 2.0 Server or virtual top node (VTN) creates an OpenADR 2.0 event message. This message can contain various information that identifies the target energy resources, the type of curtailment or energy adjustment, as well as many other scheduling functions. The OpenADR 2.0 client or virtual end node (VEN) receives the message and acts appropriately. The energy resource on the client side also can opt in or out of the demand response event and provide feedback back to the VTN. The entire interaction happens over an existing Internet connection and completes in milliseconds.

OpenADR 2.0 also can interwork with other popular protocols for energy management, including BACnet, LonMark and the Smart Energy Profile.

Commercial, industrial and residential customers and energy aggregators will be able to reduce costs, time and risk in the selection and deployment of products and systems based on the OpenADR standard. Work being performed by the OpenADR Alliance will educate these stakeholders about demand response benefits and will increase their confidence in the available solutions with rigorous testing and certification programs.

As a result, demand response equipment vendors and systems integrators will be able to accelerate the time to market for and decrease the development costs of innovative products and services while electric utilities, independent system operators (ISOs) and regional transmission organizations (RTOs) will gain faster access to the market, experience lower capital and operational expenditures and achieve greater success with demand response programs. Even regulatory agencies will benefit from knowing that the introduction of new pricing policies and tariffs will not be undermined by incompatibilities or other end-to-end impediments in the marketplace.

The Role of the OpenADR Alliance

Rolf Bienert is technical director of the OpenADR Alliance, where he is responsible for crafting and managing the technical strategy, direction and activities of the alliance.