When Unitil, a provider of natural gas and electricity to more than 175,000 customers in New England, decided to develop a social media presence, the team took a thoughtful, measured approach that has paid dividends. 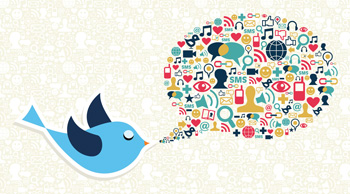 By putting a sustainable plan in place, Unitil’s social media has become a successful and manageable tool for its communications team; however, Unitil didn’t shift from a disconnected utility to a social media savant overnight.

As late as 2009, Unitil had no social media presence, and times were changing fast.

With recent major storms still fresh in the minds of customers and state utility commissions, public utilities across the region–including Unitil–were facing a new reality: finding new, more effective ways to communicate storm information and restoration updates. It was time to get online and start talking.

Backed by a virtual mandate to start using social media, the need to convince internal and external stakeholders was negligible. Getting on social media wasn’t a matter of if, but how.

The first step was to revamp the company’s information flow. Before 2010, Unitil relied on a sometimes unwieldy interactive voice response (IVR) system to deliver outage information to internal departments.

In late 2011, the awkward call blast system was replaced with a real-time outage management system (OMS), which is now fully accessible by employees across departments. The communications team no longer must wait for information to trickle down from the operations end. Rather than the traveling of information link-to-link through a chain of command, it starts at the top and travels out in a 360-degree manner via mobile text and email alerts.

By developing an internal communications system capable of keeping up with the speed of social media, Unitil can funnel information directly to customers from numerous Unitil departments, including customer service. For Alec O’Meara, Unitil’s media relations manager, this shift in flow is critical.

“We live and die by information,” O’Meara said. “By eliminating the IVR as a middleman and replacing it with the OMS, we don’t have to wait for updates from the crews out in the field. We have nearly immediate access, which allows us to quickly obtain information we can share with customers and the media.”

Equipped with the tools to deliver information quickly and the medium–the Web–through which to do it, Unitil had strategic decisions to make: Which social media outlet was most appropriate? What types of information would it deliver to customers via that outlet? What kinds of customer and media inquiries would Unitil directly manage through social media, and which would it delegate? And how?

“Social media can do many things, but we knew we couldn’t rely on it to do everything,” she said. “We had to determine how we could most reliably and efficiently serve the greatest number of customers.”

The team started with Twitter. The platform was intrinsically built for active information exchanges. Its 140-character limit meant Unitil’s output had to be concise, and its setup meant customers weren’t required to “friend” or “follow” the company to see its tweets. In addition, the team thought its planned content–especially outage information–would be delivered best through this dynamic, quick-bite medium.

O’Meara said an outage typically is a quick story.

“It breathes on Twitter,” he said. “And with our new OMS, we now have an internal communications system that moves at Twitter’s speed, which allows us to report information in real time.”

Unitil also knew that no matter how ready it was to embrace and use Twitter, the tool would augment–not replace–the company’s established customer service protocols. Rather than create an additional channel for individual customer service issues, Unitil used social media to deliver restoration information, weather updates and safety and preparedness tips. Occasionally, it also shares information about community partnerships, including with the American Red Cross and United Way.

Francoeur said Unitil has worked to set expectations for its Twitter audience.

“We want our customers to see us as a friendly and informative voice, but we also want them to know the appropriate channels for reporting individual outages or problems,” she said.

Customers are directed to report outages to customer service by phone or through an online outage form that feeds directly into the OMS. To help set these expectations, the Unitil account includes a Twitter “hours of operation” in the header of the Twitter feed. The description reads, “We’re a gas & electric utility serving MA/ME/NH. Follow us for energy efficiency info, outages/restorations & how we support the communities we serve.”

Twitter is monitored during normal business hours by a communications team member and overnight and on weekends on an on-call basis. In case of an emergency, such as a major weather event or extended outages, the team employs a 24/7 monitoring schedule in 12-hour shifts.

The team created a flowchart for resolving customer issues via Twitter. Regardless which company department will be responsible for resolving an issue, the team aims to acknowledge each inquiry in a timely fashion, especially if a person has tweeted a public complaint, unique question or potential emergency. From there, the team directs the inquiry to customer service and follows protocols to escalate issues appropriately.

“There’s always the chance we’ll get a disgruntled customer who wants to make waves on Twitter,” Francoeur said. “When that happens, we ask them to message us privately so we can get their contact information and address their issue as quickly as possible.”

When Unitil’s Twitter account launched in December 2010, media outlets were its first followers, which the team viewed as a good thing. It chose Twitter for its ability to deliver quick, brief, timely updates–the type of content the media needs during a major weather event. Customers and other stakeholders soon joined in, following Unitil for storm and restoration updates and contributing to a successful launch.

“I find social media, specifically Facebook and Twitter, very helpful in disseminating information to my constituents,” she said. “I think that many constituents aren’t necessarily looking for an exact time when their power will be restored, but confirmation from the utility that they are aware of the problem and are actively working on correcting it. Unitil has really enhanced their communications over the past several years, which is extremely helpful to the communities I represent.”

To remain successful, however, utilities cannot simply possess and distribute information via social media. They must define their goals.

The Unitil team set a qualitative goal (be dependable for customers through the medium) and a quantitative goal (achieve Twitter followers equal to 1 percent of the customer base in the first year).

How would dependability be measured? Unitil defined a schedule for Twitter coverage: weekday, business-hour coverage and off-hour and weekend coverage. It enlisted its communications team and support from its partner public relations agency.

Francoeur said it’s a careful balance for Unitil and its followers.

“We want to be informative and present for our audience without overwhelming them with too many tweets or irrelevant information,” she said.

At any moment, at least one person–and often two–is manning the Twitter feed full time, giving it his or her undivided attention.

Emergency coverage begins in the early morning and extends late into the night.

By increasing communication with customers during these events, Unitil sets expectations for restoration, O’Meara said.

“When customers know what’s happening–and that something is happening–they are generally less frustrated,” he said. “Explaining our process to customers is crucial, especially during storm restoration.”

Many of Unitil’s Twitter updates are designed to educate the audience. An example is letting followers know crews cannot begin restoration efforts until blizzard winds have died down.

“We have to look out for the safety of our crews to prevent an emergency situation from becoming more dangerous, and Twitter is the perfect medium for us to communicate that message,” O’Meara said.

Dependability also means responding to and addressing all questions received through Twitter. For efficiency, some experts suggest evaluating and prioritizing a question based on a person’s relative clout, which is the number of followers he or she had, status as a member of the press, etc. The team quickly determined this wasn’t the right approach, Francoeur said.

“Each person who talks to us on Twitter is valuable to us, whether they are a customer, a community member, or a member of the press,” she said. “We aim to sufficiently address or appropriately refer all questions we receive.”

Unitil easily achieved its goal of having at least 1 percent of its customer base as followers in the first year. Much of its Twitter growth has been organic, Francoeur said.

“Our follower count grows gradually as time passes, but we gain large chunks each time there’s a storm,” she said. “Now with almost 3,500 Twitter followers, we have an outlet for speaking directly to our customer base.”

The company has proven the value of its communications strategy multiple times during the past several years.

The report lauded Unitil for its storm response and quick restoration times, which were aided partly by the utility’s internal OMS and online tools that allowed customers to report outages more rapidly and accurately.

Unitil also established a presence on Flickr and YouTube to share stories of employees, processes and storm experiences, which adds more of a human element to what had been a faceless utility.

During storms, Unitil sends photographers and videographers into the field to capture storm damage and document crews as they work to restore power.

Posting these photos on Flickr and sharing them on Twitter tells a story in a compelling, timely manner.

Unitil plans to launch a Facebook page in 2013 with content to engage customers and stakeholders in deeper conversations about topics such as energy efficiency, emergency preparedness and community partnerships, Francoeur said.

“We credit our social media successes to our ability to work together and actively listen to what our customers are telling us,” Francoeur said. “Each online interaction is a learning experience. By building on our strengths, we’re well-positioned to grow our social media presence and keep our customers as informed and educated as possible.”

Carol Valianti is vice president of communications and public affairs at Unitil.