The Energy Independence and Security Act (EISA) of 2007 did not set a comprehensive national energy policy, but it contains the seeds of a construct potentially as valuable. In EISA, Congress called on the National Institute of Standards and Technology (NIST) to develop smart grid standards.

“Smart grid” has vague meaning. The IEC states that smart grid is a marketing term not needing formal definition. Instead, smart grid is a call to do better, acknowledge change and create a platform that supports energy diversity. Recognizing this, NIST formed the Smart Grid Interoperability Panel (SGIP) from stakeholders and experts. The goals of SGIP were and are to identify the types of standards needed, to enlist participants and standards-setting organizations to create them, and to do this in a short time. 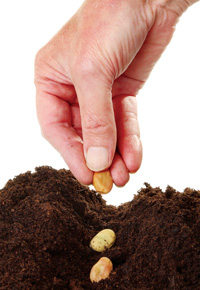 NIST modeled the SGIP in a similar 1980’s initiative to create Internet standards, the IETF. That group moved from government oversight to an industry public-private partnership in seven years. The SGIP has done the same in three years. This is not the slow-moving industry people perceive.

This could not have happened without robust contributions from utilities, transmission grid operators, regulators, manufacturers or service providers. The key was NIST’s conceptual framework, which caused members to focus on bite-sized chunks, real-world cases and early involvement of standards. NIST also announced SGIP 2.0, which formalizes this process with an independent public-private partnership.

Consider demand response and smart meters. Descended from load control switches and time-of-use, interruptible rates or both, demand response used to be synonymous with curtailment. Proper management required baseline calculations, hardware data loggers and complex communications and settlement procedures that still exist. Meanwhile, smart meters have evolved from automatic meter reading to advanced metering infrastructure to sophisticated gateways, allowing all manner of new interactions once the industry understands what those are. In the background, regulatory staff tries to reconcile the slow public rules-adoption process with the speed of what is possible.

This sets the stage for the SGIP process and a derivative function called Transactive Energy. The road starts with two base standards arising from SGIP action: Energy Interoperation and Energy Market Information Exchange (EMIX). Both standards result from collaboration with OASIS. In the first example, Energy Interop is a large body of work that provides a common method for communicating energy information among diverse stakeholders. The OpenADR Alliance developed profiles based on this standard that allow utilities and their commercial customers to interact for mutual benefit. OpenADR is in widespread use in California and growing elsewhere. This allows energy communities to focus on goals, not tools.

Rather than invoke direct control over customer loads, utilities use OpenADR to send dramatically variable pricing signals. Customers configure their own systems to receive that signal and take the action or no action deemed prudent. Those customers who use energy at the most challenging times will pay significantly more and will fund improvements. If few pay the premium rates then improvements are not needed because of customers’ changing habits. No baselines or complex settlements are needed.

Consider the bane of demand response: monitoring and verification. Any student of logic knows it is not possible to prove a negative. In this case, demand response program sponsors pay based on an assumption that participants did not use energy. How much didn’t they use? That question has an answer only by assuming that there exists a valid average usage, or baseline, against which monitored performance is compared. It is not possible to know whether such performance is intentional or whether the load would have dropped.

Transactive Energy (TeMIX), a derivative profile of EMIX, offers a more effective possibility. It allows energy suppliers to use their systems to offer lower costs to customers who use energy in a certain load shape. Conversely, energy user systems can broadcast an ability to shape the loads they control with varying flexibility. Moreover, some of that load can be met with long-term commitments, some with spot commitments and everything in between. Where there is a match there is a contract complete with electronic terms and conditions.

Monitoring determines if those terms were met, but on a transactive basis. There’s a price for every point on the supply curve. Failure to perform results in a higher cost, but the need for arcane rate structures and error-prone baseline calculations disappears.

This is not a future scenario; it is possible within SGIP’s Catalog of Standards and commercially available technology. This is not new. Any commodities trader or frequent air traveler is familiar with the practice.

There are a thousand ways to apply this concept, perhaps best documented by the library of use cases resulting from the SGIP’s work. How does this work help form a new energy culture?

Almost every state has a utility commission, energy policy office and an environmental office. These are mirrored at the federal level, which also has regulators concerned with reliability, security and market fairness. This infrastructure sits on a constitutional framework that prevents absolute authority. Given this, waiting for a national energy policy to act is a prescription for frustration and inaction.

That’s why politicians use an effective alternative: money. There are research and development grants, tax incentives, defense contracts, General Services Administration contracts, system benefits charges and abundant other funding that encourage new thinking, development and services. The theory says that worthy developments will prove attractive to markets and will become self-supporting through sales revenue. In electric energy, the reality is an enormous administrative overhead to market entry and no clear way for willing customers to find compatible sellers.

An evolving energy culture might address this by decoupling economic systems and distribution systems. Again, standards from SGIP’s catalogs would support plug-and-play types of support, which would allow new resources to connect to the grid, advertise their capabilities and for other systems to understand how those capabilities could be deployed to advantage. The financial communications side of those standards would advertise those capabilities to markets where buyers could commit revenue. A large enough revenue stream amounts to a de facto energy policy supported by the audience for that offer. The market place of ideas influences the ebb and flow of audience size and allows a warm weather coastal community to observe different customs from a cold weather inland community.

The grid is critical to the nation so energy product enthusiasts must accept some prerequisites before any new resource is ready for acceptance. Again, the SGIP addresses this through its testing and certification work. Even energy products that pass all tests face the challenge of interactivity on the grid. Renewable resource integration is a hot topic in this arena.

Weather happens with dramatic impact on specific renewable resources. One of the newer SGIP efforts underway is to determine what and how to communicate weather data usefully to energy devices that need it. Consider the case for demand-side regulation services. In many minds, use of demand-side resources seems improbable; however, early market results in PJM and elsewhere suggest differently.

Balancing resources are unique in several respects. Unlike congestion relief resource, they can be separated by long distances. Properly executed, program participation can be imperceptible to demand-side participants. Existing advanced control systems already have the capability to support inbound service request signals. Balancing services are among the most valuable in supported markets, so there is an economic incentive to participate.

This suggests a natural fit between the variability in certain renewable resources and the ability of demand-side resources. Every industrial contains variability. Controls can manage this variability so it looks like a fast-acting storage, a virtual battery to the grid. Existing systems can manage these characteristics across portfolios of widely separated assets to present a mathematically unified balancing service to grid operators.

“The promise of capturing demand-side storage delivers huge value to the power system,” said, Ron Dizy, CEO of Enbala, which is working with PJM and Oak Ridge National Laboratory to identify industrial processes. “Now, loads can react to real-time power system needs–delivering bidirectional, fast, continuous and automated response–all without impacting their operations. They are leveraging their inherent process storage.”

With the combination of targeted weather data, sophisticated systems controls, open standards, automated market participation mechanisms, and an evolving energy culture, these developments would encourage renewables, make them mainstream and catapult the U.S. energy mix to the forefront of global efficiency. This is the power of a new energy culture.

Phil Davis is senior manager of Schneider Electric’s Demand Response Resource Center and has 35 years’ experience working for and with North American utilities to design effective demand-side programs. He is a voting member of the Smart Grid Interoperability Panel and a frequent speaker on smart grid.