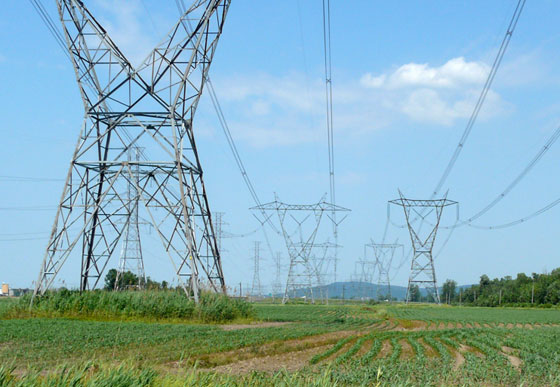 Deregulated utilities are considered to be more trustworthy and responsive to their customers, according to a study of more than 1,000 utility consumers by marketing analytics agency, Bug Insights.

Willingness to recommend vs actual recommendations

The survey also uncovered interesting data for marketers of utilities when it came to willingness to recommend versus actual recommendations. Demographically, Traditionalists (age 71+) were found to be more willing to recommend.

The study looked at the most important factors that drive purchasing. Using conjoint analysis, a methodology that forces respondents to make trade-offs, Bug Insight researched a number of features that might be included in an electricity provider package, such as; cost, contract length, green energy source, customer service level, free services, billing types and rewards programs. This analysis allowed Bug Insights to plot the amount an energy provider would need to invest indifferent offerings, versus the uplift in customer satisfaction.

The analysis found that for all demographics 81 percent of participants found price to be the single most important feature, followed by contract length with 11 percent of respondents seeing it as the single most important feature. Across all respondents Bug Insight found that if a provider can offer a cheaper price for power, they can provide longer contract lengths, less comprehensive customer service and no free or bonus services and still see an increase in customer satisfaction.

Using this approach, Bug Insights could segment consumers into four distinctive categories based on preferred contract features in their energy provider:

Distracted Middle-Agers – Price (24 percent of respondents) These are consumers that were only interested in price and are generally the middle-aged group with a large percentage of both Gen X and Baby Boomers, they were more likely to be female, and in the lowest income group. This segment had the highest percentage of African American customers and were least interested in technology.

Affluent Pragmatists – Price and contract length, free services (16 percent of respondents) These consumers are still heavily driven by price but also consider contract length and free services to be important factors in their energy contract. This segment base the highest percentage of Gen X consumer, they’re in the highest income group and are likely to be early adopters and discount shoppers. This segment also includes the highest percentage of Latino consumers.

Tech-Averse Traditionalists – Price, Contract length, free services and sign-up incentives. (42 percent) This is the largest of the four segments; price is still important but other features are still considerations. Contract length is important as are free services, while sign-up incentives are the second most important factor for this group. These account for a high percentage of Baby Boomers and traditionalists making them the oldest segment. They are the highest percentage of Caucasian consumers and least likely to be an early adopter, discount shopper and environmentally conscious.

Ambitious Influentials – Contract Length, free services, sign-up incentives and more (18 percent) This is the youngest segment, with the highest percentage of Millennials, and the only segment to not see price as the most important factor in the energy contract. The most important factor for this group is contract length followed by sign-up incentives and free services. This segment has the highest percentage of early adopters, they are likely to be chronic switchers, environmentally conscious and willing to take risks.

The Bug Insights utilities survey shows that although price point is still important for the new consumer, there are other important factors in contract sign-up. It clearly shows that a one-size-fits-all strategy for marketers may not be the most effective way to go for energy companies, particularly for those in deregulated markets.

The study surveyed 1,012 respondents over the age of 18 in the United States across both regulated and deregulated utilities markets.