On Sept. 7, 2017, the Dominican Republic was in the path of Hurricane Irma, a Category 4 storm originating in the Atlantic Ocean with torrential rain and wind speeds of 155 mph. More than 5,500 people were evacuated from the island in anticipation of the hurricane that resulted in storm surges, flooding and destruction across the island. 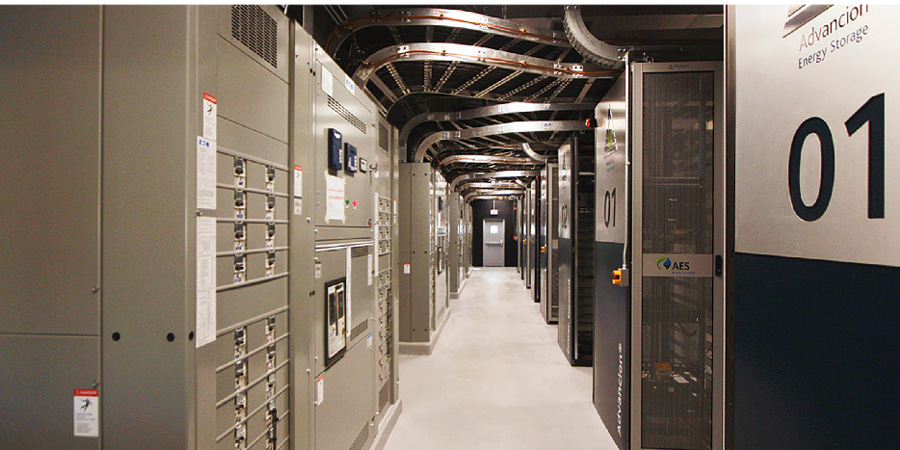 In anticipation of Hurricane Irma’s arrival, the grid operator requested that both the Andres and Los Mina DPP energy storage arrays be kept online and operational during the storm. The two energy storage arrays are unmanned facilities co-located within or next to thermal operating plants. They are operated by the thermal plant control room and are remotely monitored by the AES Energy Storage Services Team to ensure proper operation and to provide the local operators with remote assistance if required. 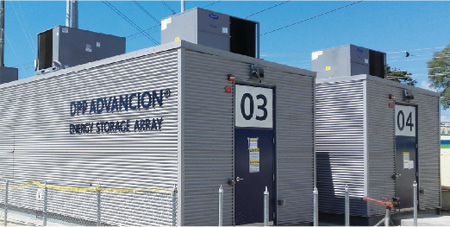 As the storm struck, almost 40 percent of the generation assets on the island were forced to shut down and several transmission and distribution circuits were cut off, putting additional stress on the system. There were some periods during the storm when only a few power plants and the Advancion energy storage systems were online.

During the storm, power lines were damaged, distribution lines were disconnected in zones that had risk of flood or high winds, and some power plants went offline. These events resulted in volatile fluctuations in grid frequency during the hurricane, and both energy storage arrays performed significantly more work than usual to stabilize the frequency.

The Andres array was installed in June 2017 in Santo Domingo and is housed in a building enclosure. Figure 1 shows the measured frequency and corresponding power output of the Andres energy storage array under typical operating conditions. The grid frequency in the Dominican Republic is maintained within its standard operating frequency band of approximately 59.8 to 60.2 Hz with the energy storage unit’s output ranging from 4.8 MW to -9.7 MW to counterbalance the changes in frequency.

Figure 2 shows that the measured frequency range increased significantly during the storm, moving from 59.3 to 60.8 Hz, and the energy storage system charged and discharged at maximum capacity (10 MW) on a number of occasions to quickly rebalance the system. The period of increased frequency disturbances lasted for more than 10 hours and the Andres energy storage array delivered 56.5 percent greater energy throughput than under typical operating conditions. 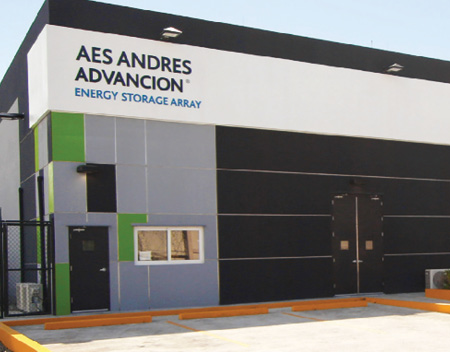 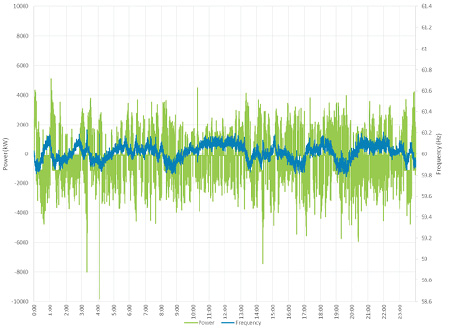 Figure 4 shows that the Los Mina DPP measured frequency range also increased significantly during the hurricane, from 59.3 to 60.8 with the power output ranging from 9.8 MW to -10 MW (full capacity is 10MW). The Los Mina DPP system delivered 59.8 percent greater energy throughput during the 10-plus hours of increased demand. 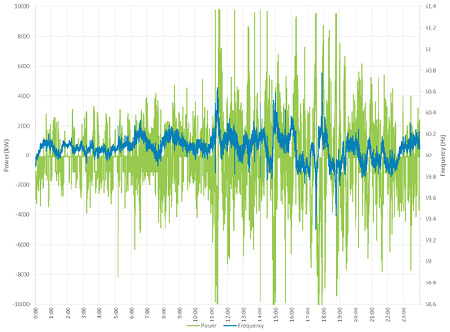 Severe storm conditions created significant deviations in grid frequency. The energy storage systems provided rapid response to counteract these deviations, maintain the target frequency and support grid resiliency and stability. No energy storage outages were experienced at either site and the arrays maintained a total combined capacity of over 20 MW for the entire duration of the storm, demonstrating the technology’s capability to perform continuously without issues and provide responsiveness under times of grid duress.

During the storm the arrays went from a typical operating range of approximately 5 MW to -9.8 MW each, to a wider range of 9.8 MW to -10 MW each, effectively requiring an additional +/-5 MW each, or 10 MW total to maintain a balanced frequency.

Energy storage has been found to be 2.9 times more effective than traditional power generation due to speed and accuracy, according to PJM regulation market benefits factor calculations. The additional power output delivered by the energy storage arrays during the storm is equivalent to instantaneously adding a thermal power plant of approximately 30 MW.

Praveen Kathpal is vice president of market development at AES Energy Storage. His responsibilities span energy storage commercial development and market development in the U.S. Kathpal joined AES in 2007. Prior to joining AES, he was a consultant in the wholesale power group at ICF International, performing economic analyses for clients in every major U.S. market, Latin America and the Middle East. He holds a bachelor’s degree in economics from the University of Virginia and an MBA from Darden School of Business.