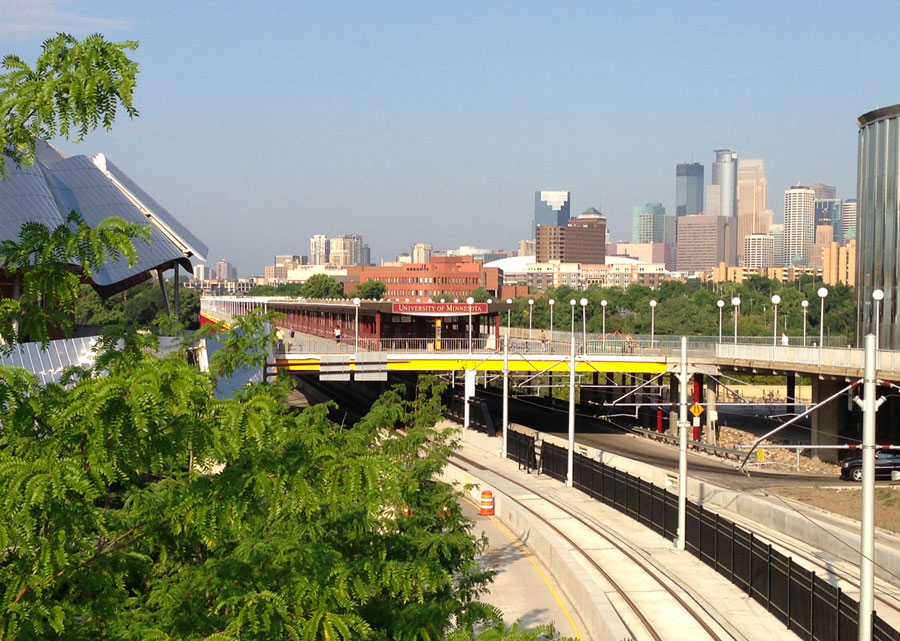 Gas peaker plants may be among the first casualties of a new Minnesota law requiring utilities to include energy storage as part of their long-range plans.

The provision, part of an omnibus jobs and energy bill, “puts energy storage on a level playing field with natural gas plants and other resources,” said Ellen Anderson, executive director of the University of Minnesota’s Energy Transition Lab. “Utilities will have to acknowledge the capabilities storage can provide as an alternative to, say, a fossil fuel plant.”

The most likely victim could be peaker plants, which operate when utilities face high demand for short durations, such as hot summer days, she said.

A 2017 study commissioned by the Energy Transition Lab found that peaker plants are a “marginal resource for meeting capacity needs” and that storage, and solar-plus-storage, are “becoming increasingly cost competitive.” By 2023, the report predicts, the cost of storage becomes less than building new peaker plants.

The major aspects of Xcel’s plan call for retiring all its remaining coal plants within the next decade, operating the Monticello nuclear plant until 2040, and adding 4,000 megawatts of solar and 1,200 megawatts of wind. The plan calls for the acquisition of one combined cycle natural gas plant and the construction of another, along with an aggressive energy efficiency program.

Xcel goals call for reducing carbon by 80% by 2030 and for producing no carbon through energy production by 2050.

Released July 1, the plan anticipates that energy storage in the 2030s will provide more dispatchable power and play a greater role supporting reliability. Price declines and technology advances between now and then will make utility-scale storage “an integral resource used to meet this need,” the report said.

At the same time, the report warns that energy storage has limitations in a system with much greater variability due to renewable generation. The answer to the problem of intermittency in renewable energy will not be energy storage.

“The current state of battery storage technology does not have the ability to match the duration of such events without significant (and very expensive) over-build of those resources,” the report states in an executive summary.

Transmission and generation cooperative Great River Energy’s most recent plan, covering 2018 through 2032, contains a reference to the energy storage program it has operated for decades involving in-home water heaters. It proposes only wind additions to its generation mix in the future.

Energy storage is only briefly mentioned in the utility’s report, though one of its members, Connexus Energy, unveiled a solar-plus-storage project last year that garnered local and national attention.

Great River energy had not considered energy storage in prior plans because of the cost and constraints of the forecasting software. That’s changing.

“We see storage assets as a potential replacement for peaking assets,” resource planning manager Zac Ruzycki said. “That’s how we’re going to look at it . but even without the legislation, we were going to do this anyway.”

The only natural gas generation the utility owns is several peaker plants, he said, and they often operate just a few times a month. Sometimes they run when wind capacity declines, he said, or when the system demands more electricity. But not all of the peakers could be easily replaced with energy storage, Ruzycki said.

The problem is that storage offers a finite asset that will eventually run out while peaker plants can run as long as needed. “That’s not to say we’re not bullish on this; we see it as a potential resource for our members in the future,” Ruzycki said. “But there are some issues that needed to be considered in terms of the reliability of the system.”

The legislation also allows utilities to recover costs associated with energy storage pilots, which Anderson says will allow them to take a bit more risk.

“We need to try it out, because every situation is a little different,” she said. “They will be able to see what benefits they get for ratepayers and the energy system. They’ll have comfort the Public Utilities Commission will give them cost recovery for those projects.”

Apart from the Connexus project, Minnesota is far from a national leader in storage. Colorado, Massachusetts and several other states are incenting utilities to develop energy storage projects.

Minnesota’s largest utility, Xcel Energy, has two large storage projects underway in its other large market, Colorado. The utility does not have any storage plans in Minnesota, Anderson noted, although it had proposed one that regulators failed to approve a few years ago.

Colorado also uses an “innovative clean technology” program that encourages energy storage pilots and allows for cost recovery, she said. “We had some legislation in Minnesota this year to do the same thing but it didn’t end up in the final bill,” Anderson said.

Nor does Minnesota’s energy storage initiative offer any incentives for commercial or residential customers, as do other states such as New York, California, Massachusetts and others, she said.

Beth Soholt, executive director of the Clean Grid Alliance, said the study and pilots should offer more clarity on what benefits storage holds for customers. “The larger question is what can storage provide in our resource mix as we shut down coal plants and build more renewables?” she asked.

Market rules have not been developed yet in the Midwest region, Soholt said, leaving the question of how storage will be valued. Utilities have told storage advocates the technology remains too expensive for widespread use but that could change when they begin using a new software for integrated resource planning, she said.

EnCompass Software offers larger Minnesota utilities the ability to include storage in long-range planning scenarios much better than the technology platform they formerly used, she said.

Benjamin Stafford, director of policy and public affairs for Clean Energy Economy Minnesota, said he hopes the study includes all forms of energy storage and not just batteries.

He also wants to see how storage might be used to reinforce the grid during weather events and for releasing electricity during high demand times to curb demand for generated power from fossil fuel plants.

The storage program was one of only two energy measures to pass in this year’s legislative session. “We had strong bipartisan support for energy storage,” Stafford said. “But overall we’re disappointed because we think there were so many missed opportunities in moving toward a clean energy economy.”