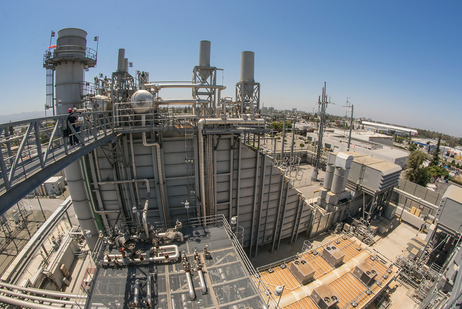 As initial hype around Internet of Things (IoT) in the consumer market fades, focus and emphasis has now shifted to Industrial IoT. Part of the excitement in Industrial IoT stems from the fact that IoT technology can provide quantifiable benefits and savings to plants. Industrial IoT refers to the convergence of wireless technologies, miniaturized sensors (or MEMS), cloud computing and machine learning analytics.

Predictive Maintenance is widely seen as one of the most promising applications for wireless and Industrial Internet of Things (IIoT) technology. The holy grail of Industrial IoT in Predictive Maintenance is to instrument assets in plants with millions of sensors that stream petabytes of data securely to the cloud. Once the data is collected in the cloud, they can be analyzed automatically using predictive models built using machine learning algorithms.

Traditionally, PdM relied on techniques like vibration analysis, oil analysis, thermography, and ultrasound to detect equipment problems before they lead to downtime. These techniques usually relied on a technician walking around the plant with a handheld instrument and manually collecting the data. One limitation of this model is that it can miss quickly developing failures, and variations in placement of sensors or operating conditions leads to data that can’t be compared across time. This traditional data collection method is on the brink of being replaced with wireless IoT sensors that can collect and transmit asset condition data to the cloud automatically. With Wireless PdM, problems can be detected earlier, while eliminating human error, increasing worker safety, and reallocating technicians from repetitive low value tasks like data collection to  to be used for higher value add tasks like analysis and planning.

1.    We are in the midst of a MEMS sensor revolution that has been driven by the consumer mobile market. This has led to the development of miniaturized sensors like accelerometers and gyroscopes that are built using silicon based fabrication methods at extremely disruptive price points.

2.    The smartphone market has also democratized the wireless chip market and WiFi and Bluetooth modules are now widely available at extremely low costs.

3.    Cloud technology has made it extremely easy and affordable to securely store and retrieve petabytes of data from millions of sensors without the need for expensive and traditional IT infrastructure and staff.

4.    Recent advances in machine learning are enabling companies to build predictive models that can ingest multiple streams of highly relevant sensor data on an asset and identify patterns that could be used to correlate with specific defects or just simply highlight significant deviations from normal behavior.

Within a few days, the reliability engineers started to see overall vibration increasing on the Boiler Feed Pump. On further analysis of the RMS trend and the spectra on the software, they were able to detect abnormal peaks and gradually increasing vibration levels. A defect was quickly detected, and analysis of the vibration and OSIsoft PI data indicated high axial vibration levels that coincided with the pump startup. Further analysis of PI data showed an unusual startup temperature trend that would rise to a peak and then settle down at a lower level. Oil analysis and manual vibration data collection during a pump start confirmed the defect, and the company decided to leave this pump running and cycle a redundant pump to minimize starts on the motor. Monitoring frequency was modified to once per hour to ensure that any changes in vibration would be noticed.

The unit entered a planned Maintenance Outage and it was discovered that the shaft journal shoulder was rubbing the outboard bearing face. When the coupling spacer was removed, they found that the pump side coupling hub had moved on the shaft, which had caused damage to the bearing face. The clearance between the hub and shaft was much higher than ideal, and a work order was written to replace the hub at the next opportunity. Post-repair check showed a normal bearing temperature rise at startup, without impacting evident in the vibration signature.

In this case, the pump would have failed before data was collected again, and the Motes were able to prevent unplanned downtime and provide peace of mind, knowing that they would detect earliest changes by monitoring every hour.

It can be difficult to understand how to practically start with wireless. The most successful implementations we have worked with start small and build upon success. They focus on 8-10 pieces of equipment with the highest need such as equipment that is frequently failing, high-criticality equipment, difficult to access equipment, or something that “just doesn’t sound right”.

Another important activity is to understand how wireless will fit within the maintenance and company culture. Wireless need to be seen as a benefit and complement to existing practices by engaging all stakeholders in the right way. The three elements of technology, culture, and processes need to be in line to have a successful installation. Technology by itself is not the magic bullet. Find the right people within your company to champion it — they don’t have to be the highest ranking, but they are the ones that could make or break success.

Engage plant management with a cost-benefit ratio. If you can just prevent one failure, what would that be worth in terms of lost revenue or costs? Show the benefit of the right information at the right time on the right assets.

There are many wireless condition monitoring companies, and it is important to understand which one fits with your needs. Some questions to consider are:

à¢–     Have you done this before in similar customers / assets? It is important that you pick a company that understands your process and equipment.

à¢–     What kind of equipment can you monitor and what parameters? As you generate success, you will want the ability to scale a successful program, and it is important to think about expansion to different assets and multiple parameters for monitoring, even if you don’t implement these from the beginning.

à¢–     Can you interface with my existing systems and how difficult will it be? Whether data historian, SCADA, EAM, or other systems, the best technology is the one that can work with your existing infrastructures.

à¢–     Technical capabilities. If data is being collected frequently, you probably want to have Machine Learning so the massive amounts of data don’t overwhelm your analysts. In this case, you would want to ask about the effectiveness of the ML algorithms, and time needed to train the algorithms. If the company offers purely software, be aware that the analysis and data is only as good as the sensor collecting it, and without good sensor data, the algorithms won’t be able to make accurate predictions. Understand whether the vendor offers on-premise or cloud solutions and match that with your corporate preference.

à¢–     How long will implementation take and who needs to be involved? Depending on the complexity of the system and integration, you may need to involve IT. It is good to have a vision for how the technology will be ultimately used, but start with a small pilot that doesn’t require huge implementation costs.

à¢–     What kind of training will the team need in order to use it? With any system, the more intuitive and easy to use, the higher the probability of success.

Wireless condition monitoring has gotten to a point where it is cost effective for many companies, and can show high ROI. Whether you have an existing PdM program or are just starting out, before jumping into wireless, think about how it fits with your processes, company, and existing technology and how you can make it work for you. Start small, find the fit with your culture, and ask the right questions of yourself and prospective vendors. 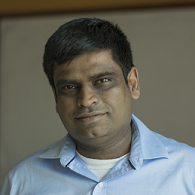 About the author: Arun Santhebennur is the co-founder of Petasense. He brings more than 15 years of experience in building high-tech startups in the enterprise software space. Prior to starting Petasense, Santhebennur co-founded Resolvity, a leading provider of speech recognition software. He holds engineering and management degrees from IIT and IIM, India.