On Aug. 3, 2015, the U.S. Environmental Protection Agency (EPA) issued the Clean Power Plan Final Rule to regulate carbon emissions from the electricity industry. Although the general framework is consistent with the proposed rule, the final rule incorporates concerns expressed in more than 4 million comments, multiple lawsuits, Congressional inquiry and letters from other agencies. Changes address key critiques concerning reliability, implementation timelines and jurisdiction. A brief summary of major changes embedded in the final rule is provided below.

The proposed rule was criticized for ignoring potential impacts on system reliability. Well after the proposed rule was issued, concerns were raised by the North American Electric Reliability Corp. (NERC), Federal Energy Regulatory Commission (FERC), Congress and other government groups. The final rule explicitly addresses concerns about reliability in multiple ways. State plans are to be reviewed for reliability and must show how potential reliability issues will be mitigated. A reliability safety valve has been included to allow states a 90-day period to exceed carbon limits during emergencies. Lastly, as described in more detail below, the initial deadlines and targets have been relaxed significantly to create a “glide path” vs. the original “cliff” with respect to compliance in order to allow additional time for required infrastructure investment to come online. 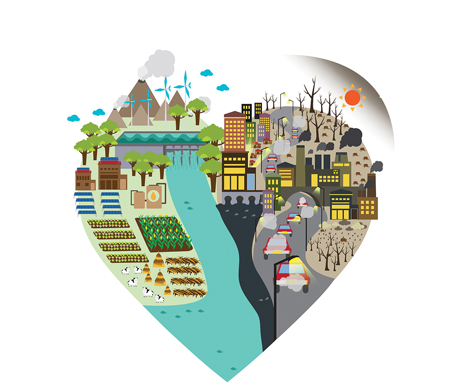 Another key criticism of the original proposal was the compliance cliff. As drafted, states would have only one year in which to submit a plan by mid-2016 or request a one-year extension. States submitting regional plans could obtain a two-year extension. Nearly 80 percent of the targeted reductions were required to be realized by 2020, however, with the remainder achieved within 10 years. Given that much of the requisite infrastructure investment would require siting permits, environmental impact studies and interconnection to existing electric infrastructure, proposed compliance requirements were considered by some to be impossible to meet. The final rule relaxes the schedule in multiple ways. First, the deadline has been shifted to September 2016 for state plan submissions from June. Second, individual states may request up to a two-year extension. Third, targets have been relaxed so that the 2020 cliff is now a more gradual decline. Mandatory reductions begin in 2022 with three stages to phase in of the “best system of emission reduction” (BSER) through 2029.

The third major change has to do with the way the EPA calculated emission targets for each state. The proposed plan included four building blocks of BSER technologies, including: 1) efficiency improvements at coal plants; 2) conversion from high-emitting fuel sources to lower-emitting resources (i.e., coal to gas); 3) replacement of high-emitting resources to zero-emitting sources (i.e., renewables or nuclear); and 4) demand-side reductions such as energy efficiency. Using these four approaches and consistent rules of thumb applied to each block, the EPA established average carbon emissions levels that could be achieved for each state. In the Final Rule, the EPA dropped demand-side reductions from the calculation and modified the algorithm for the remaining three to calculate a final average emissions target that helped some states and harmed others. The EPA appears to have removed the fourth block to defend against litigation challenging its authority to promulgate this regulation under the Clean Air Act. Demand response is not a BSER that can be adopted by power generators whereas the other three arguably are “inside the fence” of emitters.

The EPA has issued the Clean Power Plan Final Rule, a complex regulation that imposes requirements on new and existing power generators to reduce carbon emissions. The most significant differences between the Final Rule and the proposed rule are changes to address reliability, modified timing and interim targets, and removal of demand-side response from the equation that calculates state targets. The net effect is a rule that may create less havoc on the power sector from a technical perspective. From a legal perspective, however, the jury is still out.

Tanya Bodell is the executive director of Energyzt, a global collaboration of energy experts who create value for investors in energy through actionable insights. Visit www.energyzt.com. Reach her at: tanya.bodell@energyzt.com