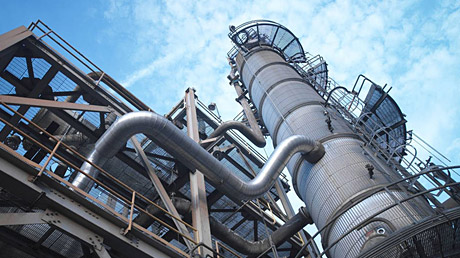 Green Scissors, a coalition of free-market groups and some environmental organizations, recently wrote Secretary of Energy Ernest Moniz and urged the Department of Energy to withdraw support permanently from the Texas Clean Energy Project, a proposed carbon capture and sequestration facility in Penwell, Texas.

The coal gasification power project was the subject of a recent special report from the DOE Inspector General’s Office. The IG report touched upon various issues, including the project’s trouble lining up private financing.

Despite the loss of an estimated $116 million in taxpayer funds so far, DOE recently extended the expiring cooperative agreement with the facility to July 1, 2016. Although the remaining $220 million earmarked for the facility was suspended in February, extending the cooperative agreement leaves open the possibility that additional funds could be distributed at a later date.

“We believe the [DOE] Office of Fossil Energy should end the cooperative agreement with Summit Power and permanently withdraw funding from the project,” according to the letter from the Green Scissors coalition.

“Instead, the Office of Fossil Energy has reportedly extended the agreement– again – to July 1 after Summit Power missed the May 13 deadline to reach financial close. This is a worrying development for both taxpayers and the environment,” Green Scissors said in the May 26 letter. Also signing onto the letter were Friends of the Earth, Taxpayers for Common Sense and the R Street Institute.

In late 2014, San Antonio-based CPS Energy announced that it had agreed to a new contract to buy 200 MW of electricity from an integrated gasification combined-cycle (IGCC) plant being developed by Summit Power. But since then, power markets have remained weak and the prospects for new coal-fired generation have grown even worse.

In April, the DOE IG issued a special report on the project. The DOE IG report said there were now “serious doubts about continuing viability of the project.”

In January 2010, DOE’s Clean Coal Power Initiative awarded a $1.7bn cooperative agreement under the Initiative for the Texas Clean Energy Project, which was estimated to cost $1.9 billion. DOE’s share of the project costs was $350 million, including approximately $216m in American Recovery and Reinvestment Act of 2009 (Recovery Act) funding.

DOE later increased its commitment to $450m. The rest of the tab was to be paid by Summit Texas Clean Energy.

The first phase of the project was originally scheduled for completion in December 2010. “As of February 2016, the Project remained in the first phase, and the Department had reimbursed Summit approximately $116 million in project costs, or approximately one-third of its total commitment,” according to the April DOE IG report.

The report recommended that funding for the Texas project should remain suspended until “construction financing has been secured.” If a decision is made to move forward with the project then DOE should mitigate financial exposure by enforcing limits on reimbursements until certain milestones are reached.