Unit 4 at American Electric Power-Public Service Co. of Oklahoma’s Northeastern Power Station now stands idle, both a relic of the coal-fired past and a harbinger of environmental changes to come.

Past and current employees of the coal plant in Oologah, Oklahoma gathered Friday to celebrate what many of them called the most efficient boiler-turbine-generator combination they’ve known in the industry. This group conceded that the world is changing, but the phrase “it’s a shame” kept arising about the volunteer closing of 36-year-old Unit 4 as part of AEP-PSO’s compliance plan with federal regulators and the Sierra Club.

Unit 4’s last generating work actually ended in March, culmination of a 2-year-old shutdown process. Unit 3, Northeastern’s other coal-fired set, was retrofitted with new environmental controls and will be retired in 2026.

Not completely, as plant manager Mark Burton said Unit 4 will be “retired in place” and could be revived someday as a gas unit or utilized in some other way. But Unit 4’s retirement was the first piece of AEP-PSO’s long-running compliance saga, in which it first tried to fight the EPA and then realized the most prudent thing financially was shutting it down rather than putting billion-dollar scrubbers in. 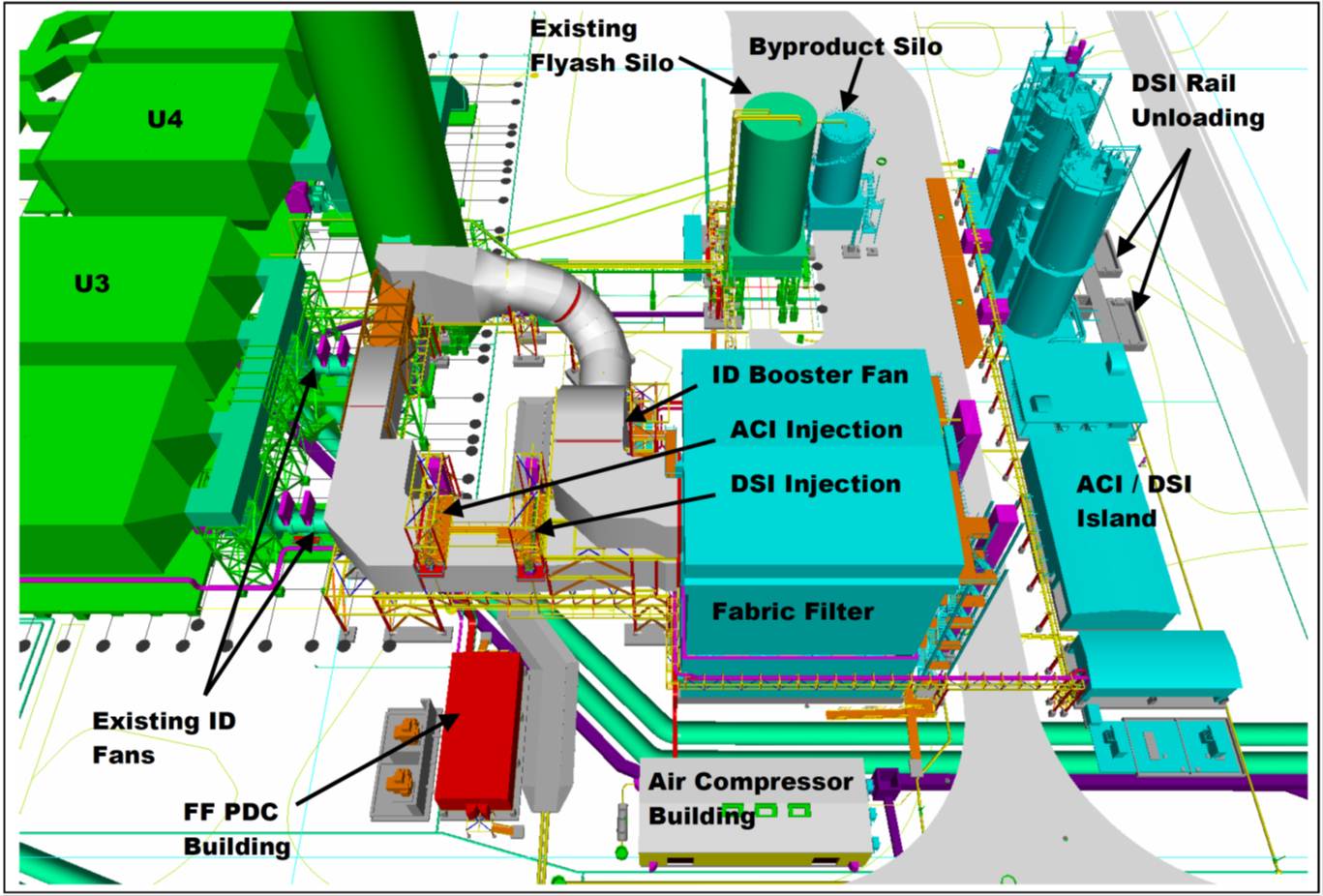 Unit 4 on its last day was using the same turbine-generator set as on its first day. Tom Morris, who is now Unit 3’s operations supervisor but spent plenty of time working with 4, boasted that the two were lauded companywide as possibly the most efficient, cost-effective team of generation equipment in the system. He also recalled the legendary stretch when Unit 4 ran full-bore, valves open, 24/7 for 244 days in a row.

“The only reason it came off then was for a planned outage,” Morris said. “I think it’s a waste” to shut it down before its usefulness was complete, he added, noting that up until the compliance plan was finalized in 2012, “I was thinking it was 20 to 25 years down the road.”

Unit 3 carries on alone at the southern edge of Northeastern Station. AEP-PSO has spent more than $100 million on upgrades, including a new flyash silo, DSI injection, ACI injection and new fans, among other things, company spokesman Stan Whiteford said.

A tour of the Unit 3 showed the radically different footprint. What once was open field, similar to the backyard of Unit 3, now sits a silvery array of towers and ducts and other controls. The new controls cut down levels of sulfur dioxide and mercury to meet EPA standards.

PSO said they plan to replace the lost generation buying power from a gas-fired power plant run by Calpine Corp.

Unit 4 is hardly alone in what supporters believe is a premature demise and environmentalists say is not a moment too soon. AEP is retiring coal plants throughout its system, as are other major utilities in response to federal regulatory rules.

“I’ve been fortunate and blessed to be here 38 years,” Charles Montgomery, who works in the control room, said. “I hate to see something like this go away. When I came here, coal was the thing.”

And surely nearly everyone who worked on all those units would have stories to tell that go beyond politics or science; it’s personal for them, a 40-hour-per-week- or often more- fixture in their lives. Just as co-workers become like family, so does the equipment.

Sometimes it’s the black sheep and sometimes the good brother. Morris remembered when a little relay went out that brought the own thing to a stop, while Pate recalled times getting into the boiler to knock ash loose with a sledgehammer. “Unit 4-it had its moments,” Morris recalled.

Mostly, though, the workers around AEP-PSO Northeastern Station smiled during the retirement party, catching up on old times with current and former co-workers and eating some tasty frosted cookies.

But some seemed to mourn, too. Unit 4 provided ample, reliable power to customers at a low cost, they noted, and that will be missed even if it’s the way of the world.

“It’s a sad day,” shift supervisor Terry Burnett said from the control room. “I’m ready to keep it on but what are you going to do?”