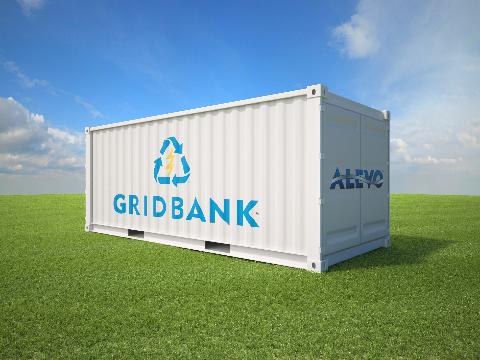 Energy storage provider Alevo Group on March 17, 2016 announced it is deploying an 8MW/4 MWh energy storage system in Lewes, Delaware. Alevo has worked closely with the city of Lewes and the Lewes Board of Public Works on the project, which will be used to repurpose a retired generator building housing generators once operated by the BPW.

The Lewes project is the first announced deployment for Alevo’s GridBanks and follows the company’s inauguration at an official event at its manufacturing facility in Concord, North Carolina in late 2014.

At the event, Alevo unveiled plans to deliver massive efficiencies to power generation globally through its innovations in battery technology and data analytics. The GridBank deployment in Lewes is the first in a series of major commercial deployments the company has scheduled for 2016.

Using Alevo’s GridBank technology, Alevo will be able to sell ancillary services into the PJM regulation market, while providing the city improved power quality, a more reliable electric grid system and the ability to shave peak demand for its customers. The project provides yet another example that energy storage is not only commercially viable, but that it allows stacking of multiple value streams to enhance project economics and provide benefits to the electric grid.

The undertaking by the city of Lewes will be a contributor to their burgeoning status as an innovative city for implementing energy efficiency measures. SEPA, which is the solar power community’s national organization, has ranked the city of Lewes as 10th in the nation for solar penetration, and the integration of Alevo GridBanks into its infrastructure will accelerate the capability to improve upon this dramatically.

“The Lewes Board of Public Works has high expectations for the Alevo batteries and operating system that will be dispatched through Customized Energy Solutions (CES),” said Theodore W. Becker, Mayor of Lewes. “Lewes is a small municipal utility that is located at the “end of the extension cord” of PJM. We have had few options to manage and improve our capacity and transmission charges since taking our generation capacity out of the market in 1999 due to stiffening environmental rules. We also have a dilemma of a significant renewable energy presence in our distribution system — both a significant wind turbine installation (University of Delaware 1.5 MW wind turbine) and one of the highest per capita installations of solar (10th in the Nation for small utilities*), which can cause upward pressures for demand costs to the system. The installation of the 8 MW battery will provide a significant tool to manage our capacity charges, our peak demands and transmission charges, and we anticipate it to be a boon for the citizens of Lewes.”

Housed in an old oil-fired generator building, the Alevo GridBanks will provide Lewes with a modern, clean technology. The news follows an operational agreement Alevo struck with Customized Energy Solutions, one of the world’s premier providers of energy market operations services, to provide operations services via their Philadelphia based Market Operations Center for up to 200 MW of grid storage to the North American wholesale energy market.