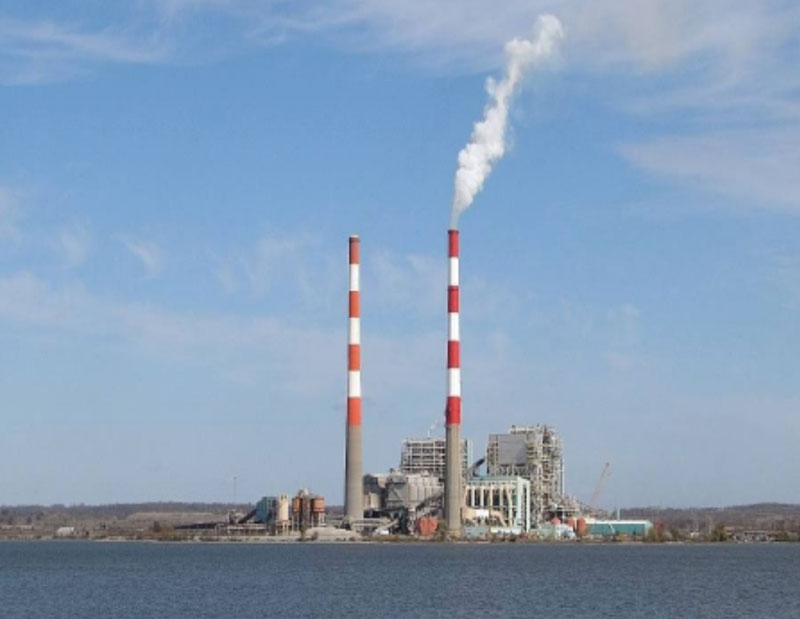 Appalachian Power is a unit of American Electric Power that has a service territory stretching from southern West Virginia into southwest Virginia.

The utility noted that this plan is not a commitment to specific resource additions or other courses of action, since the future is highly uncertain, particularly in light of current economic conditions, the movement towards increasing use of renewable generation and end-use efficiency, as well as current and future environmental regulations, including the EPA’s recently-final Clean Power Plan, which calls for 32 percent greenhouse gas reductions from existing power plants by 2030.

Also, APCo faced a number of other dynamic circumstances as it developed the assumptions and analyses outlined in this plan. For example, on June 9, 2015, the Federal Energy Regulatory Commission issued an order pertaining to PJM Interconnection’s recently proposed capacity performance construct, thereby providing guidance to PJM on its capacity market proposals.

While the company incorporated its expectations regarding capacity performance into this report, APCo is still evaluating the FERC order, the full impact of which will not be known until tariffs are accepted by the FERC.

The company noted that its next plan, which is to be filed on May 1, 2016, at the Virginia State Corporation Commission, is likely to reflect updated assumptions, analyses, and results. APCo is required to provide a plan that encompasses a 10-year forecast period (in this filing, 2016-2025). Although only a ten-year period is required to be reported, APCo’s modeling efforts encompass a 30-year analysis period in order to determine the long term impact of changes to APCo’s portfolio.

From a capacity viewpoint, the 2020/2021 planning year is when PJM’s new capacity performance rule will take full effect, potentially limiting the capacity value of intermittent resources, such as run-of-river hydro, wind, solar, as well as pumped storage hydro, thereby creating a greater future need within APCo for additional capacity. Keeping these considerations in mind, APCo has developed an plan that provides adequate supply and demand resources to meet peak load obligations for the next ten years.

The key components of this plan are for APCo to:

·      Finish the conversion of Clinch River Units 1 and 2 in Virginia from coal to natural gas;

·      Proceed with the decommissioning and retirement of Kanawha River Units 1 and 2 in lieu of converting those coal units to natural gas;

·      Diversify its mix of supply-side resources through the addition of cost-effective wind, large-scale solar, and natural gas-fired generation resources, as necessary;

The plan development process considered regulation of greenhouse gas emissions. For that purpose, a reasonable proxy was used in the plan that assumed that the resulting economic impact would be equivalent to a “tax” applicable to each ton of carbon dioxide emitted from fossil-fired generation sources which would take effect beginning in 2022. Under the company’s base pricing scenario, the cost of such CO2 emissions is expected to stay within the $15-$20/metric ton range over the long-term analysis period.

On Oct. 23, 2015, the EPA published the final Clean Power Plan, which establishes CO2 emission guidelines for existing fossil generation sources under Section 111(d) of the Clean Air Act. APCo is currently in the process of reviewing this plan. APCo, its parent company American Electric Power, and other stakeholders will be working in the coming months and years to better understand the requirements of the final CPP, to work with state agencies – including the West Virginia Department of Environmental Protection – to develop reasonable compliance plans, and then to develop strategies for compliance with those final approved plans.

Through 2020, APCo has resources to meet its forecasted internal demand; however, in 2021 APCo is anticipated to experience a capacity shortfall based upon APCo’s assumptions regarding the timing and parameters of PJM’s capacity performance rule.

The modeling process included numerous sensitivity analyses unique to APCo in order to understand the impact of specific changes to APCo’s portfolio. These sensitivities included converting the Kanawha River Plant to natural-gas, the retirement of a large coal-fired unit, and the substitution of a natural gas combined-cycle plant in place of a future natural gas combustion turbine plant.

APCo used the results of the modeling to develop a hybrid plan. The hybrid plan is presented as an option that attempts to balance cost and other factors while meeting APCo’s peak load obligations. In addition, this plan considers environmental constraints and the viability of customer self-generation. In summary, the hybrid plan:

·      Addresses expected PJM capacity performance rule impacts on APCo’s capacity position beginning with the 2020/2021 PJM planning year. Among other things, it assumes that the rule may result in APCo:

3.     Reducing run-of-river hydro contributions such that they would no longer provide firm capacity.

The hybrid plan would reduce APCo’s reliance on coal-based generation and increase reliance on demand-side and renewable resources, improving the diversity of the portfolio. Over the 10-year planning horizon the company’s nameplate capacity mix attributable to coal-fired assets would decline from 60.6 percent to 52.6 percent. Renewable assets (wind and solar) climb from 5 percent to 15.9 percent, and demand-side resources (including Energy Efficiency, VVO, and Demand Response) increase from 2.9 percent to 4.1 percent over the planning period.

APCo’s energy output attributable to coal-fired generation shows a substantial decrease from 85.4 percent to 71.2 percent over the period. The hybrid plan shows a significant increase in renewable energy (wind and solar), from 3.3 percent to 12.4 percent. Energy from these renewable resources, combined with EE and VVO energy savings serve to reduce APCo’s exposure to energy, fuel and potential carbon prices.

Several coal units have been shut, and Kanawha River won’t be revived on gas

As of June 1, 2015, the company has made substantial changes to its generation fleet in order to comply with existing and future environmental regulations. The changes include:

Retirement of seven coal-fired units totaling 1,245 MW due to the implementation of the U.S. Environmental Protection Agency’s MATS rule:

Refueling of two units from coal to gas (currently underway):

As a result of these modifications to APCo’s generating fleet, the remaining wholly-owned coal-fired units in the fleet are the supercritical units at the Mountaineer and Amos plants.

APCo’s supercritical units (Amos Units 1-3, Mountaineer Unit 1) are able to meet the MATS requirements as a result of previously installed Selective Catalytic Reduction (SCR) for mitigation of NOx emissions and FGD systems for mitigation of SO2 emissions, which together achieve a co-benefit removal of mercury as well. APCo’s sub-critical units which could not meet the MATS requirements in their existing configuration are in the process of being refueled to natural gas-fired units (Clinch River Units 1 & 2) or were retired as of June 1, 2015 (Kanawha River Units 1 & 2, Glen Lyn Units 5 & 6, Clinch River Unit 3 and Sporn Units 1 & 3).

AEP’s Wheeling Power unit filed a separate plan on Dec. 30 at the West Virginia commission. Its generation resources currently consist of a 50 percent interest in the Mitchell Plant, located in Moundsville, WV. The Mitchell Plant is comprised of two coal-fired, supercritical units, both placed into service in 1971. Unit 1 and Unit 2 are rated at 770 MW and 790 MW, respectively. WPCo’s 50 percent share is equivalent to 780 MW. AEP’s Kentucky Power unit owns the other 50 percent of the plant.

The Mitchell Plant is able to meet the MATS requirements as a result of previously-installed SCR for mitigation of NOx emissions and Flue Gas Desulfurization systems for mitigation of SO2 emissions, which together achieve a co-benefit removal of mercury as well.

“This plan summarizes WPCo’s ability to meet projected demand with its interest in the Mitchell Plant,” said the filing. “Analysis and modeling of additional resources was not conducted due to the Company’s lack of a need for capacity and energy resources.”