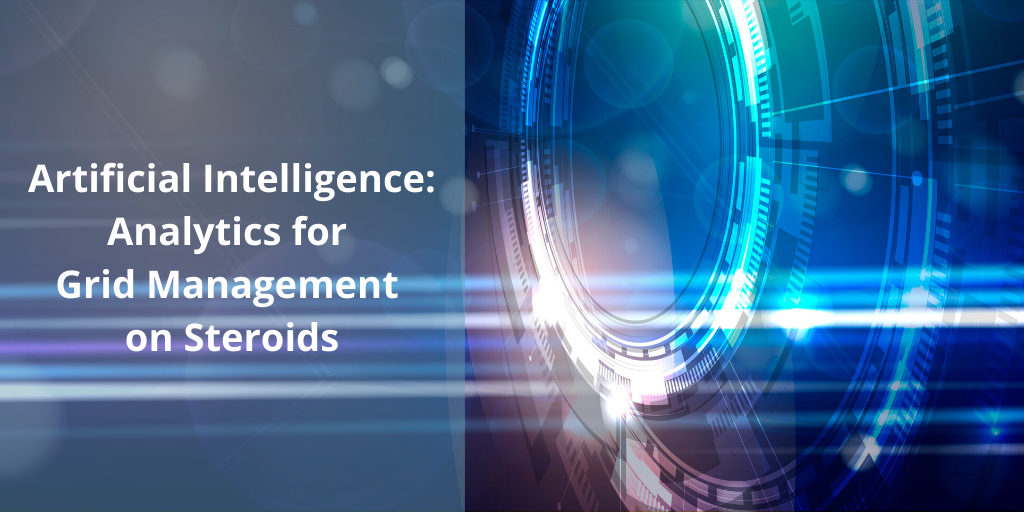 If you had 1,000 pieces of power grid equipment such as transformers or generators in an area, losing three of those assets could create nearly a billion potential failures, according to data scientists at Argonne National Laboratory. Which of those breakdowns poses the greatest risk and demands the fastest action by grid operators? That’s a question the Argonne team is trying to answer, and they’re using artificial intelligence (AI) to do it.

AI gives these researchers a way of simulating and analyzing various scenarios far more quickly than people could forecast outcomes. It’s more powerful than simpler analytics models, too. An article published by Forbes notes, “Machine learning is a continuation of the concepts around predictive analytics, with one key difference: The AI system is able to make assumptions, test and learn autonomously.”

With these enhancements, data science will become more powerful than ever, and utilities stand to reap big benefits. Here are a few smart applications that can put AI to work supporting the power grid.

Outage alerts by algorithm: There has been a lot of focus in the market on smart electric meters pushing so-called last-gasp signals to the utility over RF networks when there is an outage. However, artificial intelligence can tell the difference between a meter not reporting because something happened down the line and one that’s silent because the meter is de-energized, providing similar information for utilities using power line communications networks.

More intelligent automated switching: It won’t be long before we have grid-edge intelligence that can tell the difference between a momentary power interruption and a full-blown outage in that millisecond of time necessary to engage automated switching protocols and avoid having customers endure any outage at all. Instead of detecting an outage and sending data back to a head-end system that will decide when and if to roll trucks, AI will empower technology that instantly sees and fixes the issue, or at least diverts power around it.

Yield optimization: How do you design a wind farm to get the most from the wind currents around it? GE is using a digital twin of wind-power generation assets  and using AI to optimize operations for maximum productivity. The company thinks its approach can increase a wind farm’s energy production some 20 percent and add $100 million in extra value over a 100-megawatt farm’s average lifetime.

Demand-side management (DSM) and control: A project conducted by Open Energi, an AI-based DSM technology provider, has been controlling more than 3,500 electric loads at some 350 sites in the U.K. The system harvests as many as 25,000 messages per second that track 30 different data points, and it performs “tens of millions of switches per year,” notes Michael Bironneau, Open Energi’s technical director, in a write-up of the project. He adds that, “In the U.K. alone, we estimate there are 6 gigawatts of demand-side flexibility that can be shifted during the evening peak without affecting end users. This is equivalent to roughly 10 percent of peak winter demand.”

Shoring up resiliency: The Department of Energy’s SLAC National Accelerator Laboratory is using AI on data from a dozen U.S. partners — including the Lawrence Berkeley National Lab and National Rural Electric Cooperative Association — to identify vulnerabilities in the grid and reinforce and speed restoration to those areas with sensors and automation. “The eventual goal is an autonomous grid that seamlessly absorbs routine power fluctuations from clean energy sources like solar and wind and quickly responds to disruptive events — from major storms to eclipse-induced dips in solar power — with minimal intervention from humans,” said a press release issued by Stanford University, which operates SLAC for the DOE Office of Science.

Precision forecasting: Wholesale price variability that stems from widespread renewables on the grid combined with the proliferation of behind-the-meter solar and storage complicates forecasting for utilities and system operators, says Bob Champagne, a VP for Innowatts, an energy-focused AI technology company.  In an Electric Light & Power article, he claims that, “Companies which combine bottoms-up analysis of AMI data with machine learning and artificial intelligence develop precision forecasts that are 40-60 percent more accurate than incumbent approaches.”

Given results like these, it’s no surprise that 52 percent of utilities called AI critical to their company’s success when surveyed. More than a quarter — 27 percent — said they were already using AI, and 16 percent had an AI strategy in place.

This article is the third in a series on artificial intelligence in the utility industry. Check out part 1 and part 2 below: