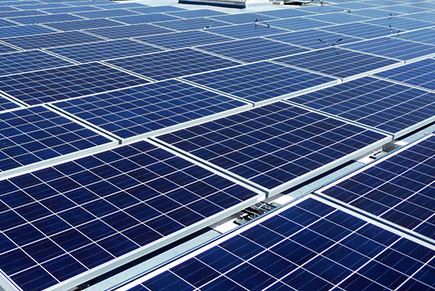 Efficiently managing a growing fleet of solar photovoltaic (PV) systems challenges many businesses — not just those in the energy industry. With the cost of traditional grid-tied electricity on the rise and the dramatic decrease in the cost of solar energy, many businesses, as well as building owners and operators, are looking to solar as key pieces of their energy management programs.

A recent report from the Solar Energy Industries Association and GTM Research shows that after a record year in 2013, the solar industry is expected to post growth in 2014 that is 33 percent higher than last year, indicating that the trend toward the increased use of solar PV to meet electricity needs doesn’t show signs of slowing any time soon.

Commercial building-mount applications that are smaller than 100 kW are expected to grow by 40 percent year over year in 2014, according to a new report from NPD Solarbuzz. Further, large-scale commercial projects are poised to increase by nearly 70 percent during the same amount of time. These projections are double and triple, respectively, the growth rate of ground-mounted systems, which conventionally have been the largest segment in the industry.

The shift to distributed generation building-mount commercial applications is being driven by factors including the favorable economics for these systems in the Northeast and West and changing incentive policies in some states, according to the report.

With such rapid growth, energy managers are finding it difficult to manage their expanding solar fleets, which often involve different types of equipment, installers, geographies and inverter and monitoring software. Collecting data from such diverse sources and translating it into actionable operations and management (O&M) commands can be time-consuming and expensive for even the most experienced energy teams.

Faced with such challenges, organizations that are integrating solar PV into their energy portfolios are looking beyond initial installation and basic day-to-day operations data by using sophisticated software and analytics platforms to help them achieve the greatest returns on their investments. Such platforms are essential to more efficiently and cost-effectively managing large solar fleets.

A Move Toward Actionable Data

With a rapidly growing solar fleet that already takes in more than 150 of the company’s 1,052 self-storage properties, or about 14 percent, ESS needed a tool that would help its energy managers better manage their solar assets and reduce O&M costs. Through a partnership with Locus Energy, an independent solar monitoring and analytics platform provider, ESS deployed Virtual Irradiance (VI).

VI is an advanced irradiance modeling tool that provides fleet operators with valuable data on the amount of sunlight that strikes the ground at a specific location at a specific time, which then allows system owners and operators to assess solar PV system performance accurately. Without such data, it’s impossible to assess whether a system is performing up to expectations. Trying to calculate a car’s fuel efficiency without knowing how much gasoline is in the tank is a common comparison.

With the growth in ESS’s investment in solar, the company became increasingly aware of savings it could reap from the energy generated on its warehouse rooftops, the additional solar energy it could generate, and the O&M cost savings it could achieve by proactively and intelligently managing its solar PV assets. Adding VI helped energy managers understand how much energy each site should produce, which helped prioritize O&M activities.

Now ESS can diagnose system problems rapidly and respond more efficiently. In late 2013, solar panels at a West Coast ESS location were underperforming, despite sunny conditions that should have resulted in energy overproduction. Fleet managers knew something nonweather-related was affecting the panels; it was dust on the panels. ESS performed extra cleaning, knowing that cleaning costs could be made up with increased production rates.

VI uses data from weather stations and satellite imagery to provide accurate, ground-level irradiance data for any location in the continental U.S. For small- to medium- sized systems, VI eliminates the need for an on-site sensor, which might be prohibitively expensive. For larger systems at which an on-site sensor might already have been installed, VI can fill gaps in and validate sensor data, which can become skewed because of miscalibration, soiling and other factors. When combined with other modeling data, the tool accurately assesses how much energy systems should produce based on the amount of available sunlight at a specific location.

Such granular insight drives down costs by improving O&M efficiency by helping fleet operators prioritize issues and react before they develop into bigger problems.

VI’s analytics capability can be used on its own, but it’s usually layered on top of a fleet management software platform. Such cloud-based software platforms aid systems managers and operators in the collection, organization and assessment of direct performance data from a diverse set of solar PV assets.

As more organizations and businesses add solar PV fleets to their energy portfolios, big data analytics tools will be valuable in increasing output and helping keep O&M costs at a minimum, increasing ROI.

Soon, Locus will be able to help fleet operators like ESS use analytics to remotely determine the causes of a solar PV system’s failure to meet performance expectations with its Waterfall report, which includes detail on loss factors such as weather uncertainty, snow downtime, shading, equipment downtime, equipment degradation and inverter problems. The prescriptive analysis provided by Waterfall will enable fleet operators a specific, detailed understanding of which factors are most affecting the performance of a solar PV system and how the causes of that underperformance can be addressed best.

In addition, as solar PV integration with the electric grid becomes more common, VI data and analytics will provide grid operators with more granular and accurate estimates of the current and future production of solar PV installations that utilities and grid operators can use to optimize capacity planning and grid management. Such forecasts will be a game changer for the solar industry that will enable much higher penetration levels for distributed solar PV.

As companies like ESS increase their solar fleets, data analytics will help owners understand and better control their solar assets. Software and big data capabilities are positioned to accelerate the deployment of distributed and utility-scale solar PV, facilitating greater adoption of renewable energy and enabling much more solar PV penetration by helping fleet operators, managers, investors and utilities collect, organize and analyze data to save on costs and improve performance.

Nathan Morrill is the national procurement manager for Extra Space Storage. He manages the solar and energy retrofits at Extra Space’s more than 1,000 properties. He graduated from the University of Nebraska with a degree in finance and economics. He also manages vendor relationships dealing with products and services and has been doing procurement for more than seven years.

Michael Herzig is the president and founder of Locus Energy, where he heads corporate development and company strategy. Herzig also co-founded UConnections.com, a college-focused Internet company, and started his career at Andersen Consulting (now Accenture) in the Financial Services Group. He has a bachelor’s degree from Cornell University.