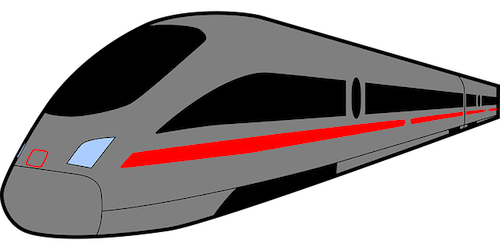 “Japan will present hydrogen to the rest of the world as a new energy choice and will lead global efforts for establishing a carbon-free society taking advantage of Japan’s strong points,” read a statement from Japanese Ministry of Economy, Trade and Industry as it unveiled the country’s ground-breaking Basic Hydrogen Strategy last December.

Two months later, the message was echoed in front of a packed keynote session at the World Smart Energy Week 2018* in Tokyo, as it was explained that Japan will “aggressively” pursue a policy of promulgating hydrogen worldwide.

Japanese Prime Minister Shinzo Abe has made hydrogen a symbol of the country’s ability to innovate. Indeed, the technical difficulty involved in making fuel cells is part of their attraction for Japan.

If the plan to spread the technology succeeds, Japan’s position as a leader in the global smart energy space will be assured. If it fails, another era of self-imposed isolation is likely on the cards.

In an age where the needs for clean energy and energy security are becoming national priorities globally, hydrogen’s energy density has ensured that the technology is also receiving plenty of attention, especially in Germany, the USA and even China.

What makes Japan unique is that a large-scale industrial strategy has been combined with environmental and energy security ambitions.

Although positioned to take advantage of Japan’s status as a global leader in fuel cell technology, the hydrogen strategy — like most great schemes and initiatives – was born out of necessity in unforeseen circumstances.

The fallout of the great earthquake of 2011 saw Japanese public opinion turn staunchly against nuclear, shaking Japan’s energy policy to its foundations and pushing alternative energy solutions to the fore.

Now, the objective is to combine necessity with future opportunity.

The Tokyo Olympic Games in 2020 have been dubbed the “ËœHydrogen Olympics’ and the Japanese government plans to use the event to showcase the advantages of hydrogen technologies, thus spreading the fuel-cell gospel.

The hope is that the effect will be similar to the launch of the famed “Ëœbullet train,’ which became the blueprint for high-speed railway systems worldwide.

“The 1964 Tokyo Olympics left the Shinkansen high-speed train system as its legacy. The upcoming Olympics will leave a hydrogen society as its legacy,” the Tokyo Metropolitan Government (TMG) said in a statement back in 2016, when plans for transforming the Japanese capital were announced.

The situation is further complicated by Japan’s strict safety regulations. It costs about ¥500 million (US $4.5 million) to build a refueling station in Japan, more than double the cost in the U.S. or Europe, and five times the cost of a “Ëœtraditional’ fossil fuel station.

The difficulties and grey areas in the regulations around how to handle hydrogen are not unique to Japan. But while Prime Minister Abe has made a priority of overhauling some of the regulations — hydrogen is still regulated as an industrial gas, with standards designed for large-scale chemical plants — some industry experts are concerned that government efforts are neither going far enough nor moving quickly enough to make Japan competitive internationally.

Japanese companies such as Honda, Toyota and Kawasaki are at the forefront of hydrogen technology and the Japanese government has identified that industry convergence is critical for the hydrogen strategy to become feasible and sustainable.

Given the high-associated costs of producing hydrogen and the necessary infrastructure required, there is opportunity for beneficiary sectors to group and develop hydrogen stations – key being transport and battery storage.

In March, an alliance of 11 Japanese firms called Japan H2 Mobility LLC, including automakers and energy firms, pledged to build 80 FCV fuelling stations by 2022 to help accelerate take-up of the technology.

“We must lower costs, which will remove many of the bottlenecks to developing more stations,” JXTG Nippon Oil Senior Vice President Yutaka Kuwahara told reporters at a briefing about the alliance’s objectives.

If all goes to plan, by 2030 the country’s annual hydrogen and fuel cell market is forecast to hit ¥1 trillion (US $9 billion). By 2050, the industry ministry predicts that number will reach ¥8 trillion (US $72 billion).

Perhaps above all else, Japan’s priority is to ensure national energy security. The country already has approximately 200,000 home hydrogen fuel cells installed, so it should not come as a surprise that the Land of the Rising Sun is pushing the dawn of a new hydrogen-fuelled era.

“Japan will build an international hydrogen supply chain that extends from production to transportation and consumption ahead of the world.”

In line with their goal of cutting greenhouse gas emissions by 80 percent by 2050 in accordance with the Paris Agreement, the government’s vision of its energy future sees hydrogen as the solution to the intermittency and variability of renewable power generation. The concept is to use renewables to power the electrolysis process that will create massive volumes of hydrogen for fuel cells that can solve the problem of balancing a grid.

To ensure optimum site locations for fuelling stations, government “will attempt to develop renewable-based hydrogen stations in conjunction with commercial hydrogen station development,” according to the Basic Hydrogen Strategy outline.

Like Europe, Japan is currently heavily dependent on the importation of oil and gas. So, one of the reasons for the popularity of hydrogen in Japan is that it can be made from a wide range of resources.

The Basic Hydrogen Strategy aims to combine cheap, unused energy from overseas with carbon capture and storage (CCS) in parallel to the establishment of international supply chains through the development of storage and transportation infrastructure.

It’s a gamble. Has Japan learnt its mobile phone lesson?

By becoming a hydrogen-based society, Japan will seek to achieve the “3E+S” goal: Energy security by diversifying energy sources and stabilising energy supply; economic efficiency; reducing the burden on the environment; and safety and sustainability (FCVs can serve as large-scale movable generators and Tokyo is highly conscious of the importance of disaster readiness).

Despite the high costs and technical difficulties involved, Japan is betting heavily on making the hydrogen dream a reality.

The risks are very real and battery-powered vehicles – which are easier and cheaper to make – are a massive threat.

There is a dangerous precedent too: Japan’s mobile phone industry was light years ahead of its competitors a decade ago, but failed to convert the rest of the world to their technology. They even coined a name for the problem: Galàƒ¡pagos syndrome (like the endemic species that Darwin encountered on the Galàƒ¡pagos Islands).

The danger behind the hydrogen strategy is that even limited success could lure Japan down a rabbit hole, chasing technology it cannot sell beyond its borders. Ironically, the best hope for Japanese success in the fuel cell industry is the adoption of hydrogen technology elsewhere.