Worldwide carbon dioxide emissions from power generation hit an all-time high of 31.6 billion in 2012, a 1.4 percent jump from 2011, according to the International Energy Agency.

The information was released in a World Energy Outlook Special Report, which noted global carbon emissions continue to rise despite drops in emissions in many countries. The agency stated power generation creates around two-thirds of global carbon dioxide and other greenhouse gas emissions. 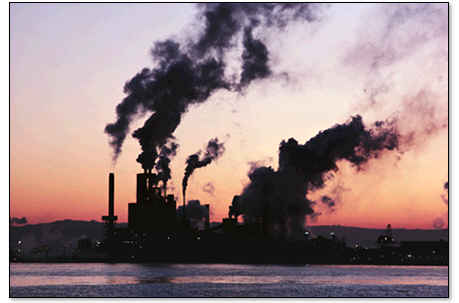 Carbon dioxide emissions in the U.S. reached mid-1990s levels by decreasing 200 million tons, a 3.8 percent drop. The report stated a switch from coal to natural gas power helped drive the decrease, but noted the trend could be reversed.

Emissions also decreased in Europe despite an increase in the use of coal-fired power because of economic contraction, an increased use of renewable energy and a cap on emissions from the industry and power sectors, according to the report.

The report stated China made the largest contribution to the increase in global carbon dioxide emissions, but also stated “its growth was one of the lowest it has seen in a decade, driven largely by the deployment of renewable and a significant improvement in the energy intensity of its economy.” The country increased its emissions by 300 million tons, a 3.8 percent increase from 2011.

Japan also increased its carbon emissions, releasing an addition 70 million tons “as efforts to improve energy efficiency did not fully offset the use of fossil fuels to compensate for a reduction in nuclear power.”

The agency identified four policies that would greatly decrease global emissions in the report, including adopting specific energy efficiency measures, limiting the construction and use of the least efficient coal-fired power plants, minimizing methane emissions from upstream oil and gas production and accelerating the partial phase-out of subsidies to fossil fuel consumption.

According to the report, adoption of the measures would reduce global-related energy emissions by 1.5 billion tons in 2020.

This story was originally published by Power Engineering online. It is republished with permission.