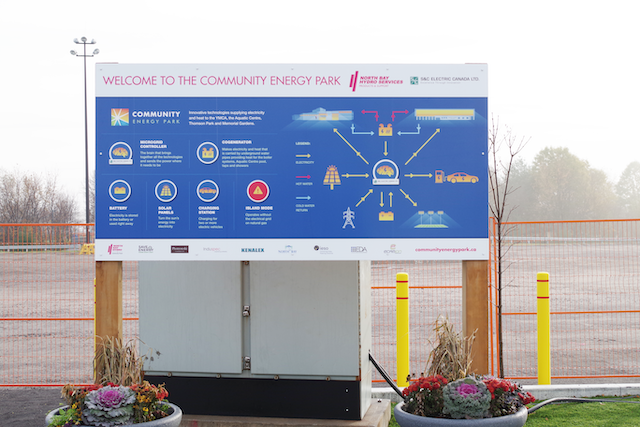 When an ice storm hit Ontario, Canada, in 2013, transmission lines were knocked down, leaving hundreds of thousands of residents without power for days. Without electricity, the communities within the province are at risk of being exposed to perilous temperatures.

With climate change increasing the future prevalence of severe winter weather, North Bay Hydro Services sought to secure the warmth and safety of the North Bay community by improving power resiliency. The Ontario-based municipal utility affiliate decided to develop a microgrid that could island a group of buildings and shelter residents if a winter storm took out power in North Bay for days. Called the Community Energy Park—the first utility-scale advanced microgrid in Canada—the group of community-centric facilities includes the YMCA Aquatic Centre, the Memorial Gardens sports arena, and the Thomson Park sports field.

The microgrid had to be able to deliver power primarily generated by distributed energy resources, adapt to existing building infrastructures and electrical equipment, and operate independently of the main electrical grid during a sustained outage. Because the Aquatic Centre and Memorial Gardens buildings would shelter thousands of residents from the community, the microgrid also had to supply enough electricity and heat during the entire time of refuge.

S&C Solution
To accomplish these goals, North Bay Hydro Services wanted to work with a company with strong microgrid experience that could help simplify the complexities of developing a microgrid and provide a turnkey solution. The utility affiliate ultimately chose S&C Electric Company.

Based on the project plans developed and agreed to by the utility affiliate and S&C, the Community Energy Park’s power is supplied by a combination of generation sources. The primary source of energy comes from two 265-kW natural gas generators in a combined heat and power (CHP) system that provides sufficient thermal and electrical energy to effectively meet the facilities’ needs. As the CHP system operates, it produces electricity, and the resulting heat byproduct is captured and then transferred to the facilities via water pipes. The primary use of this heat is to warm community residents during a severe winter weather situation. However, the heat also provides multiple other benefits to the community: warming the Aquatic Centre’s pool used for recreational purposes and physical therapy and aiding in the ice-resurfacing process when the professional hockey rink at Memorial Gardens was leaned before each game. 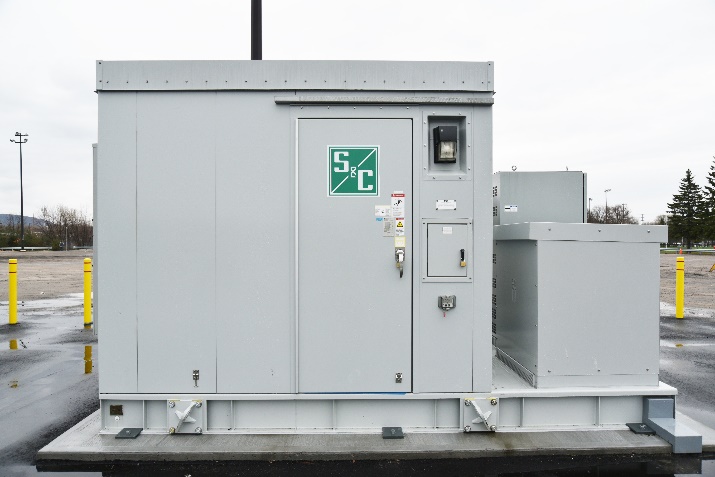 The Community Energy Park’s battery energy storage system.A 10-kW solar flower supplements on-site generation at the Community Energy Park and powers the new electric vehicle recharging stations at the facilities. When extra energy is produced by the solar flower but not needed at the time, it is stored in a 250-kW battery energy storage system for later use. The battery storage system’s dynamic power capability overcomes limitations of the CHP system and thus allows the microgrid to black-start as an island.

S&C’s GridMaster Microgrid Control System acts as the brain of the microgrid’s operations. The Community Energy Park’s buildings draw the power needed to operate while the controller manages the power sources to ensure generation and load is balanced appropriately. Additionally, the controller continuously monitors the status of the microgrid’s distributed energy resources and assesses the microgrid’s capability to operate as an island. It also monitors the health of the main grid’s supply and automatically triggers islanding if it senses a sustained outage.

At the inception of a momentary outage, the controller supports two different responses. The controller continuously monitors whether the utility affiliate’s protection devices will respond and restore power to the microgrid. If the system is ready, the controller works with fast acting protective relays to execute a Seamless Unplanned Transfer and then immediately transitions to Island mode, enabling the microgrid to ride through certain system events that would cause a momentary outage. Because momentary outages can trip solar panel inverters offline, it was important for this microgrid to have the ability to override them. This not only improves reliability when a sustained outage occurs because of extreme winter weather, but also effectively reduces the frequent, yet transient outages that can negatively affect the distributed energy resources that deliver power to the North Bay facilities. 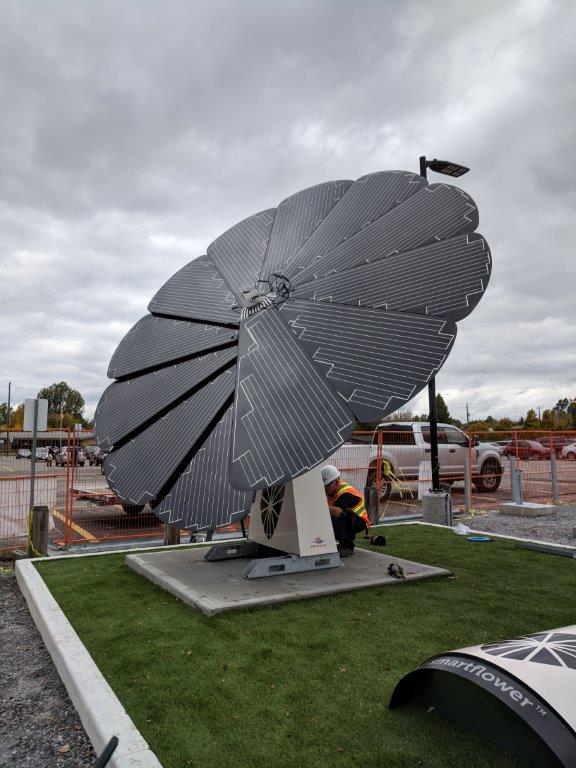 The solar flower at the Community Energy Park.Results

North Bay Hydro Services confirmed that, with S&C’s execution of the microgrid project, up to 87 percent of the electricity requirements for the Community Energy Park’s buildings can now be met by on-site generation, along with 55 percent of the park’s heating needs. While the park’s additional power and heating demands are supplemented by the main electrical grid, the battery energy storage system smooths fluctuations in distributed energy resource availability to deliver full power to each facility when main grid power is unavailable. This reassured that North Bay Hydro Services successfully met its goal of developing a reliably powered and safe refuge for the community’s residents if the main electrical grid experienced a sustained outage caused by a major winter storm.

In alignment with North Bay Hydro Services’ future aspirations, the microgrid is also scalable, so generation sources can be added to support seamless power delivery when future updates are made to the buildings’ infrastructures, their electrical assets, or the main grid. The utility affiliate was pleased that the microgrid’s flexibility to adapt to these enhancements successfully positions them, and the community it serves, as technologically innovative examples of modern electrical resiliency.

To showcase their modern approach to power delivery, North Bay Hydro Services decided to build an educational center into the Community Energy Park exhibiting each component of the microgrid and explaining how they work. The solar flower, with panels that open and close automatically with sunlight availability, shows visitors sustainable energy capturing in action. The utility affiliate felt an educational aspect of the park was useful not only for community members to learn how activities in their everyday lives are powered by some of the most advanced electrical technology, but also for regulators and industry professionals to see proof of how the technology can be applied to resiliency.

By collaborating with S&C Electric to develop the microgrid, North Bay Hydro Services secured reliably-powered facilities for thousands of North Bay community members to turn to as a warm and safe refuge during a critical outage while proving itself a forward-thinking utility affiliate that embraces technological innovation to solve reliability challenges.