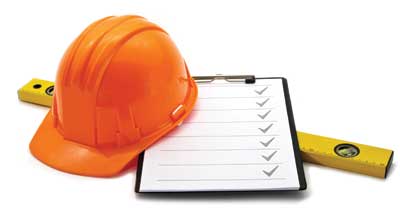 Grid automation has been around more than 50 years. It first took hold in the transmission network and has a firm foundation. Distribution has lagged transmission for many reasons but finally is taking off.

Unlike transmission, the foundation pieces for much of the movement to automation and control in the distribution network can be lacking in many areas.

One frustration is determining the order in which planning should proceed and the decisions that will affect a program’s cost and long-term operation.

Getting the key pieces to the foundation right makes all the difference for a smooth implementation of grid automation and control.

The first block in the foundation is the understanding of which applications are long term-parts of the landscape. Is it purely conservation voltage optimization (CVO), or does it include automated feeder switching to balance loads between substations and other more complex applications?

There is a large library of use cases developed by the industry that can be borrowed, reviewed and modified to determine which applications should be part of the landscape.

1. Autonomous. Each device is responsible for its own operation based on parameters it is fed.

2. Decentralized. Small groups of devices communicate and make decisions as a group.

3. Centralized. Sensor readings are sent to a control center and decisions are made gridwide.

Different applications might have different control strategies with protection schemes’ being autonomous and CVO centralized. Knowing the control strategy for each application is critical to making the right decisions on communications and operations issues that come later.

For each operator position, personnel needs jump by a factor of five. The costs for information technology systems, networks and other supporting pieces also have a tendency to increase significantly. Starting with a business-hour strategy and migrating to a 24/7 strategy is more expensive than starting with a 24/7 plan and building into it; little of the infrastructure that supports a business-hour strategy is fit for a 24/7 operation.

There are typically five operation modes for the grid automation and control systems:

1. Business as usual. Everything runs as expected.

2. Restoration. Typically this is the craziest time as operators coordinate with people in the field to restore service as quickly as possible to as many customers as possible. Coordination occurs with communications vendors, equipment vendors, crews, supervisors, management and the press.

3. Impending storm (disaster) onset. Typically this is the second-craziest time of operations, when tempo steps up and backup systems must be in standby. Reserve operators may be deployed to backup locations.

4. Peak day. The load is approaching the maximum that can be handled, decisions must be made quickly and models must run flawlessly. When they don’t, operators must catch the errors before actions are taken.

5. Firmware. These are the days when firmware updates, encryption key updates and other changes are made to the grid. Such a day stresses the communications and control systems. The system is in an in-between state from start to finish of this evolution, making control decisions more difficult to manage.

Each mode must be evaluated based on the aforementioned items and the impacts understood. The cascade from how these modes are handled impacts information technology and communication decisions. Most vendors look at the business as usual and the onset situations. Few look at all five.

Not all locations are created equally. Some areas that are deploying CVO or sectionalizing might have massive returns on their investments; in others, there might be a minor impact.

Many deployments stall because locations are not prioritized; rather the programs are built on the average values and planned for complete systemwide deployment.

Prioritizing locations and breaking the grid into deployment areas based on the value of the application to customers in those areas creates positive business cases and gets deployments off paper and into the field.

Once the applications are understood, it is important to determine where the data is coming from and where the controls will be. This normally boils down to equipment-some are retrofit, and some are new.

Meters are useful, but there are too many. Creating a much smaller set of revenue meters and part of operations on a day-to-day basis makes the meter deployment relevant to grid control. Typically that subset is about 1 in 1,000.

Most security implementations are not set from a strategy that covers the entire grid automation landscape.

This opens gaps in security and adds to the cost of operating and managing the system.

Putting one or more of these into place before moving forward with the program will save confusion and cost.

The Department of Energy’s (DOE’s) “Electricity Subsector Cybersecurity Capability Maturity Model” will help determine if your strategy is complete.

All of these documents downplay the physical aspect of security in the grid. Making physical security an equal partner in the overall security strategy will pay dividends.

None of these models, however, were built to support grid operation. No race car driver would run a family car in a NASCAR race, and no NASCAR official would allow a stock family car on the track.

We persist as an industry in taking models that were built for other purposes and trying to make the fit for operations.

An operations model is built from the ground up to know where the control points, sensors, load and supply points are in the distribution grid.

It understands the dynamic elements in the grid and updates the configuration of those elements when they move.

Although elements of the GIS and OMS models are useful, they are not enough. This is the industry’s biggest issue with operating distribution. Bad models lead to bad decisions.

Latency, deterministic timing and survivability are the three main drivers for a communications system for grid operations.

Bandwidth is secondary in most cases. The bulk data at substations and in equipment in the field is mostly for planning and asset management, not grid control.

Being willing to split communications into channels to support different needs might be more cost-effective and survivable than using a single communication method that offers a silver bullet.

Any communications plan must be built on the back of the applications, operations strategy, security strategy and other foundation blocks.

Determining the communication plan and then backfitting the other blocks can lead to disaster.

Unlike the 1960s when the choices were simple-radio, microwave or telephone?-choices today are complex, and each has advantages and disadvantages that must be weighed against decisions made around items in this article.

Cellular or mesh might be fine for CVO and metering and might fail for remote switching orders.

Likewise, the digital sideband on a voice radio might be fine for switching a capacitor bank but might fail trying to retrieve the data from a phasor measurement unit.

Understanding the strengths and weaknesses of each communications method in your weather environment is important in matching communications to equipment and application.

Once these pieces are in place and regulatory approval is secured, the next step is project planning and procurement.

These are final pieces in the foundation before a rollout can start. In this planning, organizational change management, training, staffing plans, procedures and many other pieces still must be dealt with, but because the foundation is ready, the rest of the project will be much easier to plan, implement and manage.

Seldom do the building blocks get set in the order listed, although if you were a contractor building a foundation, you would do that.

Decisions often are made out of order for projects that are grid automation and control-related.

Some of that is based on the time many projects take: years and decades. Some of them are budget- and regulatory-related.

In some cases, there is no clear guide on how to do the projects-no equivalent of a building code or contractor’s construction planner.

We have built millions of homes, so it is no surprise the lessons learned have been turned into guidebooks.

On the other hand, grid automation and control are still new, and the definitive guidebook does not exist.

Doug Houseman is the vice president of technology and innovations of EnerNex. He has extensive experience in the energy and utility industry and has been involved in projects in more than 30 countries. He was the lead investigator on one of the largest studies on the future of distribution companies and for the past five years has been working with more than 100 utilities and manufacturers, 50 governments, five international agencies and nongovernmental organizations.