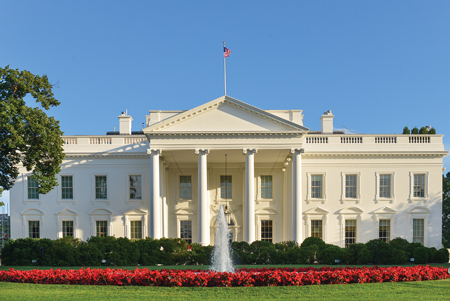 Historic might be the best way to describe the pace of legislative and regulatory events focused on utilities in 2015. Plenty happened that should dramatically affect the power industry for decades to come.

First and foremost, of course, was the U.S. Environmental Protection Agency’s (EPA’s) final release of its Clean Power Plan. Years in the making, the set of targets compels states to decrease power plants’ CO2 emissions an overall 32 percent below 2005 levels by 2030.

The Clean Power Plan commanded so much attention that relatively little notice was given to other congressional work affecting the industry, perhaps because those are still pending. The Energy Policy Modernization Act of 2015 and the Coal Combustion Residuals Regulation Act of 2015 have gained some support but not yet (as of press time) by both chambers nor President Obama’s signature.

Below is a breakdown of the possible impacts of those developments.

The EPA’s final rule was one of those few front-page energy stories that had nothing to do with the price of oil. The August release put all utilities-and the states where they operate-on alert that they had specific numbers to meet for carbon emissions. The trick now is how or whether they can get there in the time allotted.

“Certainly the net complexity added by the rule is not a good thing,” said Joe Nipper, who handles regulatory affairs and communications for the American Public Power Association. “Our industry is becoming increasingly complex…This rule adds multiple layers of complexity, some that we can’t understand yet.”

Many states and utilities groups also are still digesting it and determining their next steps; more than a dozen states are asking for a delay and some of them filed federal lawsuits while it was still in the draft stage last year. A Washington, D.C. federal court rejected a request for an emergency stay of the new rule by 15 states and Peabody Energy Corp.

A prominent opponent of the Clean Power Plan, surprisingly, is environmental hero and former Vice President Al Gore’s former counsel, Laurence Tribe. The Harvard law professor chimed in with the “unconstitutional” tag in various comments and an op-ed piece in the Wall Street Journal late last year. Earlier this year, Tribe stepped up his rhetoric by saying the Clean Power Plan was “burning” the Constitution.

“The EPA is attempting an unconstitutional trifecta: Usurping the prerogatives of the states, Congress and the federal courts all at once,” he was quoted by multiple publications in March. “Burning the Constitution should not become part of our national energy policy.”

Those skeptical of Tribe’s legal purity noted that he has worked for Peabody Energy, which calls itself the world’s biggest private-sector coal producer.

The APPA’s Nipper did not express outright opposition to the Clean Power Plan, noting that the EPA made the rule more workable in some ways, such as offering more time to meet mandates. The APPA’s membership of municipally owned power generators has about 47 million customers nationwide.

On the other hand, many states got hit harder, such as Montana, North Dakota, South Dakota, Indiana and Kentucky, he noted.

“It’s no big surprise,” Nipper said. “They redid the formula…and in redoing the formula, the states that have more coal generation have a tougher target to meet.”

North Dakota, for instance, must reduce its emissions 45 percent to 1,305 pounds per MWh by 2030, while Montana and Wyoming, all major coal producers, must also shed CO2 by more than 40 percent each, according to reports. South Dakota will have to reduce emissions by more than 1,000 pounds CO2 per MWh, or close to 48 percent.

California, Rhode Island, Maine, Idaho and Connecticut are the five states with the least amount of work to do on CO2 reductions.

Many power holding companies, such as Duke and AEP, already have introduced plans to retire coal-fired generation, but they also are trying to deal with the Clean Power Plan shortly after spending big to meet the EPA’s rule on mercury and air toxics standards (MATS).

“They’re just coming off of meeting compliance with the mercury and air toxics rule, and that was pretty expensive,” Nipper said. “That was one of the fault lines, if you just retrofitted coal units to meet the MATS rule.”

The MATS rule endured its own judicial slap down earlier this summer when the U.S. Supreme Court voted 5-4 that the Obama administration should have factored in the costs of compliance; the EPA estimated those costs at close to $10 billion per year. While some in the industry counted that as a “supreme” victory dismantling MATS, the high court actually left the rule in place but sent it back to the federal appellate level for reconsideration.

Meanwhile, the power utility industry already is moving fast toward renewables and replacing coal with natural gas-fired generation that can keep the grid humming if “the sun don’t shine or the wind don’t blow.”

The Edison Electric Institute, which represents investor-owned utilities, estimated that the industry reduced CO2 emissions by 15 percent below 2005 levels in 2014 alone. Solar Energy Industries Association predicted that 20,000 MW of solar capacity would be installed in 2015 and 2016 combined.

“Our industry also is making significant investments in renewables and in the grid infrastructure needed to deliver renewables to customers,” according to an EEI statement this summer. “In fact, utility-scale solar projects now amount to almost 60 percent of installed solar capacity, and the amount of electricity produced from wind doubled from 2010 to 2014.”

And midway through 2015 came a historic moment: the first time that gas-fired generation topped coal-fired power. Environmentalists might consider that a Pyrrhic victory, because natural gas produces only half the carbon emissions of coal but is mined from shale plays using hydraulic fracturing and producing vast amounts of polluted water.

The future is unknown. A Republican president and Congress could be elected next year and try to undo some of the EPA edicts. Yet many utilities feel that the die is cast and there’s major, expensive work to be done.

“EPA’s Clean Power Plan is the most comprehensive, far-reaching regulation ever promulgated by the federal government to impact the electric power sector and will significantly change electric utility operations well in the future,” the EEI statement read.

State plans are due by September 2016 although some can get extensions of up to two years.

A rare bipartisan bill sponsored by U.S. Sen. Lisa Murkowski, the Republican from Alaska, and Democrat Maria Cantwell, from Washington state, passed its Senate committee by an 18-4 vote. The legislation deals with a broad array of energy issues, from oil and gas to utility infrastructure.

Portions of the bill dealing with fossil fuels and alternative energy production garnered some mainstream attention, but what intrigues much of the utility industry most was the call for major investment in the traditional grid infrastructure, cybersecurity and smart grid sectors.

Among the utility-specific highlights are: a $500 million, 10-year research and development demonstration program on grid-scale energy storage; a 10-year, $2 billion allocation focused on demonstration projects integrating new technologies into the grid; doubling the U.S. Department of Energy’s expenditures on cybersecurity research and development, among other goals.

The Energy Policy Modernization Act has plenty of debate and rewriting left, but AEP spokesman Melissa McHenry noted that the last major update of U.S. energy policy was in 2007.

“The current energy renaissance in this country will only reach full potential if supported by a national energy strategy that leverages U.S. advantages,” McHenry said in a statement. The energy legislation developed by Murkowski and Cantwell in the Senate and by others in the House of Representatives “are significant first steps in developing a diverse supply of energy resources, bolstering electric reliability and carefully balancing energy development with environmental stewardship,” she added.

Abbo’s boss, C3 Energy CEO Thomas Siebel, told a House subcommittee on energy and power that as much as $2 trillion will be invested globally to upgrade the grid infrastructure throughout this decade, with half of that spent in the U.S. A crucial part of that upgrade will be the addition of sensors needed in meters and other smart grid devices, Abbo echoed. Those sensors, in turn, will cut down on the costs of line loss, energy inefficiencies and give dramatic, informed power back to both the utilities and the customers, he said.

Utilities just need financial encouragement to make those investments. Abbo predicted that the grid modernization bill, if approved, can do just that by allowing companies to move the costs of advanced analytics and cloud-based computing into the rate-paying structure. Previously, many companies have booked those new-era investments as operating expenses rather than capital expenditure costs.

“That’s one of the obstacles or hurdles the bill will help remove,” Abbo said. “The bill encourages regulators and utilities to treat investments in advanced energy analytics and cloud-based (services) as investments they can get rate recovery on.”

Real-time analytics and sensors can improve reliability, lead to fewer outages and help consumers save money by giving them data on rate costs and usage patterns, he added.

All in all, the modernization act can unlock $50 billion value on both sides of the utility-customer equation, or $300 per meter per year, in C3’s estimation.

“There’s no need for subsidies,” Abbo said. “These are investments that pay off in net positives.”

The modernization act is no slam dunk, with some environmental groups saying it does not include enough proactive moves on the clean energy front. A letter by Clean Water Action, citing opposition from groups such as itself and Sierra Club, applauded grid storage and water conservation components of the 2015 bill, but found plenty to pick on.

“There are, however, several provisions in this bill that we believe could cause detrimental effects to public health and our environment,” the Clean Water Action letter read. “For example, there is no need to exempt hydropower facilities from regulations that have worked for a century. Some provisions could also have unintended severe consequences for EPA public health protections. We are also troubled by the lack of clean energy investments made by a bill that claims to modernize our energy policy.”

This piece of legislation, called H.R. 1734, passed the House of Representatives around the same time as the Energy Policy Modernization Act passed through its Senate committee. The coal combustion bill, authored by West Virginia Republican Rep. David McKinley, has a slim-or-none chance of either passing in the Senate or on President Obama’s desk, according to some outside observers such as govtrack.us.

The bill deals with disposal of coal ash from power plants. It was filed and debated in response to the EPA’s final rule on coal combustion residuals which was published in the Federal Register earlier this year. The stronger federal requirements on impoundment and disposal were spurred by the December 2008 failure of a coal-ash impoundment at the Tennessee Valley Authority’s Kingston coal-fired plant. That mishap reportedly unleashed 5.4 million cubic yards of fly ash to impact homes and seep into the Emory River in Tennessee, according to reports.

Supporters of the House’s legislative response say that the Improving Coal Combustion Residuals Regulation Act can save approximately 316,000 jobs by letting the states design their own coal-ash disposal programs as long as they meet EPA standards.

“While this legislative approach isn’t perfect, it’s better than the EPA’s proposal which leaves too many opportunities for extreme environmental groups to replace regulations based on sound science with their agenda of shutting down the coal industry,” U.S. Rep. Kevin Cramer, R-North Dakota, said in his official release.