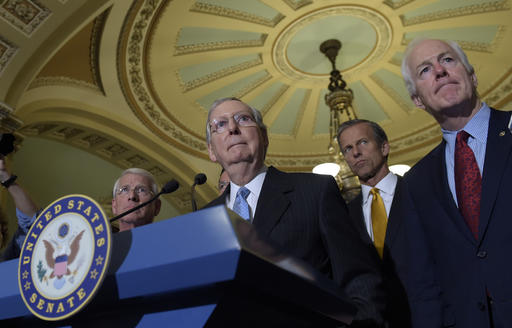 With the Republican Party maintaining control of both the U.S. Senate and House of Representatives, there won’t be dramatic change in the makeup of congressional committees dealing with energy and environment committees.

There could some lineup changes in committee and subcommittee chairmanships given that the GOP term-limits it committee chairs the Van Ness Feldman law firm said in a post-election rundown Nov. 9.

There will be no change in leadership of the Senate Energy and Natural Resources Committee, Sen. Lisa Murkowski (R-Alaska) will continue as chair and Sen. Maria Cantwell (D-Washington) will remain as the ranking minority member.

In the House Energy and Commerce Committee, Rep. Fred Upton (R-Michigan) is term-limited; while Rep. John Shimkus (R-Illinois) and Rep. Greg Walden (R-Oregon) have expressed interest in the chairmanship. Rep. Pallone (D-New Jersey) remains on as the ranking minority member.

Sen. James Inhofe (R-Oklahoma) is term-limited. Sen. John Barrasso (R-Wyoming) is next in line. If Barrasso remains chairman on Indian Affairs, Sen. Shelley Moore Capito (R-West Virginia) would be next in line to chair the Environment and Public Works Committee, the law firm noted.

Sen. Barbara Boxer (D-California) is retiring and Sen. Tom Carper (D-Delaware) is next in line.  If Carper becomes Ranking on Homeland Security, Sen. Ben Cardin (D-Maryland) would be next in line. If Cardin becomes ranking member on Foreign Relations, Sen. Sanders would be next.

On Capitol Hill, Congress returns to Washington on November 14th for a “lame duck” session. Given the election results, Congressional Republicans may limit the agenda to “must pass” legislation such as passing appropriations for fiscal year 2017 and the National Defense Authorization Act.

Certain issues such as consideration of a Supreme Court nominee will be pushed into 2017 when Republicans will control the Presidency and hold the majority in both houses of Congress, Van Ness Feldman said in its assessment.