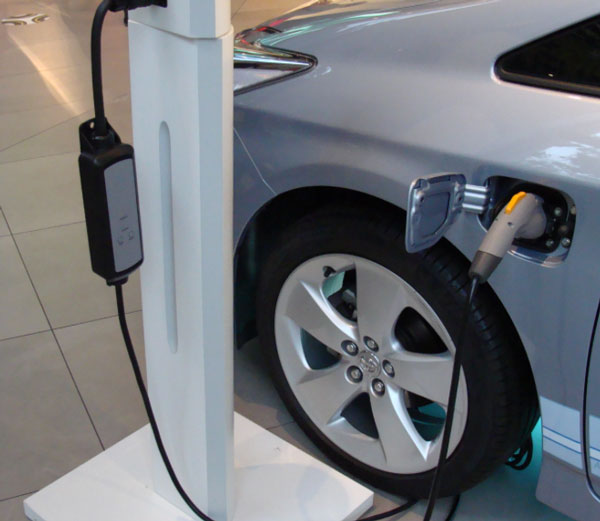 The combined impact of electric cars and ride sharing are dramatically changing urban transportation.  According to a recent report, electric vehicles (“EVs”) will make up 25 percent of the global car fleet by 2040.

One obstacle to EV operation is the time and energy needed to recharge a power-depleted vehicle. Hence, the success of the connected car movement will depend on finding ways to power more EVs for longer periods of time and for longer distances. Indeed, efforts are being made to develop “supercharging” technologies that enable EV owners and businesses to charge their vehicles faster than ever.

As demand and investment in these vehicles increases, so too will the demand for supercharging stations. Consequently, urban centers and real estate owners are expected to increase the supply of these stations, hoping to make these areas more attractive and accessible to EV owners and the burgeoning rideshare fleets. This growth, however, will put increasing demands on electricity supply that can be difficult for businesses to control.  This may lead to grid interruption in the most populous areas, with resulting interruptions of business operations.

All of this begs raises the question: Can businesses count on their insurance coverage to respond to the increased risks posed by EVs?

Some projections show that there could be as many as 16 million EVs in California alone by 2025. The Utilities Telecom Council, a public utility and telecommunication advocacy organization, noted in a 2011 report that energy usage attributable to electric vehicles could rise 1,700 percent by 2020.

With this encouragement, the private sector is taking off. Auto manufacturers are lining up to launch EV sales in all 50 states and internationally. Tesla begins production of its Model 3 later this year, and has said that it hopes to be producing 500,000 electric cars a year by 2020. Electric bus manufacturer Proterra expects that one-third of new bus purchases will be electric by 2020, and that number will increase to 100 percent by 2030.  Even bikes are connecting to the electric grid.  Gogoro, a company that specializes in electric scooters and innovative battery-swapping “GoStations,” has introduced its Smartscooters in Taiwan and Berlin, with plans to expand to Amsterdam. The increased use of artificial intelligence (AI) in connected vehicles and their incorporation of “internet of things” (IoT) features will further expand their attractiveness, and will only speed up how quickly EVs displace the internal combustion engine. And businesses seeking to keep up with the trend are offering patrons and employees more options for charging their vehicles at work.

Yet as the industry for connected vehicles continues to grow, so too does one important risk — can our electric grid handle it all?

Assessing the risk this poses on connected vehicle developers, on businesses in “connected” communities, and on the energy sector, requires a crash course in Electric Grid 101. Homes and businesses are connected to the grid via transformers, which make electricity suitable for general use. As power usage increases, these transformers start to heat up. In the past, utilities did not need to worry so much about this, given that transformers are generally able to cool down as temperatures drop in the evening hours. Yet, statistics have shown that the drain on the grid posed by EVs is growing—particularly in the evening hours when owners charge their vehicles after the day’s activities. If these transformers get too hot, they can “blow out,” resulting in an interruption of electrical service to businesses and residences connected to the transformer.  Depending on the severity of damage, such an outage can add stress to electrical service in neighboring areas and cause additional service interruptions. Additionally, some communities in which EVs are more popular may also feature older electric infrastructure with transformers that are more susceptible to overheating.

Now to put this energy risk into perspective: On average, one household consumes energy at a rate of slightly more than 1 KW per hour, or 900 kWh per month.  In comparison, many popular EV superchargers charge at rates of over 24 KW, and Tesla’s supercharges run at a staggering 120 KW. The nature of daily commuting results in a need to charge EVs at precisely those hours when transformers should be cooling down.

The risks can multiply in areas where many vehicles are being charged over the same period of time, such as at urban centers, sports arenas or concert venues. Rideshare systems and transit authorities are also expected to begin employing larger EV fleets, and they may need to do most of their charging during the less popular commute times. Grid-draining supercharging stations will likely grow in numbers in order to accommodate these popular EV areas. In turn, businesses that install EV charging stations on their properties take on the additional risk of power interruption.

As time passes, EV developers may find ways to charge vehicles more efficiently, and energy companies will likely update old grid infrastructure to better sustain the new loads. Innovative charging concepts are showing promise in terms of allowing developers to control and spread energy consumption across the day. But in the meantime, the EV industry is expected to thrive, and manufacturers, businesses and energy companies should look to their insurance coverage—as part of a broader enterprise risk management strategy—to make sure the potential risks to the grid are covered.

Covering the Multibillion-Dollar Risk of a Grid Interruption

Business losses caused by power outages stand to increase considerably. In 2003, a blackout affecting 50 million people in the northeast United States and Canada caused economic losses estimated to be between $7 billion and $10 billion. In 2011, a 12-hour blackout in San Diego led to economic damages estimated at over $100 million and a class action by aggrieved business owners.

The takeaway is that even a brief outage can lead to crippling losses and liabilities, as businesses may need to close their doors to customers, or may lose valuable data from their computer systems. In such circumstances, businesses may need to turn to business interruption insurance coverage to alleviate the harm.

Another challenge is whether the loss to business interruption involved “physical damage” to the insured, a requirement for many business interruption policies. Sometimes an insured business personally suffers no physical damage at all following a power outage, but nevertheless must close its doors due to a lack of electricity. Other times businesses experience significant losses to intangible items, such as computer data. The case law on whether such losses are covered is in disarray.

One leading case is American Guaranty & Liability Insurance Company v. Ingram Micro Inc., decided out of Arizona in 2000.  Ingram, “a wholesale distributer of microcomputer products,” purchased an all-risk insurance policy from American to insure against business interruption losses. The policy insured against “[a]ll [r]isks of direct physical loss or damage from any cause.” As a result of a mere thirty 30-minute power outage, Ingram’s computer lost all programming information from its RAM. The insurer argued that there was no physical damage because the computer itself had not actually lost its ability to accept data and its functionality could be restored. The court disagreed, finding that the loss of use, access and functionality of the computer system for a period of time constituted covered “physical damage.”

In the 2009 New Jersey Supreme Court case, Wakefern Food Corporation v. Liberty Mutual, a group of insured supermarkets brought an action against their insurer to recover losses from spoiled food and business interruption during a four-day blackout. Liberty argued that there was no coverage because the grid was not physically damaged, given that it could be restored to service after the interruption. The New Jersey Supreme Court found that “the grid and its component generators and transmission lines were physically incapable of performing their essential function of providing electricity.”  The court found the “physical damage” requirement to be satisfied based on the loss of function of the system as a whole.

Vonage Holdings Corp. v. Hartford Fire Ins. Co., another New Jersey case from five years ago, involved a similar data loss, albeit in the context of a hacking event. Vonage’s voice and messaging servers were hacked, causing calls to be momentarily re-routed in a manner that prevented Vonage from utilizing the full capacity of its servers, resulting in a loss of over one more than $1 million dollars. The insurer denied coverage for the business losses, arguing that the corruption to the servers did not constitute any physical damage to “tangible property.” The District Court denied the insurer’s motion for summary judgment, holding that the loss of use of the full capacity of its servers could qualify as a “loss” of property under the policy.

But not all courts have found “property damage” to exist when a business’ systems have been interrupted. In a 2003 California Fourth District Court of Appeals case, Ward General Ins. Servs., Inc. v. Employers Fire Ins. Co., the plaintiff was in the process of updating its Oracle computer database when the database system crashed, resulting in the loss of plaintiff’s electronically stored data, as well as expenses incurred in restoring the data, and a loss of business income because of the disruption, all totaling over $250,000. The court held that “the loss of the database, with its consequent economic loss, but with no loss of or damage to tangible property, was not a “Ëœdirect physical loss of or damage to’ covered property under the terms of the subject insurance policy, and, therefore, the loss is not covered.”

As these cases illustrate, grid interruption can result in crippling losses and coverage is often uncertain. Yet the availability of insurance may be essential to the survival of companies utilizing EVs.  These businesses will need to consider the growing risks to the grid as the EV industry continues to boom, and reliable insurance coverage is one critical component to that industry’s success. Policies vary greatly across insurance carriers, and traditional business interruption forms may leave a company exposed in the event of non-traditional risks. Specialty cyber liability policies should also be considered to add further protection from these risks.

Importantly, because each player involved — from the groundbreaking EV startup to the perennial energy provider — has a unique risk profile, knowledgeable counsel can provide critical assistance in evaluating that risk to ensure that policyholders are getting the insurance protection that they need. The trend toward an EV–friendly marketplace is a welcome one, but keeping these risks in check can help avoid the costly detours caused by unexpected gaps in coverage. 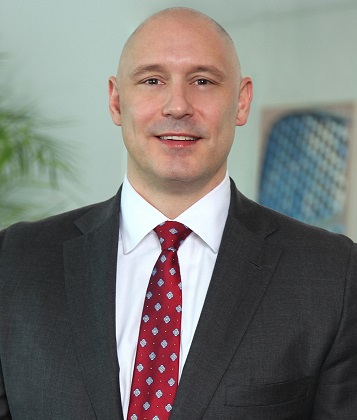 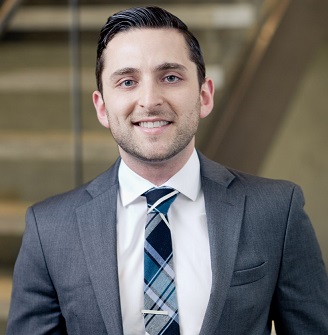 Paul Moura is an associate in the Los Angeles office of the firm’s insurance coverage group.