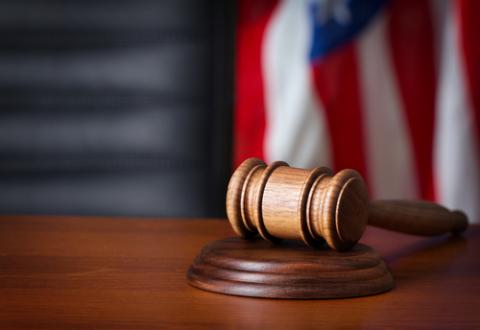 Although the order did not address the merits of FERC’s market manipulation claim, the court’s order makes clear that aggregators of retail customers or other entities facilitating the participation of others in wholesale demand response programs can be assessed civil penalties to the extent that they directly participate in a manipulative scheme.

In their defense to FERC’s actions, Silkman and CES argued that FERC did not have any jurisdiction under its Anti-Manipulation Rule to pursue them, as they merely acted as advisors to Rumford.  More specifically, they argued that, at most, they aided and abetted Rumford’s manipulative acts, which does not provide a basis for assessing civil penalties under the Anti-Manipulation Rule.

In its April 11 order, the court rejected the argument that FERC had failed to demonstrate that they had a basis for pursuing their claims against Silkman and CES and found that consultants and other entities that knowingly communicate fraudulent information on behalf of retail customers participating in a demand response program can be held liable for market manipulation.  Although the court acknowledged that the Anti-Manipulation Rule does not authorize FERC to impose liability on those that merely aid and abet the manipulative acts of another, the court found that there was evidence indicating that Silkman and CES had directly participated in the manipulative scheme.  According to the court, had Silkman and CES merely “hatched the scheme and presented it to Rumford to be executed by the latter” such aiding and abetting would not provide a sufficient basis for imposing primary liability, but the court noted

that there were allegations that Silkman and CES had communicated information to ISO-NE regarding Rumford’s daily availability to provide demand response service and submitted registration information to ISO-NE that misrepresented Rumford’s actual demand response capacity.  This evidence, the court concluded, suggested that Silkman and CES had participated in the actual execution of the fraudulent scheme and, as a result, had directly violated the Anti-Manipulation Rule.

It would be prudent for those participating in wholesale demand response programs to review their activities and strategies in light of the court’s holdings.  The court’s ruling suggests that, in some cases, it may be possible for those facilitating the participation of customers in demand response programs to be held liable for market manipulation to the extent that they communicate false or misleading information on behalf of their customers or take other steps in furtherance of the alleged manipulative scheme.

ggregators of retail customers, consultants, and other entities that facilitate the participation of third parties in demand response programs must be mindful of the strategies and behavior of their customers and should take steps to ensure that they could not be viewed as effectuating the manipulative conduct of any of their customers.  Those who fail to do so may find themselves a target of a FERC enforcement action and civil penalties of over $1 million per day per violation.

About the authors: Michael W. Brooks, a partner in the Washington, D.C., office of Bracewell LLP, focuses his practice in the areas of energy, commodities and derivatives law. He represents energy companies and commodity trading companies in a wide variety of regulatory, compliance and enforcement matters and routinely advises clients regarding compliance with federal rules and regulations governing the trading, ownership and transportation of energy commodities. He can be reached at michael.brooks@bracewelllaw.com

A senior counsel in Bracewell’s Washington, D.C. office, Bob Pease represents and advises energy and commodity clients in enforcement and regulatory matters before the  Federal Energy Regulatory Commission (FERC) and Commodity Futures Trading Commission (CFTC). He can be reached at bob.pease@bracewelllaw.com.

An associate in the Washington, D.C. office of Bracewell, Stephen J. Hug represents clients in matters related to federal regulatory policies, regulations and rules applicable to the electric industry. His experience includes assisting clients with compliance with the rules and regulations of FERC and the Federal Power Act (FPA).  He can be reached at stephen.hug@bracewelllaw.com