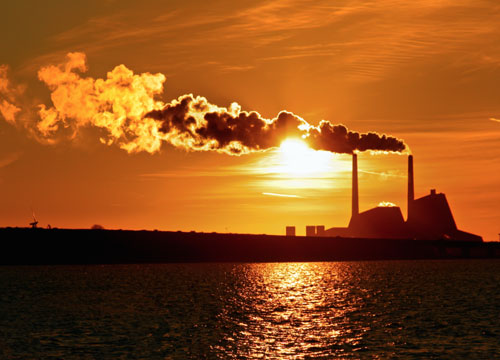 A federal appeals court in Washington, D.C. declined an application by 27 states to halt the enforcement of the EPA’s Clean Power Plan, which puts federal limits on carbon dioxide emissions from power plants, according to reports.

The U.S. Court of Appeals for the District of Columbia Circuit handed down this defeat to the group of states, led by coal-producing West Virginia, affirming the EPA‘s mandate to regulate the emission of gases that cause climate change.

The final version of the Clean Power Plan was released October 23, and the legal challenges to it began that same day.

These regulations have the goal of cutting U.S. carbon dioxide emissions from the power generation sector by 32 percent by 2030.

According to reports, this is not the end of legal proceedings for the Clean Power Plan. Courts will still hear arguments as to the rule’s legality.

The White House released a statement in support of the court’s ruling, saying “We are pleased that the court has rejected the petitioners’ attempts to block the Clean Power Plan from moving forward while litigation proceeds. We are confident that the plan will reduce carbon pollution and deliver better air quality, improved public health and jobs across the country. We look forward to continuing to work with states and other stakeholders taking steps to implement the Clean Power Plan.”

The American Coalition for Clean Coal Electricity said the coal power industry, which it represents, will continue to oppose the rule.

“Today’s decision by the lower court is the first of many legal steps that will take place in the coming weeks and months as we seek to overturn Obama’s costly power plan. We remain hopeful that the court’s ultimate decision will be in favor of the best interests of the nation,” according to the ACCCE.

Carol M. Browner, former administrator of the EPA, called the court’s decision a win for the American people.

“The decision ensures states will move forward with their own plans to reduce dangerous carbon pollution from power plants and invest in cleaner, safer sources of energy. It underscores the Clean Power Plan’s strong basis in law and signals that legal challenges to it will ultimately fall short. It’s time to stop suing to stay stuck in the past, and start working to usher in the clean energy economy of the future,” Browner said in a release.