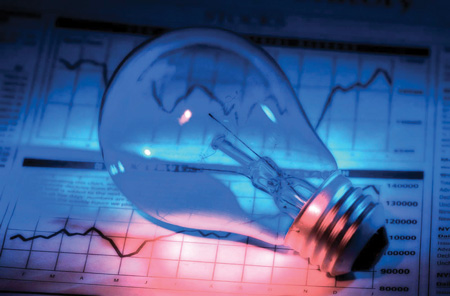 Commercial and industrial facilities consume nearly half of the energy consumed in the U.S., but a significant part of that market has not yet adopted efficiency tools despite the financial value in those programs, according to a new study by Norwegian technical firm DNV GL.

DNV GL found that a majority (53 percent) of managers and business leaders in mid-to large-sized commercial facilities view energy efficiency as a proven operating and investment strategy. Eighty-four percent of the respondents who reported having taken steps to save energy reported at least one positive business benefit, such as lower operating costs or higher worker productivity.

“We strongly believe that energy is just going to become a bigger and bigger expense, and finding new ways to cut costs in that area are key to future success,” one of the managers told DNV GL.

The survey indicated that 52 percent of commercial facility managers relied heavily on equipment and service vendors for advice on energy efficiency projects.

However, as DNV GL project director Mitch Rosenberg noted, “The survey revealed that a significant segment of the market has not adopted energy management and related capital improvement practices. Moreover, even among facilities that pursue energy efficiency, many opportunities to reduce energy use remain, particularly through improved operation and maintenance practices.”

Among DNV GL’s key findings was that facilities which set energy goals are twice as likely to make capital improvements reducing energy use as those who do not set such goals.

DNV GL’s Commercial Pulse survey was conducted in Q4 2015 with facility managers of 497 commercial and industrial (C&I) facilities nationwide. The sample for this online survey was restricted to facilities with 50 or more employees, which represents 60 percent of all C&I employment. The results were weighted to reflect the population of C&I facilities by size, region, building type, and participation in utility energy efficiency programs.