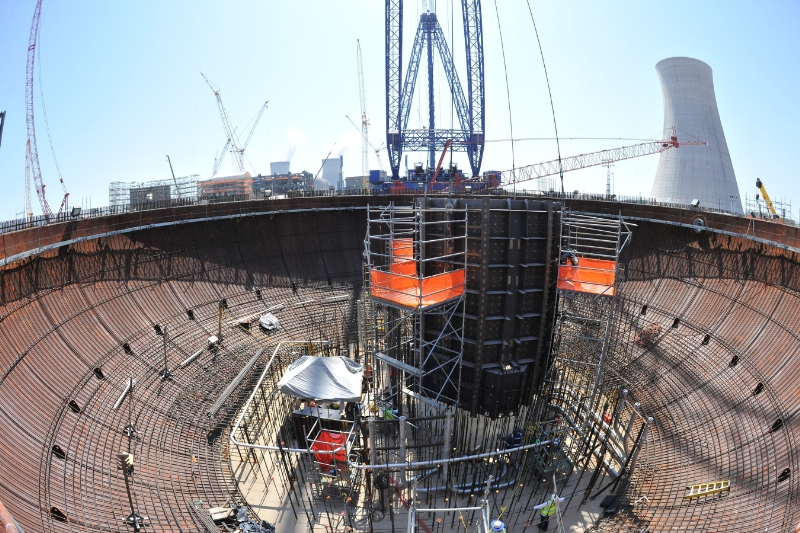 To further support the construction of two advanced nuclear reactors at the Alvin W. Vogtle Electric Generating Plant, the Department of Energy will issue $1.8 billion in loan guarantees to three subsidiaries of the Municipal Electric Authority of Georgia (MEAG Power).

This is the last of three conditional commitments that were first announced by the administration in 2010, which, when combined with the previously issued $6.5 billion in loan guarantees to Georgia Power and Oglethorpe Power Corp., allow the project to be fully financed.

The Vogtle project is the first new nuclear power plant to be licensed and begin construction in the U.S. in more than three decades. The two new 1,100 MW Westinghouse AP1000 nuclear reactors at Vogtle represent the first U.S. deployment of this technology and once they come online, the new nuclear reactors are expected to provide enough electricity to power nearly 1.5 million American homes and avoid nearly 10 million metric tons of carbon dioxide emissions annually.

“As we move towards a low-carbon future, the DOE’s loan guarantees will play an important part in expanding the role of nuclear energy as a part of our all-of-the-above energy strategy,” said Energy Secretary Ernest Moniz. “The Vogtle project has put the U.S. at the forefront of a new generation of advanced nuclear reactors, incorporating numerous innovations resulting in significant operational and safety improvements, and helping to train a world-class workforce with expertise in building nuclear power plants.”

The two new nuclear reactors at Vogtle will supplement the two existing reactor units at the facility. According to industry projections, the project will create nearly 4,600 onsite construction jobs and about 750 permanent jobs once the units begin operation.

The Energy Policy Act of 2005 authorized the DOE to issue loan guarantees for projects that avoid, reduce, or sequester greenhouse gases and employ new or improved technologies. To further help accelerate the deployment of advanced nuclear energy in the U.S., the DOE also has $12.5 billion in loan guarantee authority available to support eligible innovative nuclear energy projects through the Advanced Nuclear Energy Projects Solicitation.

Currently, the DOE’s Loan Programs Office (LPO) supports a large, diverse portfolio of more than $30 billion in loans, loan guarantees, and commitments, supporting more than 30 closed and committed projects. This portfolio is helping to advance the nation’s all-of-the-above energy strategy through projects including the first nuclear power plant to begin construction in the U.S. in the last three decades, one of the world’s largest wind farms, several of the world’s largest solar generation and thermal energy storage systems, and more than a dozen new or retooled auto manufacturing plants across the country.