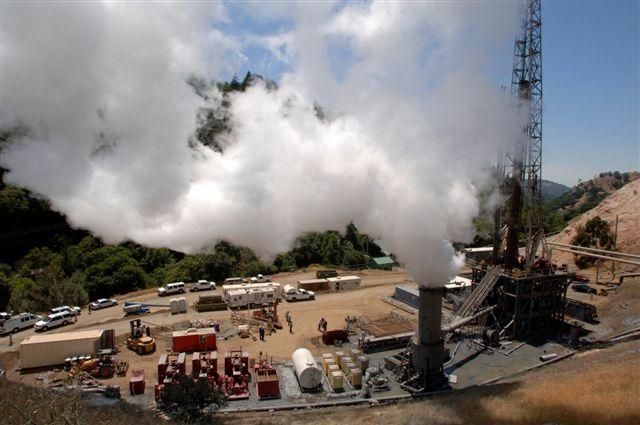 The Department of Energy announced five geothermal power projects selected for a total of $2 million for the first part of the multiphase Frontier Observatory for Research in Geothermal Energy (FORGE) effort.

This field laboratory, dedicated to cutting-edge research on enhanced geothermal systems, could unlock access to a domestic, geographically diverse and carbon-free source of renewable energy with the potential to supply power to up to 100 million homes in the United States. The first two phases of FORGE will provide a total of up to $31 million over two years for selected teams.

“Through these kinds of critical investments in renewable energy, the Department is helping develop cost-effective technologies for engineering geothermal systems that supply affordable, zero-carbon energy to millions of American homes and businesses,” said Under Secretary for Science and Energy Lynn Orr. “Enhanced geothermal systems could represent the next frontier of renewable energy and hold the potential to diversify the nation’s energy portfolio while reducing greenhouse gas emissions into the atmosphere.”

EGS are engineered geothermal reservoirs, created beneath the surface of the earth, where there is hot rock but limited pathways through which fluid can flow. During EGS development, underground fluid pathways are safely created and their size and connectivity increased.

These enhanced pathways allow fluid to circulate throughout the hot rock and carry heat to the surface to generate electricity. EGS development could lead to more than 100 GW of economically viable electric generating capacity in the continental United States, representing a two-orders-of-magnitude increase over present geothermal capacity.

The FORGE initiative consists of three phases. The first two phases will — over the next two years — focus on selecting both a site and an operations team, as well as preparing and fully characterizing the site.

The five selected teams announced today represent proposed projects in California, Idaho, Nevada, Oregon, and Utah. In Phase 1, the teams will spend the next year completing mission-critical technical and logistical tasks that demonstrate site viability and show the team’s capability of meeting FORGE objectives and developing plans for Phase 2.

Phase 2 will provide up to $29 million in funding. Up to three teams selected next year to move into Phase 2 will work to fully instrument, characterize, and permit candidate sites for full-scale operations at FORGE in the third and final phase.

Subject to the availability of appropriations, Phase 3 is anticipated to fund the full implementation of FORGE at a single site, managed by one operations team. This phase will be guided by a collaborative research strategy and executed via annual R&D solicitations designed to improve, optimize, and drive down the costs of deploying EGS.

In this phase, partners from industry, academia, and the national laboratories will have ongoing opportunities to conduct new and innovative R&D at the site in critical research areas such as reservoir characterization, reservoir creation, and reservoir sustainability.