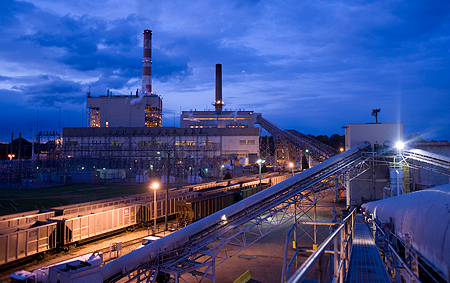 Dominion Virginia Power has won a one-year extension of the U.S. Environmental Protection Agency’s Mercury and Air Toxics Standards (MATS) deadline, to April 2017, that will allow it to keep running the coal-fired units at its Yorktown power plant.

The initial MATS deadline was in April 2015. State agencies can grant one-year extensions on that deadline, to April of this year. But EPA, under stronger rules about whether units are needed for grid reliability, is the agency that hands out the second one-year extension, to April 2017.

Dominion a couple of years ago wanted to retire the coal units at its Chesapeake and Yorktown plants by the end of 2014 due to MATS. The Chesapeake coal units were retired at that point, but the Yorktown units were spared due to a PJM Interconnection need for them for grid reliability purposes.

The extra life for the Yorktown units is tied into a contentious approval process that Dominion is going through for its planned Surry-Skiffes Creek transmission line. That line, which would cross the James River between Surry County and James City County, has stirred opposition from historic preservation and environmental groups. They say the power line would mar a historic view of the James River as the first settlers of Jamestown saw it and would interfere with wildlife around the river.

Yorktown is providing needed local power on a peninsula in the Newport News/Norfolk area while the power line is in the works.

Yorktown’s three generating units are: Unit 1, coal, 159 MW; Unit 2, coal, 164 MW; and Unit 3, oil, 818 MW. The station is located on the York River near the Yorktown battlefield, site of the last major battle of the Revolutionary War. Other nearby historic attractions include Jamestown, the first permanent English settlement in North America, and Jamestown Festival Park, which recreates early colonial life.

Said Dominion spokesperson Bonita Billingsley Harris in an April 19 e-mail to GenerationHub about the situation: “The U.S. Environmental Protection Agency has approved Dominion Virginia Power’s request to continue operating the coal units at Yorktown Power Station for one more year. The action will help ensure electric service reliability for the Peninsula region while the company pursues approval to build the Surry-Skiffes Creek electric transmission line.

“The EPA granted permission through an Administrative Order to operate the Yorktown coal units through April 15, 2017, under certain limitations consistent with the federal Mercury and Air Toxics Standards (MATS) rule. The rule is designed to reduce air emissions of mercury, arsenic and other constituents at coal- and oil-fired power plants. Without the latest EPA administrative order, Yorktown coal units would have been required to shutter operations last week.

“The Virginia Department of Environmental Quality previously granted a one-year extension that expired on Friday. The MATS rules does not permit additional extensions to comply.

“Once the Yorktown coal units are shut down, an additional source of electricity supply will be needed to ensure reliability on the Peninsula. Dominion has received approval of the Virginia State Corporation Commission to build a 500-kilovolt electric transmission line from the Surry Power Station, across the James River, to James City County and other infrastructure improvements to meet that need. The company is still waiting for approval from the U.S. Army Corps of Engineers, James City County and the Virginia Marine Resources Commission to build the Skiffes line.”