Several eastern US states are planning major investments in offshore wind. Wind turbines are touted as clean, green, and economically sound, but experience from around the world shows that offshore wind systems are both expensive and at high risk for early system degradation.

The governors of Massachusetts, Rhode Island, New York, New Jersey, Maryland, and Virginia have signed executive orders or passed laws to procure offshore wind systems valued at billions of dollars. Officials are eager to win leadership in what is perceived to be a new growth industry. The US Department of Energy has funded over $200 million in offshore wind research since 2011.

Massachusetts Governor Charlie Baker signed a law in 2016 requiring utilities to purchase 1,600 MW of electricity from offshore wind systems over the next 10 years. The law requires that wind systems be “cost effective to electric ratepayers.” But history shows that costs are likely to be far above the New England wholesale market price of 5 cents per kilowatt-hour.

Massachusetts paid solar generators a subsidy of 25 cents per kilowatt-hour during the state’s solar build-out in 2013. Rhode Island’s Block Island wind system, the first offshore system in the United States, now receives over 27 cents per kW-hr, with an annual guaranteed rate increase of an additional 3.5 cents per kW-hr. New England residents must enjoy paying renewable generators more than six times the market price for electricity.

In May of last year, Maryland’s Public Service Commission approved electricity-rate increases to fund two wind projects east of the Ocean City shoreline. Maryland’s residents will pay an additional $2 billion over 20 years in increased electricity rates to support the projects. The Maryland PSC claims the systems will create jobs and spur economic growth, but analysis shows that rate payers will pay $200,000 for each of the estimated 9,700 jobs created.

Also in 2017, New York Governor Andrew Cuomo announced approval of the South Fork Wind Farm off the coast of Long Island, stating “This project will not only provide a new reliable source of clean energy, but will also create high-paying jobs, continue our efforts to combat climate change and help preserve our environment for current and future generations of New Yorkers.”

But are offshore wind systems reliable? Ocean-located turbines face one of the harshest environments on Earth. Turbines are battered by wind and waves, struck by lightning, and need to endure salt spray that is very corrosive to man-made structures.

In February, it was reported that Danish wind operator àƒËœrsted must repair more than 600 wind turbines due to early blade failure. The blades are to be disassembled and brought to shore for repair after only five years of operation, at a cost on the order of $100 million.

Then in March, it was announced that wind turbines at the 175-turbine London Array, the world’s largest offshore wind system, would also need major repairs after only five years of use. Few offshore systems have made it to the end their specified 25-year lifetimes without a major overhaul.

Wind turbines sited off the eastern US coast must survive brutal weather compared to offshore turbines in Europe. From March 1-22 of this year, four powerful extratropical cyclones, called nor’easters, battered our east coast from Virginia to Maine. These storms produced ocean storm surges, large snowfalls, wind gusts of up to 100 miles per hour, and even 20 tornados.

Specifications call for wind systems to withstand gusts up to 156 miles per hour, but this isn’t good enough for some of our Atlantic hurricanes. Last September, Hurricane Maria struck Puerto Rico with Category 4-strength winds and destroyed many of the wind turbines on the island.

Finally, the Norfolk and Long Island Hurricane of 1821 passed through most of the proposed wind turbine sites with up to Category 4 wind strength. The expensive wind systems planned by Atlantic States could all be destroyed by a single well-placed hurricane.

Offshore wind turbines are expensive, prone to early degradation, and in the case of the US East Coast, at risk in the path of strong hurricanes. State officials should reconsider their plans for offshore wind systems.

Editor’s Note: This piece  was originally published in The Daily Caller. 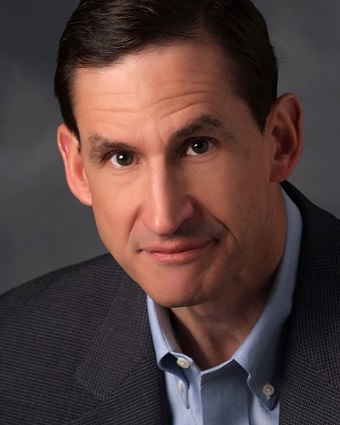 About the author: Steve Goreham is a speaker on the environment, business, and public policy and author of the book “Outside the Green Box: Rethinking Sustainable Development.”