“Electricity is the main ingredient of our modern lifestyle — and is the power behind the “Ëœsmart’ in our smart phones, smart appliances, and smart homes and businesses,” said Kuhn. “As the industry continues to utilize new technologies to transform how we generate and deliver electricity, cus­tomers also are changing how they use our product.”

Kuhn also discussed the steps the industry is taking to ensure the reliability of the electric grid, focusing both on storm response and outage restoration efforts, as well as cyber and physical security efforts. 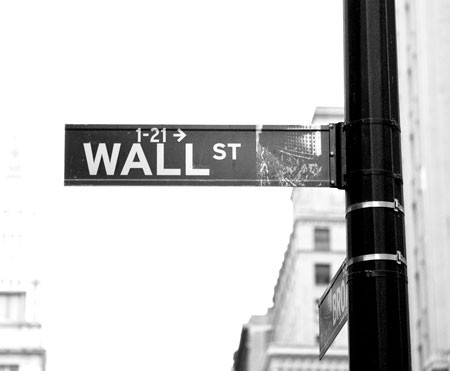 “Our approach to mitigating reliability threats focuses on risk management, not risk elimination. While there is no single solution that can make the grid completely safe and secure, we are partnering with other critical infrastructure sectors, as well as with the White House, federal agencies, and law enforcement authorities to share information, identify vulnerabilities, and assess, respond to, and recover from attacks when they do occur,” he said.

EEI Senior Vice President Brian Wolff outlined the key policy issues the industry will face this year, both in Washington and in the states. At the state level, Wolff said that one of the most critical policy debates is “the expanding role that distributed generation (DG)—and the net metering policies that support it—is having on the electric grid.” Wolff emphasized that EEI’s member companies are leaders in expanding solar options for customers and stressed the important role that DG, especially rooftop solar, will have in our generation future.

“It’s critical—and fair—that all electricity consumers who use the electric power grid share equitably in the costs of maintaining it and keeping it operating reliably at all times. The cost shifting caused by current net metering policies must be eliminated,” Wolff said.

Wolff noted that another area that provides great potential for the industry is transportation electrification. While sales of plug-in electric vehicles continue to steadily grow, Wolff pointed out that there is a wide range of commercial transportation applications, including fleets and seaports. “Electrification provides our society with an opportunity to make a major part of our economy cleaner, more efficient, and more energy secure,” he said.

EEI Vice President of Energy Supply and Finance Richard McMahon recapped the industry’s 2013 financial highlights, noting that while the EEI Index posted a lower average return than the Dow Jones Industrial Average and the S&P 500 last year, “over the longer term, electric utilities’ total returns have continued to reward investors more handsomely than the broader market.”

McMahon also said that the industry “is leading the transformation to make the grid more flexible and more resilient to meet the growing demands of our digital society. But transforming the grid requires significant investment. In 2013, the industry was projected to spend $95.2 billion in total capital expenditures, which would set another record.”

EEI also continues to advocate that the Federal Energy Regulatory Commission “provide compensatory returns on equity that reflect the risks of development and the long asset lives of transmission facilities,” McMahon said.

In the energy supply area, McMahon said “as energy markets change, and with them, our industry’s generation fleet, preserving fuel diversity and flexibility remains at the forefront of the industry’s priorities.”

Focusing on environmental issues, EEI Vice President of Environment Quin Shea outlined the industry’s regulatory challenges for 2014 and beyond. Shea emphasized that the “electric power sector has made impressive reductions in its air emissions over the past 20 years, during a time when electricity use grew by almost 40 percent.”

Shea also reaffirmed that the industry continues “to support achieving the nation’s environmental goals in a manner that minimizes costs to customers and is consistent with the industry’s investment in, and transition to, an increasingly cleaner, safer, and more reliable generation fleet and enhanced electric grid.”

Among the pending Environmental Protection Agency (EPA) regulations that Shea discussed was the cooling water intake structures rulemaking — known as the section 316(b) rule under the Clean Water Act.

“This is one of the most significant rulemakings facing the industry this year,” he said. The rule would apply to all existing steam-electric facilities. Shea noted that there could be a $100-billion cost impact if all affected units were required to retrofit with cooling towers, and warned that this could threaten reliability and lead to premature plant closures. The final rule is expected in April.

Shea also addressed the greenhouse gas New Source Performance Standards (NSPS) for new and existing sources that are “key pillars” of President Obama’s Climate Action Plan. With regard to the proposed GHG guidelines for existing sources, Shea said the industry continues to stress that “EPA should provide states with maximum flexibility when creating compliance plans and that there should be credit given for a wide range of actions taken to date that have resulted in GHG emission reductions.”

“2014 will be a critical year for environmental regulations, and one that certainly will present challenges to preserving an “Ëœall-of-the-above’ fuel policy. While we do not fully know what the cumulative effects of all these regulations will be on the electric power sector, it is certain that they will have a significant economic impact on our industry and our future generation fleet, while also impacting our mission to keep electricity affordable and reliable for all customers,” Shea said.