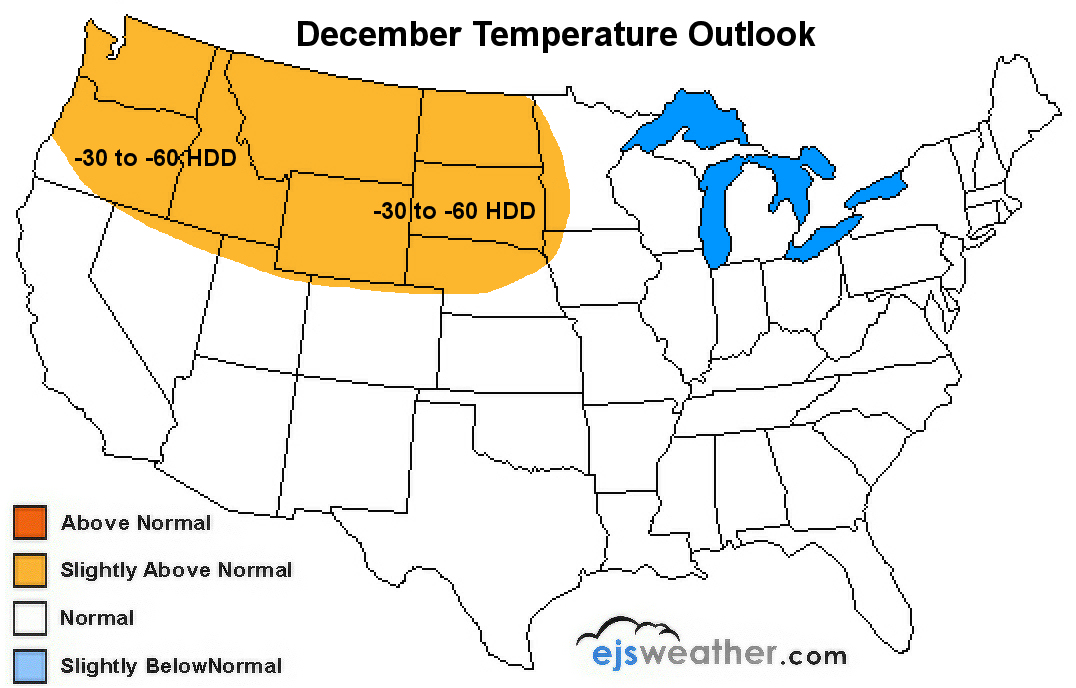 Sea-surface temperatures have warmed slightly across much of the Equatorial Pacific Ocean during the past few weeks. This is likely the first indication that the predicted El Nino is beginning to develop. Most long-range climate models continue to show at least a weak El Nino in place during the upcoming winter season.

As for the December temperature outlook, slightly above normal temperatures are projected throughout the Pacific Northwest, northern Rockies, and northern Plains. Total monthly heating degree days will likely be lower than average by between 30 and 60 across these regions of the United States. Energy costs with respect to heating are also expected to be below average in these areas. Much of the eastern third of the United States is a bit of a question mark with regards to temperatures in December.

Typically, a developing El Nino leads to milder conditions across the Midwest, Great Lakes, and Northeast. However, the NAO (North Atlantic Oscillation) has finally become negative over the past week. If the NAO remains more negative as we head toward December, some colder periods are possible across the eastern third on the United States. Offsetting these two factors leads to a temperature forecast that is closer to normal across much of the eastern and southern United States during the month of December.

Right now, the second half of the winter season looks to be milder than normal across the Midwest and Northeast, mainly due to the El Nino likely being in place.