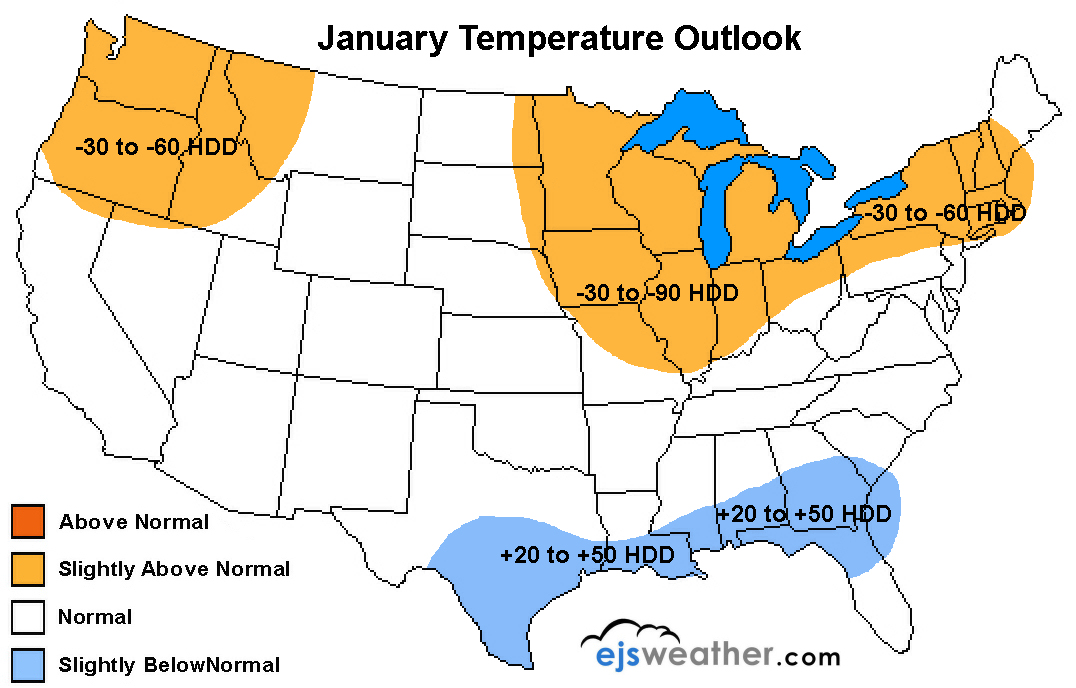 The current El Nino phase has maintained its strength over the past month as sea-surface temperatures remain warmer than average across much of the Equatorial Pacific Ocean. The latest long-range climate models are still indicating that this El Nino will peak during the winter and begin to weaken sometime during the spring with more of a neutral phase developing by next summer. Time will tell if this trend verifies. One thing is for certain: this El Nino will continue to have an influence on temperatures throughout the United States this winter. As for January, slightly warmer than normal temperatures are predicted throughout the Midwest, Great Lakes, and parts of the Northeast. This will be largely due to the effects of El Nino, but also could be influenced somewhat by a positive NAO (North Atlantic Oscillation) that could be in place. Total monthly heating degree days are projected to be lower than average by between 30 and 90. Parts of the Pacific Northwest could also see slightly above normal readings during January. These regions of the country will likely see lower energy costs with respect to heating during this period. In contrast, portions of the Gulf Coast and Southeast are forecast to see temperatures that on a whole average a little cooler than normal in January. A monthly surplus of heating degree days by between 20 and 50 along with slightly higher energy costs with respect to heating are expected across these areas.