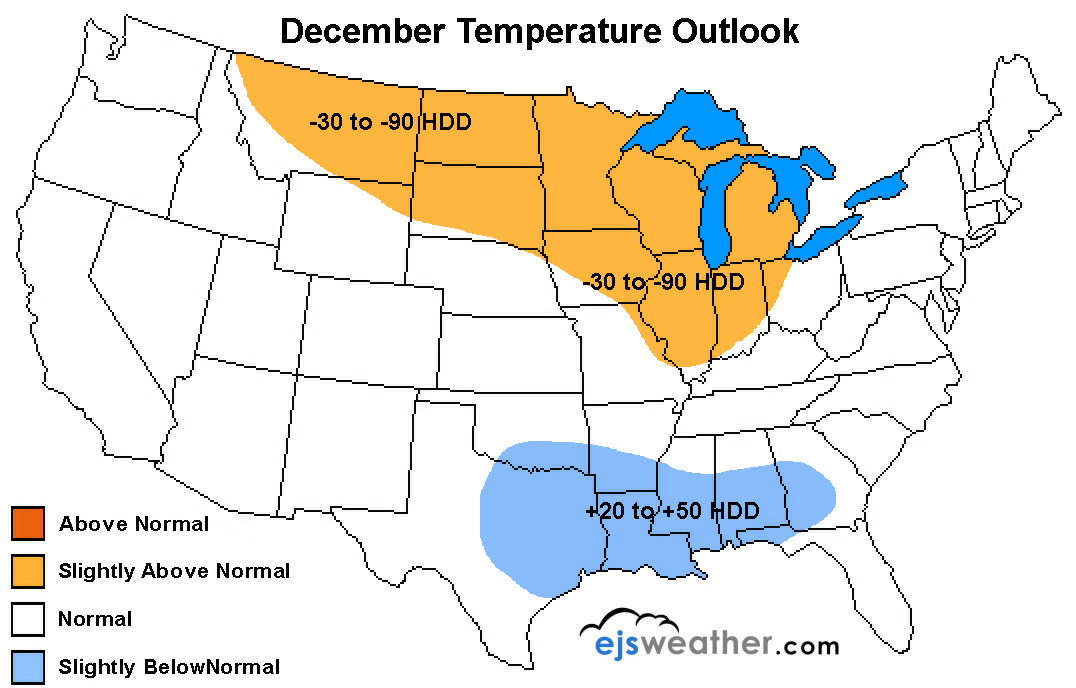 As the winter season approaches, all signs are that the current El Nino is maintaining its strength as sea-surface temperatures remain warmer than average across much of the Equatorial Pacific Ocean.

The latest long-range climate models continue to indicate that this El Nino will persist through the upcoming winter with some weakening possible toward next spring. With that being said, this strong El Nino will likely have a large influence on winter temperatures across the United States.

As for temperatures in December, slightly above normal readings are forecast across portions of the northern Plains, Midwest, and western Great Lakes mainly due to the anticipated effects of the El Nino. Other past years such as 1982, 1987, 1997, and 2002 that had a stronger El Nino in place all saw a warmer December across these regions of the country.

Total monthly heating degree days are expected to be lower by between 30 and 90 in December across these regions. Energy costs with respect to heating are also predicted to be slightly lower than average.

On the flip side, parts of the southern Plains, lower Mississippi Valley, Deep South, and Gulf Coast are forecast to see temperatures that on a whole average slightly cooler than normal in December. Slightly higher energy costs with respect to heating along with a surplus of heating degree days by between 20 and 50 can be expected. Near normal temperatures are projected across the Northeast,        Mid-Atlantic and much of the western United States.