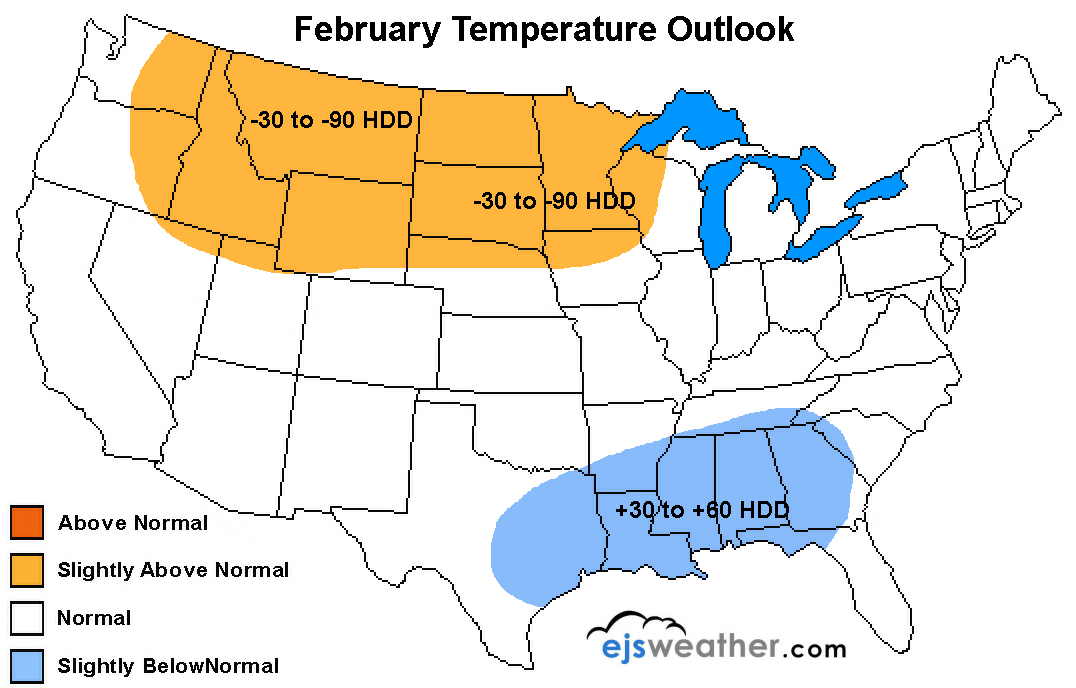 Sea-surface temperatures throughout much of the Equatorial Pacific Ocean continue to be warmer than average and have not changed much over the past month. With this being the case, the current strong El Nino phase is persisting and will likely continue to be the main influence on temperatures across the United States during the remainder of the winter.

Long-range climate models are still predicting that this El Nino will begin to weaken this spring. It should be noted that during other winters with this strong of an El Nino in place such as 1982, 1987, 1997, and 2009, the El Nino weakened during the following spring and summer. So while there are no signs yet, the chances of this weakening taking place this spring are somewhat high based on past climate trends.

This El Nino has already made its mark on early winter season temperatures across portions of the United States with some parts of the Midwest and Great Lakes seeing one of their warmest Decembers on record.

As for the February temperature forecast, slightly above normal temperatures are projected across parts of the northern Rockies, northern Plains, and upper Midwest. A deficit of total monthly heating degree days of between 30 and 90 is expected across these regions of the country.

In contrast, portions of the Deep South and Gulf Coast are forecast to see slightly cooler than normal temperatures, which will result in a monthly surplus of heating degree days and higher energy costs with respect to heating.

The Midwest, Great Lakes, Mid-Atlantic, and Northeast will likely see temperatures that on a whole average closer to normal during February.