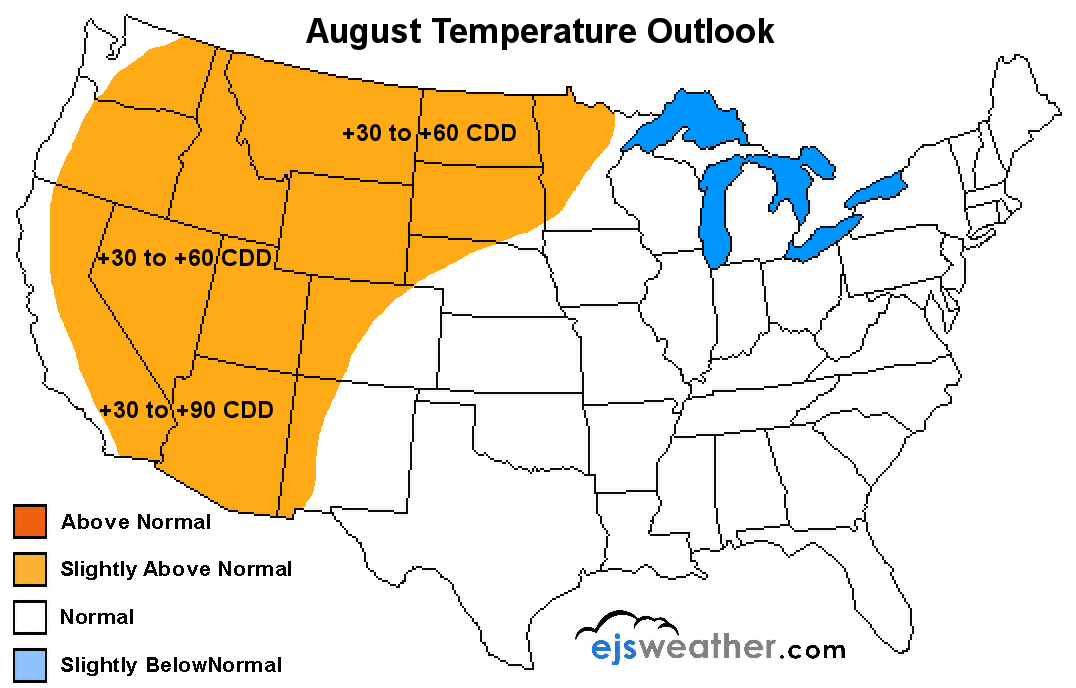 Overall, there has not been much change in sea-surface temperatures across the Equatorial Pacific Ocean during the past month or so. Most of Equatorial Pacific is seeing sea-surface temperatures that are continuing to run close to average. This indicates that the neutral ENSO phase is ongoing. The latest long-range climate models suggest that this neutral phase will persist throughout the rest of the summer and into at least early fall.

There is a greater possibility of a La Nina re-developing later in the fall into the winter, but this will have to be monitored over the next few months.

As for the August temperature outlook, at least slightly above normal temperatures are projected across the northern Plains, northern Rockies, Pacific Northwest, Great Basin, Intermountain West, and Desert Southwest. Of course, much of early summer has been hot across many of these same regions and this trend looks to continue. An additional surplus of monthly cooling degree days of between 30 and 90 is projected.

Energy costs with respect to cooling will also likely be higher than average throughout these areas of the country. Much of the eastern half of the United States will likely see temperatures that on a whole average closer to normal for August. The NAO (North Atlantic Oscillation) may go back to being negative sometime in July. If this does occur, that tends to allow periods in which cooler air makes its way southward out of Canada and into the eastern third of the United States. This type of pattern will have to be watched for as well.