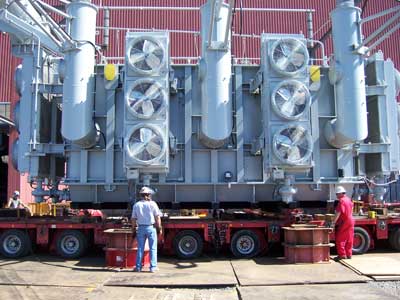 Entergy Chairman and CEO Leo Denault said Oct. 25 that he expects the sale of the FitzPatrick nuclear plant in Upstate New York to Exelon will be completed in the second quarter of 2017.

Denault also said during the quarterly earnings call that he doubts litigation over zero emissions credits in the state will be derailed by a lawsuit filed against the New York Public Service Commission will sink the sale.

Entergy believes the ZEC policy, being challenged by the Electric Power Supply Association among others, will withstand appeal. “The worst case for us is that we get back to the position we were before” and have to shut down the plant, Denault told financial analysts.

The companies announced Aug. 9 the plan to sell FitzPatrick to Exelon after having announced in the fall of 2015 that it planned to retire the nuclear plant. Since August, the proposed sale has been making regulatory progress and approval is expected in the second quarter of 2017.

Without going into detail, Denault said Entergy and Exelon have made arrangements to account for risks associated with the ZEC policy connected with the sale.

The agreement will terminate in late November if certain conditions are not satisfied or waived. The conditions include having the Clean Energy Standard ZECs in New York to be “in full force and effect,” according to Entergy’s quarterly earnings material.

The earnings report noted that FitzPatrick is being sold and Pilgrim plant in Massachusetts is being retired.

Meanwhile, Entergy officials said during the call that the regulated Grand Gulf nuclear plant in Mississippi probably won’t return to service before early 2017.

The unit was shut down Sept. 9 because it wasn’t measuring up to Entergy’s internal standards for “operational excellence,” company executives said during the call.

The Grand Gulf maintenance outage was chiefly trigged by a pump repair, and the plant will take extra time before reconnecting to the grid to evaluate operations, an Entergy spokesperson noted following the call.

Over the past calendar year, Grand Gulf has experienced outage several times for required maintenance. “Before ending the current maintenance outage, plant employees and leadership will take a deliberate and thorough review of processes, procedures and protocols to ensure we are operating to high standards,” the spokesperson said.

“The decision will ensure the needed maintenance and repairs can be fully made, and that worker knowledge and training are at high levels before returning to full operations. To provide the time we need to undertake this process, we anticipate that the unit will not return to service before mid-January 2017,” the Entergy spokesperson went on to say.

During the call, Denault said Entergy is increasing its investment in certain nuclear facilities in order to improve performance and improve the plants’ performance in the eyes of the Nuclear Regulatory Commission.

On an unrelated issue, Denault noted that Louisiana Public Service Commission Chairman Clyde Holloway died this month. Louisiana Gov. John Bel Edwards has appointed former Speaker of the Louisiana House of Representatives Charles “Charlie” W. DeWitt Jr. to serve on the PSC from Oct. 24, 2016 to Dec. 31, 2016. An election for this seat was already scheduled for Nov. 8.

Entergy reported third quarter 2016 earnings per share of $2.16 on an as-reported basis and $2.31 on an operational basis.