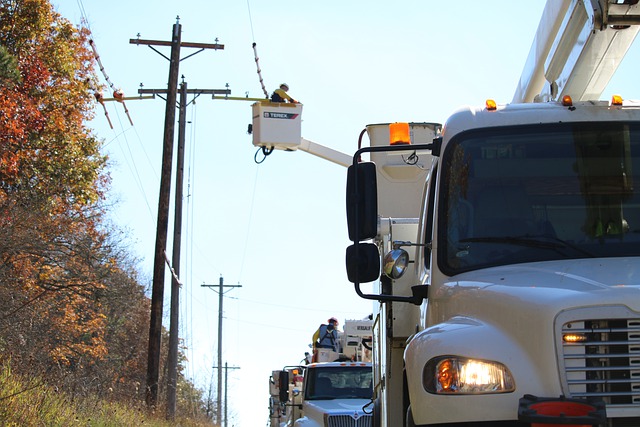 Picture an event impacting the service territory for two utilities; we’ll call them utility A and B. Both belong to the same regional mutual assistance group, or RMAG, which counts 20 utilities as members. Utility A’s storm center team calls the RMAG and requests 800 personnel; utility B requests 1,000 workers. The other mutual assistance members, 18 in all, come to the table and 15 utilities offer a total of 2,000 FTE resources for utility A and B. In this scenario, there are enough resources to satisfy both utilities’ request. Utility A and B then work collectively to allocate the resources in an equitable way, accounting for travel distances, relationships with existing contractors and other factors.

Utility A’s storm center team now sets about finding resources to cover the workers and crews they just lost. To help with this chore as well as the process for requesting, offering and allocating resources, Edison Electric Institute (EEI) provides RMAG members with a network-based, multi-user application called the Resource Allocation Management Program for Utility Personnel, also known as RAMP-UP. According to EEI, RAMP-UP gives its members a reliable, efficient way to offer and match crews where they’re most needed.

Once utility A and B begin receiving crew rosters from other RMAG members and their respective contractors, things become increasingly harder to track. For instance, utility A may get additional resources through RAMP-UP to fill the gap opened by a responding utility recalling its initial allotment of line workers. But once that request is filled, utility A begins requesting rosters that make up the 100 newly added FTEs. Let’s say 45 of those 100 workers were to come from contractor X, and utility A begins processing that 45-person roster. Within a few minutes, utility A receives a second roster from contractor X with 47 workers. Utility A’s storm center team must quickly determine who the two additions are and whether the subsequent roster is the latest version. Four hours later, a third roster arrives from contractor X; this one also has 47 workers on it, but some of the names on the roster are different than earlier versions.

Three rosters with varying numbers and names from the same contractor. Though not the norm, it’s not uncommon to receive multiple rosters from a contractor for the same team of resources. There are valid reasons for the changes and part of doing business. Which roster is accurate, though, and who has the older versions and how does a utility accurately share the latest one? Are there delays in restoration while your storm team center workers fire off emails, make phone calls and tap away on their keyboards and spreadsheets to update who’s actually coming to help utility A? For both utilities, getting the information wrong affects the allocation of lodging, meals, space at staging sites and onboarding, and it delays restoration. Could one utility accidentally count the employees in two rosters from the same contractor in the scenario above and believe they are getting additional resources? That would lead to securing extra rooms, meals, adjusting ETRs or assigning people to different work areas.

A web-based, word processing application or spreadsheet program could help, but a supervisor or lineman isn’t going to access something like that from a smartphone in the field. What’s needed is a web-based central repository, or portal, to digitally lasso and take in rosters, store them, share the data and update elements as conditions change. Add to that alerts shared between the storm center, contractor and field when crew counts change or a contractor swaps out a crew member, or entire crew.

With rosters digitized in a central repository, the storm center team could fire off rosters to supervisors at staging sites along with electronic check-in via technology like QR codes. Arriving crews would display their QR code and supervisors would scan them, automatically updating rosters. For utilities that assign work via an OMS, an API between the OMS and a rostering tool could display the crew lead, with the additional crew members under that person. Whoever is dispatching crews could look at who’s tied to the crew lead and get the crew a work assignment for restoration. Once the dispatcher or storm center team assigns the work, the details could automatically go back to the OMS. That would free up the OMS’s processing power to handle switching & tagging and updating outage information used by call centers.

It’s possible to use a web-based word processor or online spreadsheet program to automate some of this. In fact, some electric utilities do this very thing without version-control problems. But there are shortcomings. For instance, with a word processor application or online spreadsheet, there’s no behind-the-scenes way to easily establish allocation of resources. And when it comes to cost-recovery after an event, how effectively would a web-based word processor or spreadsheet capture all the relevant data along the way for tracking the work crews performed and for reconciling invoices? Especially for investor-owned utilities that are part of an RMAG, the industry has an efficient, high-tech way to “ramp-up” crews; what we need is an equally effective way to round-up crews when conditions and allocations are constantly changing, RAMP-UP along with some form of web portal could help mitigate these issues, speed up restoration, reduce costs and improve customer satisfaction.

Jim Nowak retired as manager of emergency restoration planning for AEP in 2014. He capped his 37-year career with AEP by directing the utility’s distribution emergency restoration plans for all seven of the company’s operating units, spanning 11 states. He was one of the original co-chairs for Edison Electric Institute’s (EEI) Mutual Assistance Committee and National Mutual Assistance Resource Team and a member of EEI’s National Response Event (NRE) governance and exercise sub-committees. He currently serves as senior director of Operations, Product and Services for ARCOS LLC. Contact him at jnowak@arcos-inc.com.