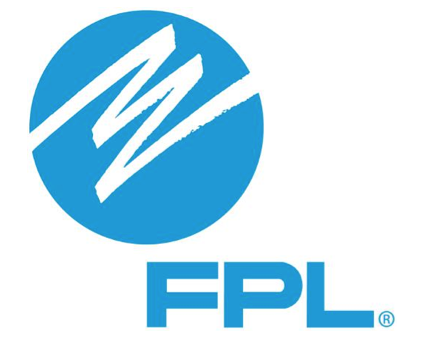 Florida Power & Light Company (FPL) announced that it has been selected by the U.S. Environmental Protection Agency (EPA) as a 2014 recipient of its Clean Air Excellence Award, which honors innovative programs that benefit communities, the environment and the economy.

“FPL has demonstrated a commitment to providing energy and services while reducing air emissions and also keeping bills low for consumers,” the EPA noted on its website. “FPL is widely recognized for lowering emissions with its next-generation clean power plants. FPL has extended this commitment to reduce greenhouse gas emissions and other pollutants through its clean vehicles fleet and consumer education program.”

The EPA recognized FPL’s industry-leading deployment of fuel-efficient vehicle technology, which the utility said is an important part of the utility’s overall efforts to provide affordable, clean, reliable electric service to its 4.7 million customers throughout Florida.

“At FPL, we’re proving every day that it’s possible to provide electricity that is both clean and reliable while keeping customer rates affordable,” said Eric Silagy, FPL’s president. “By investing in fuel-efficiency, we continue to drive down our emissions rate year after year while we also save our customers on their electric bills. In fact, while the costs of many goods and services have increased, FPL’s typical customer bill is 7 percent lower today than it was five years ago.”

FPL’s typical 1,000-kWh residential customer bill has been the lowest among Florida’s 55 electric utilities and approximately 25 percent below the national average for the past five years straight. At the same time, the company’s power plant system continues to be one of the cleanest emissions profiles among utilities nationwide due largely to investments in high-efficiency natural gas-fired generation, emissions-free nuclear power and large-scale solar energy centers.

Since 2001, FPL’s investments in the efficiency of its power plants have saved customers more than $6.5 billion on fossil fuel costs and avoided more than 60 million tons of carbon dioxide emissions.

FPL operates one of the largest clean “green” fleets in the nation with approximately 1,750 biodiesel-powered vehicles and 550 electric and hybrid electric vehicles. In 2013 alone, FPL’s clean-vehicle fleet saved 682,000 gallons of petroleum fuel and prevented more than 6,800 tons of carbon dioxide emissions.

The largest user of biodiesel in Florida, FPL uses approximately 2 million gallons annually to power its trucks in lieu of traditional petroleum-based fuels. In 2006, FPL became the first utility in the nation to place in service a medium-duty hybrid-electric bucket truck, and its current fleet includes both electric and hybrid-electric trucks that use up to 60 percent less fuel and reduce exhaust emissions up to 90 percent. The company also has electric-vehicle charging stations at its newest plants and a parking canopy with solar panels that use sunlight to help recharge electric vehicles at its headquarters.

FPL’s focus on efficient, cost-effective operations extends to its vehicle fleet, which ranks in the top quartile for performance in the industry’s operating-expense-per-vehicle-equivalency as measured by Utilimarc Benchmark Survey. In addition to using cleaner fuels, FPL leverages advanced technology to help reduce the overall fuel consumption of its vehicles. For example, the company implemented a computer-based system to monitor and reduce the amount of time its vehicles are idling in order to prevent unnecessary fuel consumption and emissions.