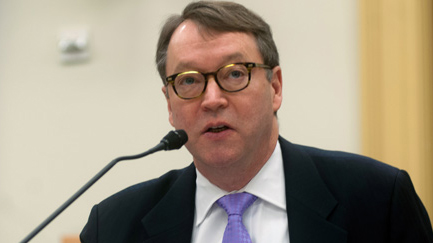 Moeller was elected to the post by EEI‘s board of directors during its winter meeting in Scottsdale.

“On behalf of EEI’s member companies, I look forward to welcoming Phil to the EEI team,” said EEI Chairman Nick Akins, chairman, president and CEO, American Electric Power. “Phil’s diverse talents and considerable expertise in regulatory and legislative affairs will be incredibly valuable for the industry during a time of considerable change.”

“Phil brings tremendous public policy and energy experience to EEI, and will lead three crucial practice areas for our association,” said EEI President Tom Kuhn. “He will be a terrific asset to our organization and EEI’s member companies.”

“This is a very busy time for our industry, and I look forward to working with Phil on a number of critical issues and to identifying solutions that benefit all customers,” added David K. Owens, EEI executive vice president, business operations group and regulatory affairs.

After graduating from Stanford University with a B.A. in Political Science, Moeller began his career in Washington state government before joining Sen. Slade Gorton’s office as a senior legislative aide for energy policy. Moeller then went on to manage the Washington, D.C., office of Alliant Energy before being appointed by President George W. Bush (and subsequently reappointed by President Barack Obama) to serve two terms as a commissioner with the Federal Energy Regulatory Commission.

“I am truly excited about the opportunity to join EEI and to lead the Institute’s activities in these critical areas,” said Phil Moeller. “I look forward to working with EEI’s member companies and with my new EEI colleagues.”

Moeller and his wife, Elizabeth, live in Washington, D.C., with their children.