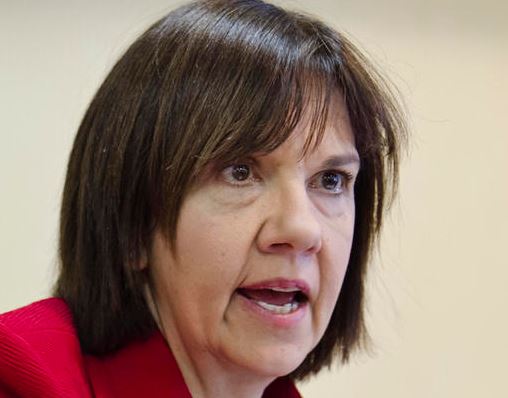 FERC Chairman Norman Bay, in a letter to President Donald Trump, said he is resigning his appointment from FERC, effective as of Feb. 3, and, as noted in a FERC statement, Trump has named FERC Commissioner Cheryl LaFleur acting chairman.

In his letter, Bay said that it has been an honor to serve on the commission since August 2014, and to have been the chairman from April 2015 to Jan. 23.

“I will always be grateful to President Obama for being given the opportunity to serve on the commission,” Bay said. “It has been the honor of a lifetime. FERC is a gem of an agency, and its work touches the life of every single American, 24/7, 365 days out of the year. You and my successors at FERC have my best wishes as you build on the progress we have achieved to date and work to address the energy challenges of the future.”

Bay said that the last few years have brought dramatic change to the energy space, noting that the shale revolution and an abundance of low-priced natural gas, technological innovation, the expanded use of renewable energy, increased energy efficiency and flat load growth, state and federal public policy, as well as consumer choice have been drivers for change.

He said that accomplishments that have occurred within FERC include providing consensus-driven, bipartisan leadership; furthering innovation in the use of analytics and data-driven market oversight and policymaking; creating a more diverse and inclusive workplace; delivering greater transparency to the public on what FERC does and how the public can participate in FERC’s processes; as well as developing a rehearings branch in the Office of General Counsel that has eliminated a backlog in rehearing orders and resulted in the more timely resolution of matters on rehearing.

Bay said that accomplishments on reliability that occurred during his tenure as chairman include strengthening the cybersecurity of the grid; enhancing gas-electric coordination; protecting against geomagnetic disturbances; and securing Critical Energy/Electric Infrastructure Information under the Fixing America’s Surface Transportation Act.

He also said that during his chairmanship, FERC used its statutory authorities to enable the development of infrastructure by, for instance, promoting the development of electric transmission through the use of incentives to allow for a higher return on equity, while fostering competition on projects under FERC Order 1000 in order to benefit consumers; removing barriers to entry for new resources and innovation by issuing a rulemaking that facilitates the participation of energy storage and distributed energy resources in the RTO/ISO markets; as well as licensing hydropower projects and streamlining the licensing process.

Bay said that accomplishments regarding markets include improving price formation in the RTO/ISO markets, with more efficient and transparent pricing that sends better investment signals and rewards flexible resources that more accurately follow dispatch instructions; encouraging the growth of competitive markets across the United States, with the Southwest Power Pool integrating into the Upper Great Plains Region and doubling in size, an Energy Imbalance Market developing in the West, and the creation of the Mountain West Transmission Group; as well as facilitating the interconnection of new resources to the grid by requiring new resources to have primary frequency response capability, making conforming changes to the large and small generator interconnection agreements, requiring new non-synchronous generators to provide reactive power support, and improving ride-through capability of small generating facilities during frequency and voltage disturbances.

“While I recognize that FERC is in a state of transition as we await nominations to fill vacant seats at the agency, it is important that FERC’s work on the nation’s energy markets and infrastructure move forward,” she said. “I would particularly like to thank Chairman Norman Bay for his leadership of the commission over the past two years, and I look forward to working with him, Commissioner Colette Honorable, the terrific staff throughout the agency, and future colleagues at FERC to continue to address the important energy issues facing our nation.”

As TransmissionHub reported, there are already two vacancies at FERC, following the departures of former Commissioners Philip Moeller and Tony Clark. According to the Code of Federal Regulations, a quorum for the transaction of business consists of at least three members present.

In a statement provided to TransmissionHub on Jan. 27, LaFleur said: “The commission is working to get as many orders out as possible, to maximize the time we have with Norman Bay here. I am confident that, with the strong team that we have here at the commission, we can continue to do our work. The commission is also evaluating how best to do the work of the commission going forward as much as possible after Commissioner Bay’s departure. I expect there will be more to communicate on this in the coming weeks.”

She continued, “That said, nominations for the three openings at the commission would be very welcome, and I look forward to the day when we will have a full, five-member commission working here again.”