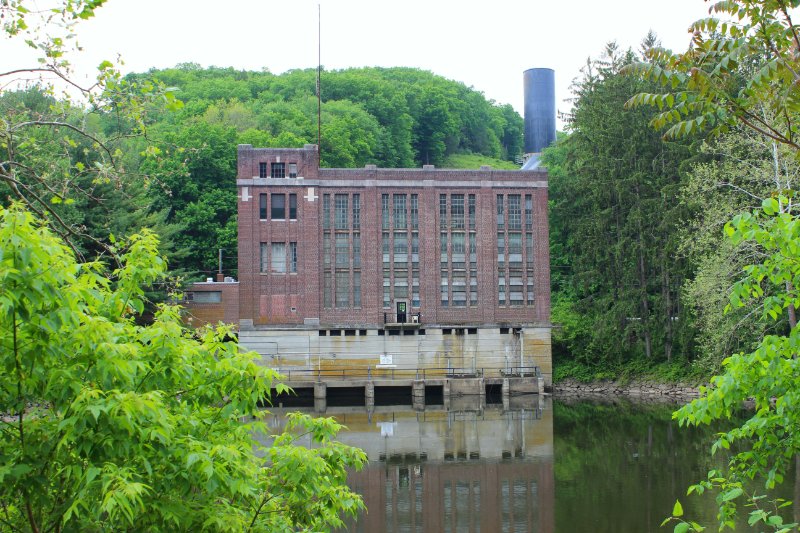 In 1926, Connecticut Light & Power launched what would become the first of many hydro-electric storage systems. The utility purchased a 5,400-acre valley in Western Connecticut, built a dam at the south end, flooded the valley, and created what is now known as Candlewood Lake. Each night, CL&P (now Eversource Energy) uses its off-peak electric surplus power to pump water from the Housatonic River into Candlewood Lake, raising the level of the lake two or three inches each night. During the day, the company runs water from the lake run down a penstock to the Rocky River Hydroelectric Power Plant to produce electrical power. Connecticut Light & Power’s ingenious concept became the first of many man-made lakes around the country that are essentially huge batteries.

“Grid energy storage” or “large-scale energy storage” is being addressed by a broad range of technologies, from batteries to compressed air to flywheels. The type of hydro-electric storage that Connecticut Light & Power pioneered almost 100 years ago is attractive. It is clean and efficient, and once you’ve paid off the investment, it is relatively inexpensive and low maintenance. The problem, of course, is that buying 5,400 acres of land today in any populated part of the U.S. is just not practical.

In this issue of Follow the Patents, we once again look into the future-this time at patents that cover the newest non-battery solutions to balancing off-peak power generation with peak energy demand.

U.S. Patent No. 7,281,371 for a “Compressed Air Pumped Hydro-Energy Storage and Distribution System“ uses both air and water to store power. Issued to Ebo Group, Inc., the invention covered by this patent includes underground reservoirs of air and water. A combination pump and generator is connected to the local grid. During off-peak hours, excess electricity is used to pump water into the air-and-water reservoir, generating substantial pressure head. During peak demand periods, the pressure head forces water through the combination pump and generator to generate electric current that is delivered to the grid. A additional underground reservoir can be interconnected to the reservoir, and a gas turbine generator can be used to generate power during peak demand periods. The reservoirs needed for this invention can be made from abandoned tunnels or mines – eliminating the need to acquire large tracts of land. These underground caverns would be reinforced and sealed by pressure grouting or by installing an internal liner to make them air and water-tight.

U.S. Patent No. 7,969,105 for “Capacitor-Based Energy Storage“ uses a concept that has been around for years – it simply applies the concept to large-scale power storage. Issued to independent inventor Randall Calloway, this patent covers the use of a capacitor or a bank of capacitors, linked to an inverter, to store electricity. A capacitor has the “capacity” to store electrons, and most capacitors are used in electronic devices – everything from cell phones and PCs to radios and televisions – to store small electrical charges. This invention ramps up the size so large amounts of power can be stored. The major benefit of this invention is that the unit has no moving parts, so it will last for decades, and it is totally scalable. Need to store more power? Just build a bigger unit. And, it takes a charge much faster than a battery, and it totally eliminates all of the messy issues that batteries create.

U.S. Patent No. 8,907,524 for “Systems and Methods of Semi-Centralized Power Storage and Power Production for Multi-Directional Smart Grid and Other Applications“ addresses the need for power storage that can transform low-value, off-peak power into high-value peak power using intermittent power sources. It also creates a power storage unit that can be deployed at smaller commercial scales or power storage that can be located close to electric power consumers. Assigned to Expansion Energy LLC, this patent links power-generation and power storage units into a network that uses compressed gas – air, oxygen, nitrogen or some combination of these – to store off-peak power. The compressed gas is stored in a portable unit, so it can be moved to the location where the distributed power generation unit is that needs additional power. The concept has added value in that the power-storage facility also serves as an air-separation plant, and the power-storage unit can also serve as an energy service facility.

Next time: Both solar and wind power are hot right now. And, not surprising, there are new technologies that merge the two to create hybrid green power. In the next Follow the Patents, we take a look at the latest technologies that use both wind and solar power.

About the author: Alec Schibanoff is Vice President of IPOfferings LLC, a patent brokerage and IP consulting firm. He can be reached at alec@ipofferings.com.