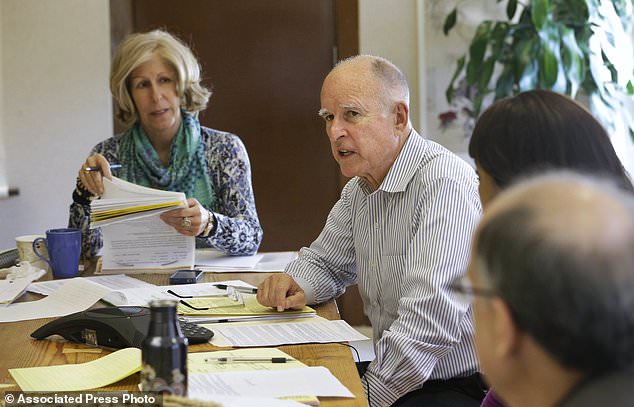 PG&E released a statement honoring McFadden’s memory and remembering her work as head of the utility’s state and federal government relations work. She also was PG&E’s senior vice president of public affairs.

“Our thoughts and prayers are with Nancy’s family and friends. Those who were fortunate enough to work with Nancy at PG&E remember her as a brilliant, charismatic and caring person, who always put public service above self. She was a compassionate, fearless leader and mentor to many. Nancy played a pivotal role in advancing California’s environmental leadership. She left her mark on the world, and we are all better for it. California has lost an amazing champion, and many of us have lost a dear friend,” said PG&E Corporation CEO and President Geisha Williams in a statement.

She joined Brown’s team at the start of his latest tenure and helped forward much of his second go-around as governor of California. She stepped away in January to deal with health concerns.

“Nancy was the best chief of staff a governor could ever ask for,” Brown said in a statement. “She understood government and politics, she could manage, she was a diplomat and she was fearless. She could also write like no other. Nancy loved her job and we loved her doing it. This is truly a loss for me, for Anne, for our office, for Nancy’s family and close friends – and for all of California.”

McFadden also was lauded by former President Bill Clinton and his wife Hillary Clinton, former Vice President Al Gore and many others in state and federal government leadership.

She served in the Clinton administration as well as that of former California Gov. Gray Davis. She later joined PG&E to advise its CEO and head up public affairs efforts.