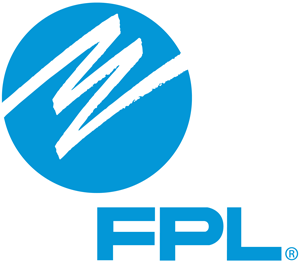 FPL will install several different types of battery systems at locations in the southern Florida counties of Miami-Dade and Monroe to research a range of potential future benefits of energy storage, including grid reliability and power quality. In addition, the research has the potential to improve the integration of renewables in the future as FPL continues to expand its use of solar energy to serve its 4.8 million customers.

“President Obama believes in the need to transition to a cleaner, more reliable, and affordable 21st century power grid. Under his leadership, transformations in how we produce and consume electricity are decreasing carbon pollution, scaling up renewable energy, and generating savings on consumers’ energy bills,” the White House noted in a statement announcing a series of federal and private-sector commitments, including FPL’s project.

“FPL is one of the cleanest, most affordable energy providers in the nation because of our persistent commitment to investing in the future. We are always looking long-term, and we recognize that energy storage has enormous potential for both the reliability of the grid and the advancement of affordable clean energy,” said Eric Silagy, the company’s president and CEO.

·      Repurposing used “second-life” batteries from more than 200 BMW electric vehicles to test “peak shaving” for better grid management during periods of high demand via a storage system to be installed in a densely populated residential area in southwestern Miami.

·      Designing a mobile storage system that could be relocated as needed to prevent power interruptions at major, economically important events (e.g. nationally televised sports, etc.). FPL plans to build the portable battery system in time for testing during the 2017 Miami Open at Crandon Park Tennis Center on the island of Key Biscayne.

·      Building a battery back-up system in the Flamingo community of Monroe County – the southernmost tip of Everglades National Park, where a visitor center, campground and water treatment facility lie 45 miles from any other electric customer – to study ways to improve reliability for isolated areas and develop microgrid foundations.

“Many miles from the hustle and bustle of everyday life, Flamingo is the southernmost developed area in Everglades National Park, providing essential support and amenities so visitors have the opportunity to view wildlife in their natural, undisturbed setting. Because of our remote location, the concept of having clean, quiet, on-site back-up power is exciting. FPL’s project could make a big difference for us and our ability to provide uninterrupted access to this national treasure for thousands of people around the world,” said Mike Jester, chief of facilities management for Everglades National Park.

FPL expects to begin construction on the project this summer with most components in operation by the end of the year.

The project is an extension of FPL’s clean energy research program, which includes a major, commercial-scale distributed solar energy system that opened in April at Florida International University’s College of Engineering in Miami.

In addition, the company continues to make progress on the construction of three new solar power plants that will be among the largest solar power facilities ever built in the eastern U.S. Comprising more than 1 million solar panels, the new, cost-effective plants will begin powering FPL customers later this year, tripling the company’s use of energy from the sun.

FPL’s commitment to clean energy is not new. In fact, because of investments that have been made year after year, FPL is already cleaner today than the 2030 carbon emissions rate goal set for Florida by the U.S. Environmental Protection Agency’s Clean Power Plan. At the same time, FPL’s typical residential customer rates are about 30 percent lower than the national average.

In addition, as part of NextEra Energy, Inc., a global leader in clean energy, FPL is able to leverage the learnings and technical expertise of its sister company, NextEra Energy Resources, LLC, which has energy storage installations in operation or development in Arizona, California, Maine, Illinois, New Jersey, Pennsylvania and Canada.